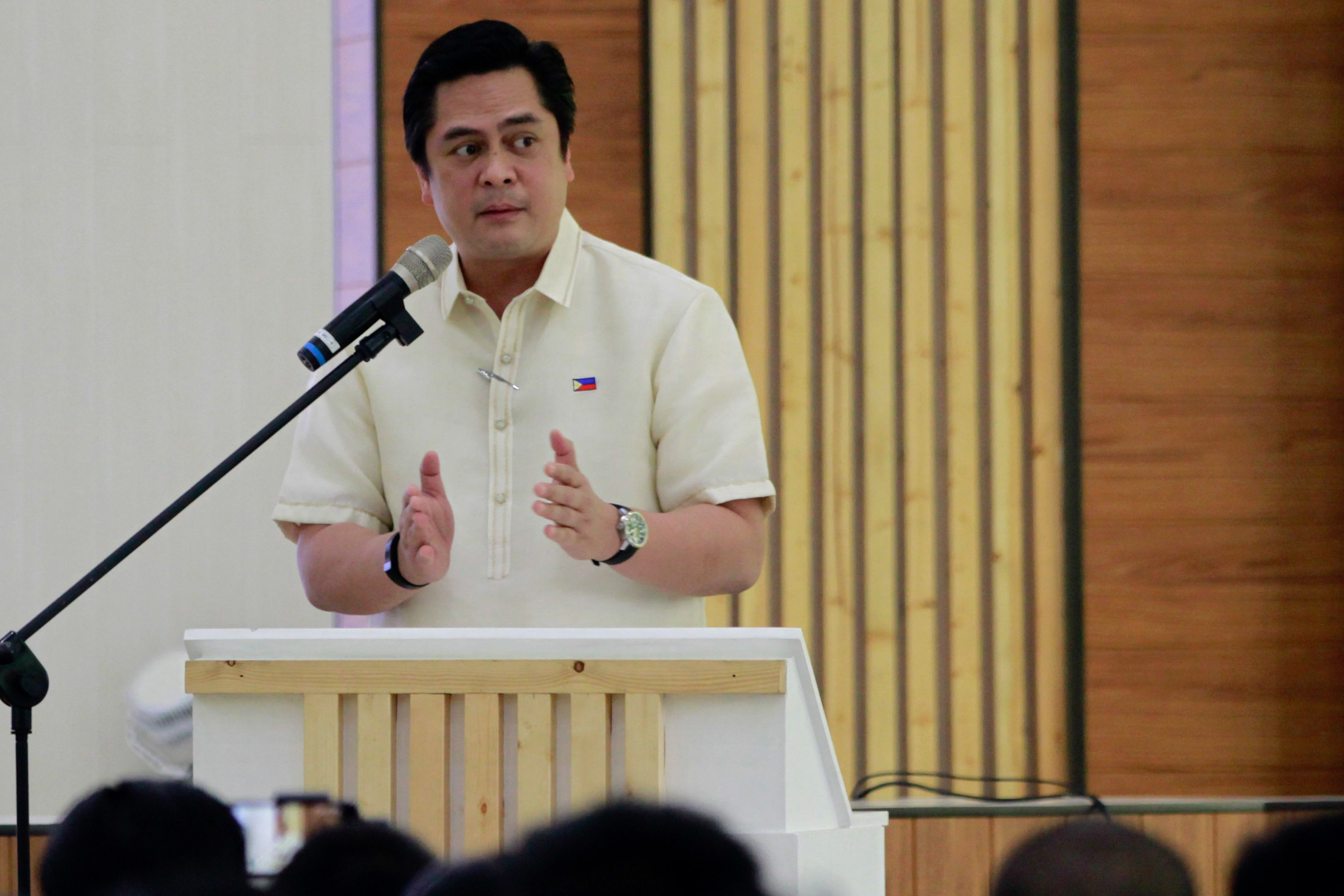 MANILA, Philippines – Presidential Communications Secretary Martin Andanar claimed that as much as $1,000 was offered to members of the media as payment for covering the press conference where a former policeman accused President Rodrigo Duterte of paying Davao Death Squad members to kill.

(We received a report that as much as $1,000 was given during that press conference.)

Earlier that day, Senator Antonio Trillanes IV and a group of lawyers called for a press conference where former policeman Arturo “Arthur” Lascañas claimed Duterte had ordered killings as mayor.

Unwilling to name his source, Andanar said reporters who covered the event were offered money but he was not sure if any of them accepted.

(Reporters were supposedly being offered money where the press conference happened. Someone offered, supposedly. I don’t know if it was accepted but someone informed me.)

Asked where the alleged payments came from, Andanar mused it could be from the “opposition.”

(It was said that the opposition has that much money to bring down the administration, to spread the story of SPO3 Lascañas.)

Later on, however, Andanar said it was difficult to speculate on where the supposed money came from.

(It came from whoever started it. It’s hard to say who it was from.)

Trillanes vehemently denied that reporters were paid off.

(I categorically deny that I or anyone else gave $1,000 to reporters to cover the press conference earlier. We won’t do such a thing and we have enough respect for the Senate media not to do that.)

He blasted Andanar for spreading the allegation to the public.

“That’s the height of irresponsibility for a Cabinet official to say that publicly,” said the senator.

Trillanes also said Andanar’s move was only meant to “divert” attention from Lascañas’ accusations about the President.

Malacañang has dismissed the accusations as “political drama” meant to bring down Duterte and his administration.

“We, broadcast, online, and print journalists covering the Senate strongly protest the unsubstantiated and irresponsible claims made by Press Secretary Martin Andanar that reporters were given as much as $1,000 each to cover the press conference of alleged former Davao Death Squad leader Arthur Lascañas this morning,” they said.

“To our knowledge, no such incident occurred. Such practice is not tolerated among Senate reporters.”

The Senate media also dared Andanar to prove that $1,000 was indeed offered or distributed. Or else, they said, he should issue a public apology.

“We would like to ask the Secretary to prove his allegations as such statements placed our credibility and our respective media entities under a cloud of doubt,” they said.

“Otherwise, we demand a public apology from Secretary Andanar for spreading ‘fake news,’ truly unbecoming of someone who, just a few months ago, came from the media industry.”