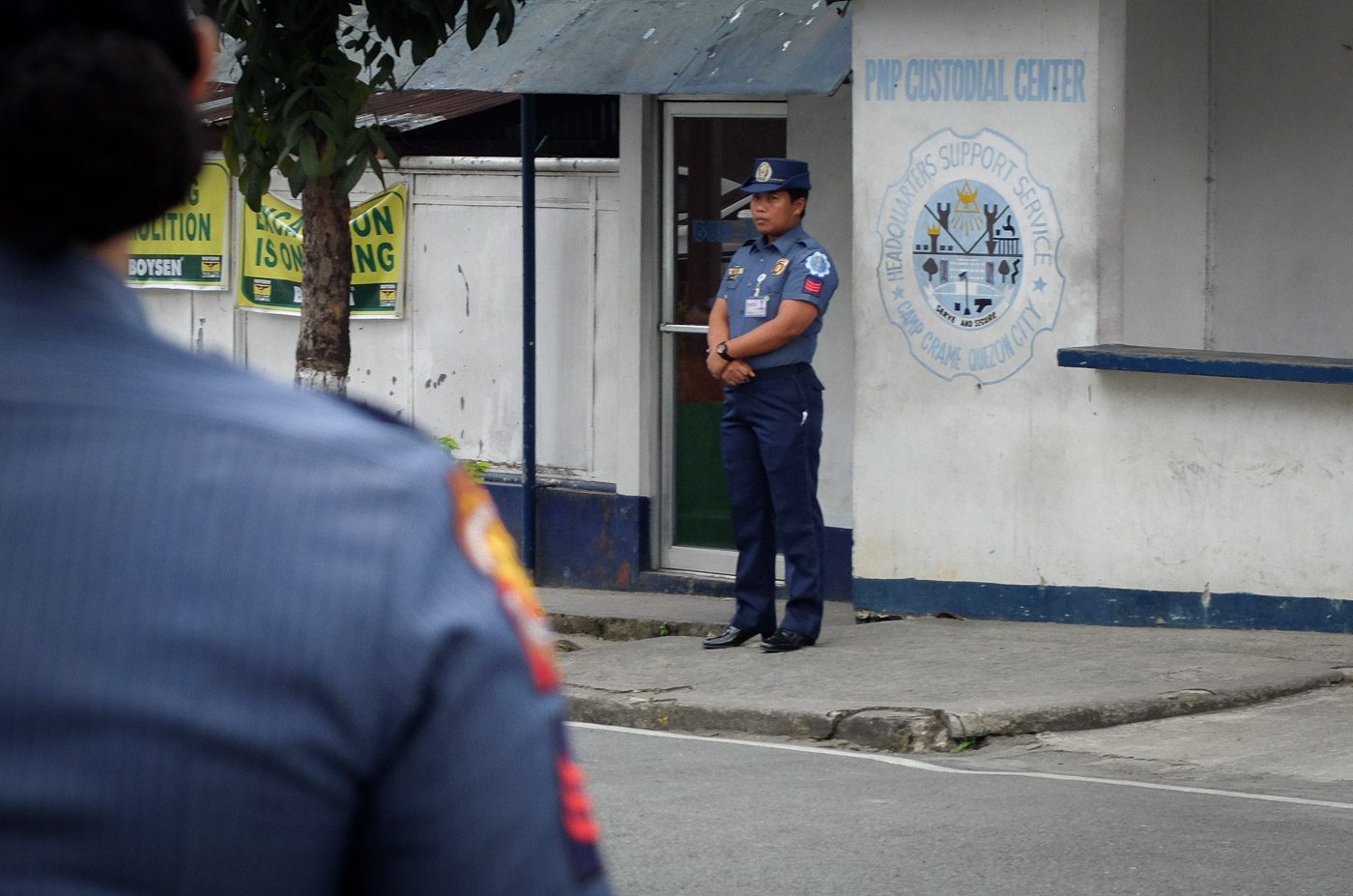 Facebook Twitter Copy URL
Copied
Senator Leila de Lima's cell – which used to be occupied by either former senator Juan Ponce Enrile or the Tiamzon couple – has a fan, a bed, and a bathroom, says her lawyer

PNP spokesman Senior Superintendent Dionardo Carlos said in a news briefing on Friday that De Lima was given two choices for her detention cell, following her arrest on drug charges filed by a Department of Justice (DOJ) panel.

The cells’ previous occupants were Enrile, who was granted bail in 2015 for humanitarian considerations; and the Tiamzons, who were granted temporary liberty last year to join the peace negotiations.

Enrile and the Tiamzons were arrested and detained during the previous administration, when De Lima was justice secretary.

Carlos said the PNP prepared the rooms based on what it believed to be the “best for her security and safety.” At the time he held the news briefing, the PNP spokesman could not say which cell De Lima would choose.

De Lima’s lawyer, Alexander Padilla, told Rappler in a telephone interview that De Lima had already settled in one of the cells, but he was not sure about the previous occupant.

Padilla described the room as “decent,” with a bed, an electric fan, and its own bathroom.

De Lima wanted to personally check the cell that would be assigned to her out of security concerns. Prior to her arrest, the senator had repeatedly asked for prayers for her security while in police custody, citing the cases of Albuera Mayor Rolando Espinosa Sr and South Korean businessman Jee Ick Joo.

Espinosa was killed in a police operation believed to be a “rubout” in his Leyte jail cell in November 2016, while Jee was killed inside Camp Crame after policemen abducted him from his Pampanga home in October 2016.

Responding to questions, Carlos said while there were no special measures taken regarding De Lima’s detention, he assured her that she will be safe in Camp Crame.

The PNP spokesman said there might be “questions” if the group securing De Lima included those implicated in the Jee case, like Senior Police Officer 3 Ricky Sta Isabel, “Dumlao, and party.”

“But definitely with Chief PNP, HSS (Headquarters Support Service) and CIDG (Criminal Investigation and Detection Group), we will make sure that she’s safe and secure in our custody,” Carlos said.

Carlos said a female officer will be assigned to De Lima.

He also said the PNP could arrange a setup that would allow De Lima to continue performing her functions as a senator, as had been done in the past.

“Hindi na ho bago ang pamamaraang ito (This arrangement is not new). This has been done in the past, and it can be done again, basta (for as long as) it’s properly coordinated,” Carlos said.

De Lima will be allowed to keep her books inside her detention cell, according to Carlos.

The senator shares the same compound with former senators Jinggoy Estrada and Ramon “Bong” Revilla Jr, who were jailed over graft and plunder charges in connection with the multibillion-peso pork barrel scam during the previous administration.

Carlos said there will be designated times when De Lima will be allowed to go out of her detention cell and possibly see the other detainees. – Rappler.com