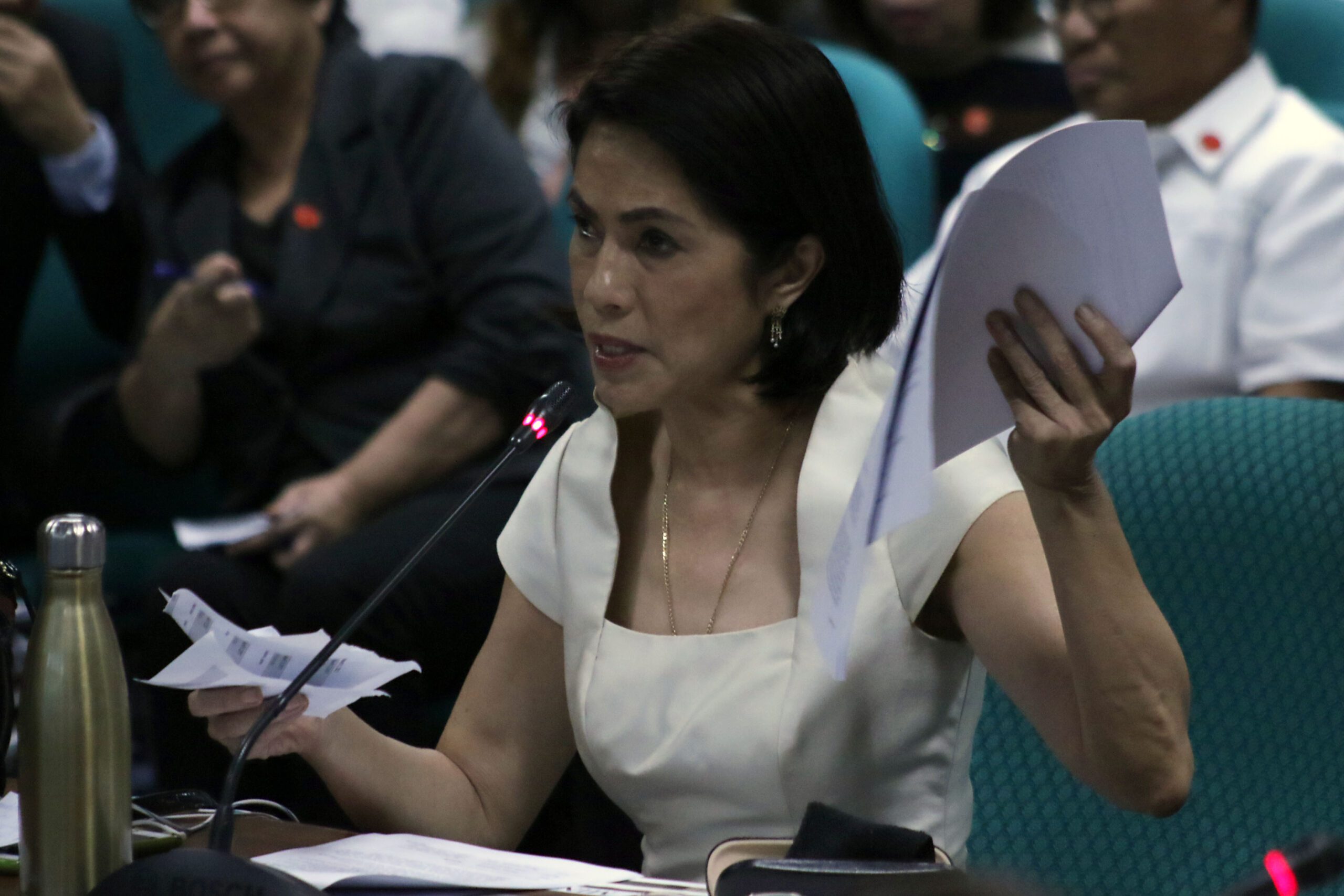 Facebook Twitter Copy URL
Copied
Environment Secretary Gina Lopez questions the P50-million MICC review of her order to close and suspend mining operations, saying this is a function it is 'not mandated to do'

MANILA, Philippines – Environment Secretary Gina Lopez on Thursday, March 9, explained her opposition to the ongoing review of the Mining Industry Coordinating Council (MICC) of her order to shut down or suspend 28 mine operations.

“I feel [that] P50 million [for cost of review] is a usurpation of a [Department of Environment and Natural Resources] mandate,” Lopez told the Commission on Appointments (CA) during her confirmation hearing on Thursday.

In February, Lopez ordered the closure of 23 mines and the suspension of 5 others following a mining audit criticized by miners as well as some Cabinet officials because it allegedly denied the concerned mining companies “due process.”

She revealed on Thursday that she personally gave President Rodrigo Duterte a “memo” where she “seriously questioned spending P50 million for a function the MICC is not mandated to do.”

Lopez, a co-chair of the MICC, earlier said in a Reuters report that “the MICC is not mandated to do a review of any mining operation.”

Occidental Mindoro Representative Josephine Ramirez Sato asked Lopez about her objection to the review “because it is your view it’s in your jurisdiction to close these mines.”

“There’s nothing in the paper which led to the formation of the MICC that authorizes it to review mining operations. Only DENR [is] mandated,” Lopez told the CA.

Sato then asked: “If the Secretary is questioning the legality of the review, what will happen in the event the MICC comes up with a decision? Whose decision will be followed?”

Lopez said in the end, it is still up to the President.

Senator Loren Legarda then joined the discussion. “I think the Secretary made it clear if indeed there’s [a] presidential order, she’ll comply.”

“I don’t think the Secretary meant that she’s opposing any directive of the President as long as this memo emanates from the President. If there’s budgetary support for it, so be it. That’s my understanding from the nominee. Is that correct, Secretary?” Legarda asked Lopez.

Lopez answered yes and added that the MICC is recommendatory – a reiteration of her position that only the President can tell her what to do.

Finance Secretary Carlos Dominguez III, who co-chairs the MICC with Lopez, said the council will finish its review of mining closures ordered by the DENR in 3 months. – Rappler.com