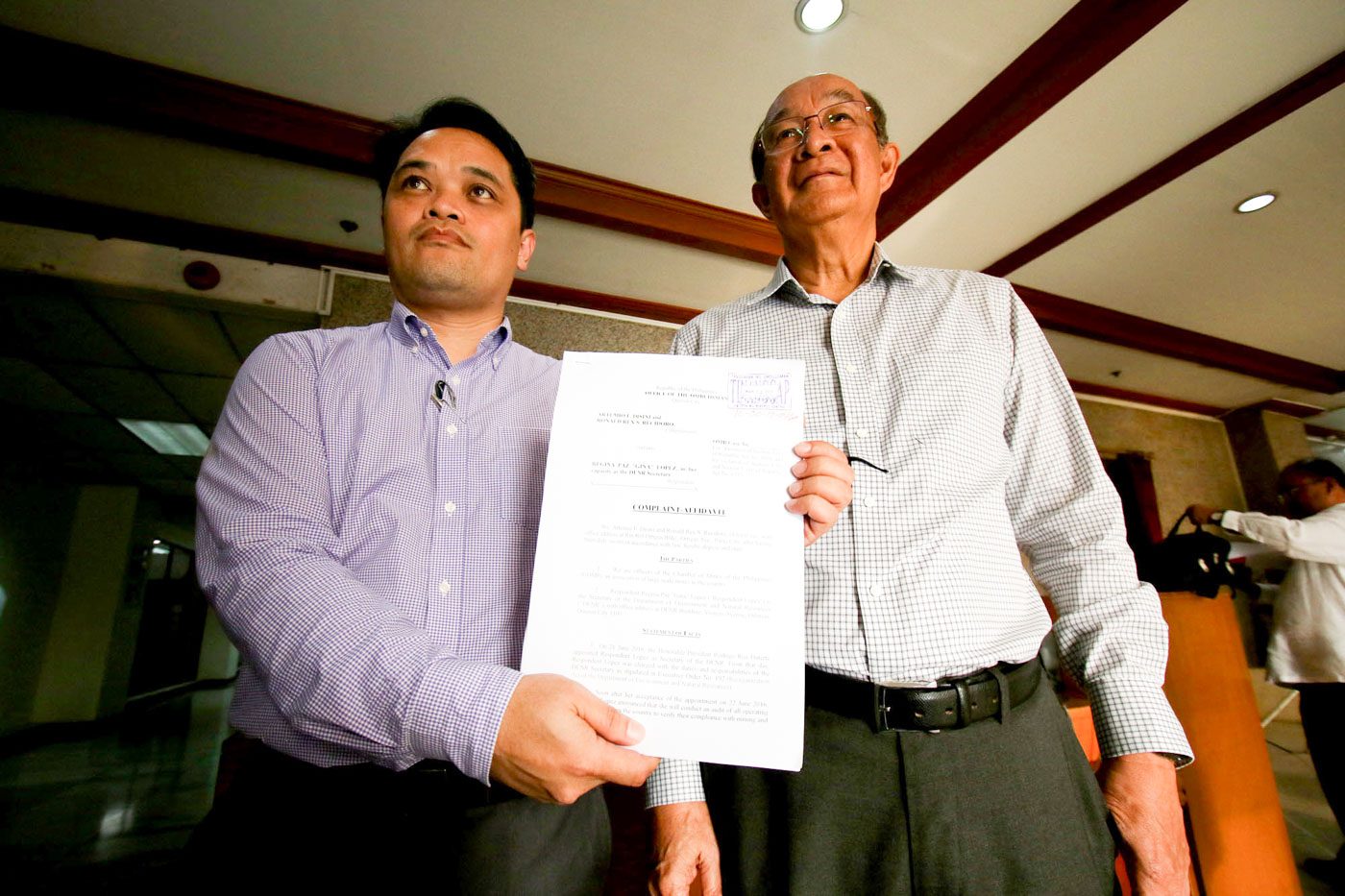 MANILA, Philippines – The Chamber of Mines of the Philippines (COMP) filed a complaint against Environment Secretary Gina Lopez before the Office of the Ombudsman, accusing her of graft and unethical behavior for ordering the closure and suspension of several mining operations.

In its complaint-affidavit filed on Monday, March 13, COMP said Lopez violated Republic Act (RA) 3019 or the Anti-Graft and Corrupt Practices Act when she “skirted” due process at the expense of mining firms.

COMP noted that Lopez already announced the suspension of several mining firms on September 6, 2016 even though the results of the mining audit of the Department of Environment and Natural Resources (DENR) were only released on September 27.

“[Lopez] released the result of an official audit publicly without giving chance for the subject of the audit to know and defend themselves against the allegations and accusations thereby destroying the reputation and businesses of several mining companies,” wrote COMP’s Artemio Disini and Ronald Recidoro in their complaint.

This happened again in February 2017, as mining firms claimed they were not informed of the detailed audit results, but Lopez already announced closures and suspensions to media. (READ: Mining firms use FOI, ask DENR for specific audit findings)

“[Lopez] ordered the closure of several mining corporations without basis in law and/or without due process, only because Lopez believes that ‘you cannot have mining operations in a functional watershed,'” the complainants said. (READ: Confusion over the mining list: How did DENR decide on closure?)

They also accused Lopez of “making biased statements in bad faith and with clear manifest prejudice against the mining corporations.” (READ: Lopez to CA member: Tell your brother he killed a mountain)

These alleged offenses, according to COMP, are violations of Section 3(e) of RA 3019, which prohibits public officials from causing “any undue injury to any party, including the Government, or giving any private party any unwarranted benefits, advantage or preference in the discharge of his official administrative or judicial functions through manifest partiality, evident bad faith or gross inexcusable negligence.”

Lopez was also accused of violating RA 6713 or the Code of Conduct and Ethical Standards for Public Officials and Employees.

COMP said the DENR chief is “acting in an unprofessional manner not befitting the status and standard of her official position by attacking mining corporations without cause and basis.”

“It cannot be clearer to anyone that Lopez discriminates against the mining corporations and her public statements are proof enough of her complete disregard over the rights of these corporations,” the complainants also said.

President Rodrigo Duterte on Monday backed Lopez anew as he accused unnamed mining companies of funding a destabilization plot against his administration.

Malacañang earlier said that if Lopez gets bypassed by the Commission on Appointments, Duterte is open to reappointing her. – Rappler.com