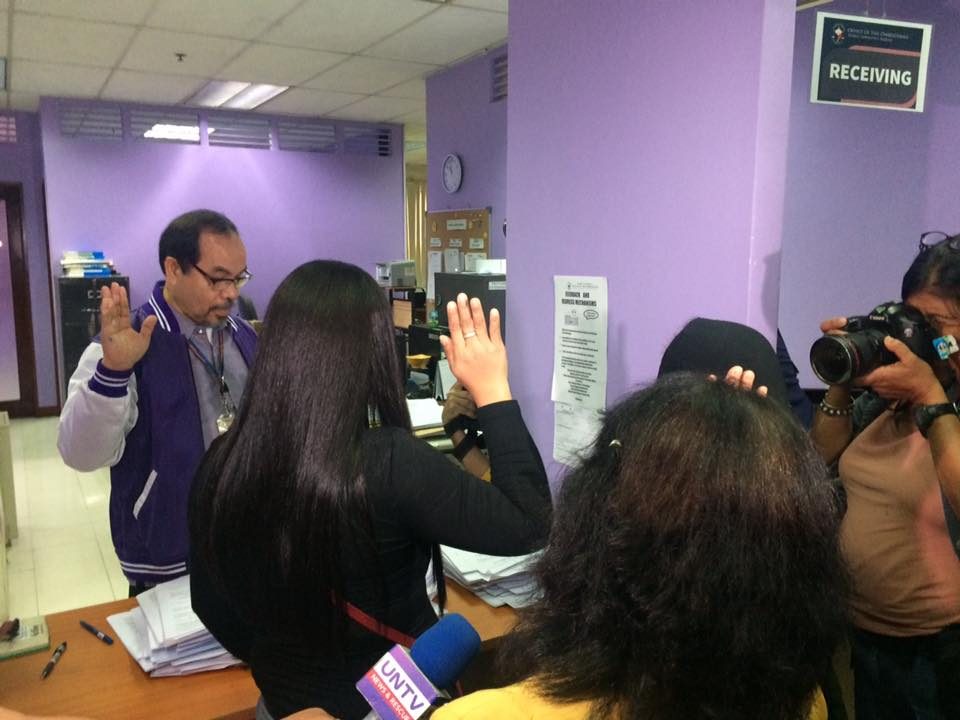 MANILA, Philippines – Despite fear for their safety, the families of Payatas men killed in the name of the government’s war on drugs have come forward to strengthen evidence against Quezon City policemen in an extrajudicial killing complaint.

They follow the lead of Efren Morillo, friend of their slain relatives who survived the “execution-style killing” and who earlier filed his complaint before the Office of the Ombudsman.

According to lawyer Rommel Bagares, they have monitored around 100 similar cases being handled by other lawyers.

Could this lead to cases that will directly link President Rodrigo Duterte and the Philippine National Police to the murders?

Bagares stressed the importance of paper trail but lamented the police’s lack of cooperation when it comes to providing documents.

They conducted the Oplan TokHang operations and allegedly gunned down the victims while they sat on a bench handcuffed and begging for their lives.

Apart from Cule, Daa and Gabo, Anthony Comendo also died in the operation but his family is too scared to file a case.

(There were 4 victims, there’s another relative who should have filed but they didn’t because they were scared. In fact, we think they’re still being subjected to threats and intimidation.)

(We found out that two dead bodies were thrown near the house of Marcelo Daa’s mother as a way of threatening our clients.)

This, even if they had secured a permanent protection order from the Court of Appeals (CA) last February.

Bagares and his colleagues from the Center for International Law (CenterLaw) first sought a writ of amparo from Supreme Court (SC) and later the (CA) precisely because the complainants claimed they were being harrassed by the said policemen.

In granting the writ, the SC and the CA prohibited the cops from going within a 1-kilometer radius from the complainants.

The courts also directed the reassignment of the policemen and ordered the PNP to update the complainants of their investigation into the incident.

The policemen conducted TokHang operations on August 21, 2016 – a police practice of knocking on doors of suspected drug dealers and pushers to convince them to surrender. Critics said the campaign is a mere cover for executions.

The cops barged into a shanty in Payatas where the five men were playing pool. A 14-year-old witness said the cops took the men to the back of the house and shot them one by one.

“Jessie Cule was the last of the 3 to be killed. He begged to be spared, hugging the legs of one of the armed men and sobbing. As he would not let go of his hold, the man shot him on the nape,” their petition to the SC reads.

Morillo survived by playing dead and then later sliding down into a ravine and walked until he reached the highway. Morillo is now under the custody of the Commission on Human Rights (CHR)

On Tuesday, another murder complaint was filed against Police Superintendent Ali Jose Duterte for the deaths of a drug suspect and his son in a buy-bust operation in Caloocan in September 2016. – Rappler.com