Families of casino attack victims get no help from Resorts World, funeral homes 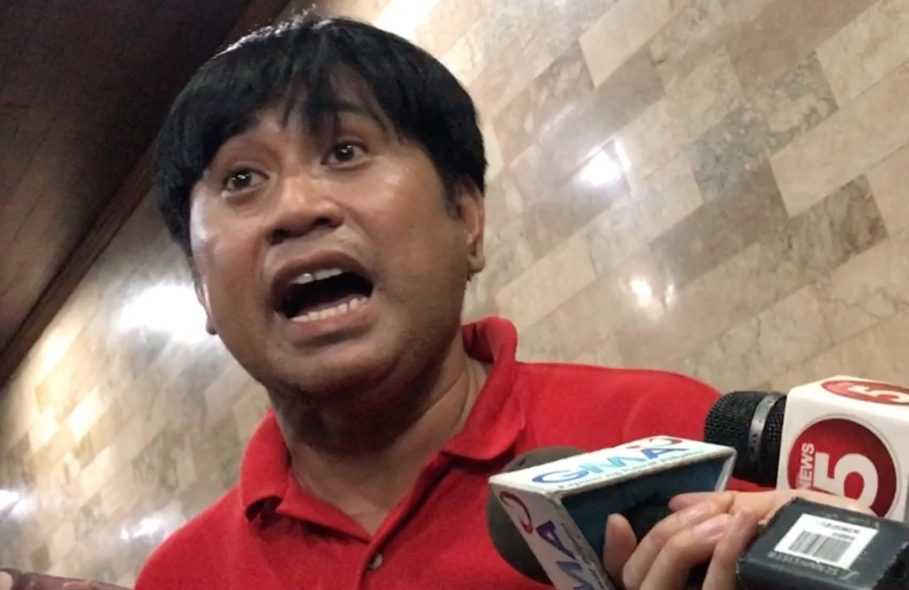 Facebook Twitter Copy URL
Copied
Funeral parlors are imposing conditions before releasing the bodies, families say, while Resorts World has not delivered on 'full support and assistance' it promised

MANILA, Philippines – Relatives of those who died in the Resorts World Manila (RWM) attack complained Friday night, June 2, they had not received the help they needed from the casino hotel, contrary to management’s announcement that it would provide them “full support and assistance.”

They were also helpless as funeral parlors refused to release the bodies of the victims. Some families said they were being pressured to agree to subject their dead to autopsy or the bodies wouldn’t be released. Others said the funeral parlors wouldn’t perform autopsy on their dead unless they agreed to purchase the caskets from them or pay for caskets they do not like.

An armed man set the casino on fire past midnight of Friday, and later killed himself, authorities said, refusing to reveal the identity of the suspect. Killed were 37 casino guests and employees plus the suspect, while 54 were injured and are in various nearby hospitals. (READ: Suspect in Resorts World attack a ‘longtime guest,’ says BFP)

“Tinatanong namin kung ano ba ang p’wede naming maano namin, hindi nila alam,” said Michael Coria, cousin of RWM employee Meryll Gwen Ala. (We asked about what help we can get from them, they do not know.)

While waiting at Rizal Funeral Homes in Pasay City, Coria’s family had been asking RWM representatives for a list of compensation and benefits the company would provide for them, but Coria said they had not been given any, despite waiting for hours.

Austin Ala, brother of Carol Ala, called on Resorts World Manila management to send them someone credible and someone who can give them “straight answers”. The representatives they have been sending, according to him, “do not know anything.”

“Ginagawa nila kaming tanga eh,” Ala said. “Halos hatinggabi na, namatay na nga eh, eh bakit di pa namin makuha?” Ala said. (They are making a fool of us. It is almost midnight, [our relative] died, why can’t we get them?) (READ: From relief to despair: Brother of Resorts World victim recalls fretful wait)

They acknowledged that they received transportation assistance to the funeral homes, and food to get them by, but said these were far from enough. They are expecting RWM to pay for all the funeral expenses and also face them to discuss compensation for its “security lapse” that led to the deaths. (READ: Resorts World Manila confirms 35 dead, denies security lapse)

Coria and Ala said the bodies of their relatives had automatically been listed for autopsy. Some families on the scene said they were told it was “required”, and some said they were given “waivers” to opt out.

Virginia San Juan said she did not want the body of her sister Pacita Comquilla, a guest at RWM, to undergo the examination since she already believed reports saying the victims died of suffocation.

But instead of letting San Juan’s family begin with the funeral services, the management only overwhelmed them with instructions beyond signing a waiver. She was stressed out enough to finally allow them to perform the autopsy.

“Na-suffocate lang sila, marami pang proseso, maraming sinasabi sila na hindi namin alam kung ano ang gagawin talaga namin,” San Juan said. (They were suffocated, that’s it. Why does the process have to be complicated? They are saying a lot of things, we’re confused as to what we’re supposed to do.)

Families who did not sign the waiver were made to wait for 6 hours for the autopsy to be complete before they could move forward to arranging funeral services.

Robert Muñoz, father of victim Sheyreen Ivy Munoz, said Resorts World assured him it would shoulder all expenses from the funeral service. His worry, however, is that he has to bring home the body of his eldest daughter, 33, back to Olongapo, and funeral parlors there might refuse to provide services if they use the coffin provided by Rizal Funeral Homes.

Muñoz said he arrived at Rizal Funeral Homes in Pasay City past 6 pm Friday, from his work in Bataan. He had not seen the body of his daughter.

In a press conference Friday afternoon, Resorts World Manila chief operating officer Stephen Reilly promised “full support and assistance” to the families of the injured and the deceased.

“The company has extended medical assistance to the 54 individuals who were taken to nearby hospitals,” he said, reading his statement.

A Resorts World Manila representative who went to Rizal Funeral Homes Friday night refused to introduce himself nor talk to the media. – with reports from Eloisa Lopez, Angelo de Silva, Jeff Digma/Rappler.com