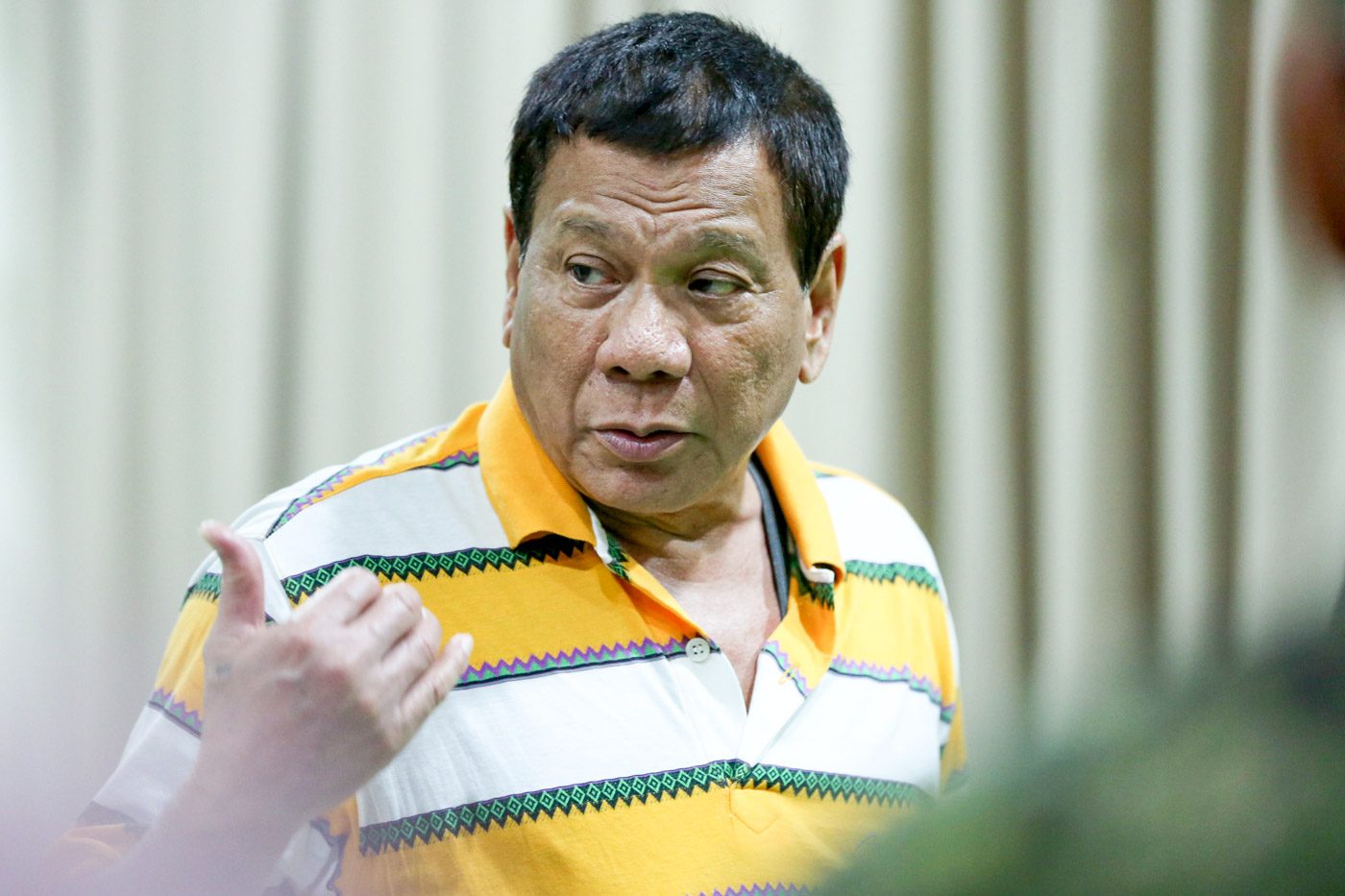 MANILA, Philippines – President Rodrigo Duterte said on Friday, June 9, that he would “follow” whatever the Supreme Court says on his martial law declaration in Mindanao.

In an ambush interview in Sultan Kudarat, where he addressed members of the 6th Infantry Division, the President said he was certain that the High Court would consider the Islamic State (ISIS) threat in its decision.

“I’m sure that they would take into account the fighting going on, and what’s behind it. Ang nakakatakot ‘yung ISIS (ISIS is alarming),” he added.

The SC has already set 3 days for oral arguments – June 13, 14, and 15 – on the petition filed by minority lawmakers who sought the nullification of martial law.

Duterte imposed martial law in Mindanao through Proclamation 216, after local terrorists with links to ISIS attacked Marawi City on May 23. (READ: Question you need to ask about martial law)

In a speech before soldiers in Camp Iranun in Sultan Kudarat on Friday, the President hit critics of his martial law declaration for thinking that he did it to keep himself in power, as what had happened during the Marcos regime.

His message to the “doubting Thomases,” he said, is that he will not “perpetuate” himself in power.

He quipped that he was so eager to cut short his term that if former senator Ferdinand “Bongbong” Marcos Jr or Foreign Secretary Alan Peter Cayetano had won the presidency, he would resign.

“I am the second president to declare martial law. I am not proud of it; I am not happy,” he said, adding that the imposition of martial rule “indicates that there is trouble.”

“I declared martial law because the AFP and the police told me na (that) it has reached its critical moment,” the President also said. (READ: How a military raid triggered Marawi attacks)

Duterte is the 3rd Philippine president to declare martial law since Marcos did the same in 1972, a dark chapter in Philippine history that was marked by abuse, violence, and corruption.

While the President had said that his martial law would be just as harsh as military rule under Marcos, Defense Secretary Delfin Lorenzana, the martial law administrator, assured the public that human rights would be upheld. – Rappler.com