Under Aguirre: DOJ in numbers 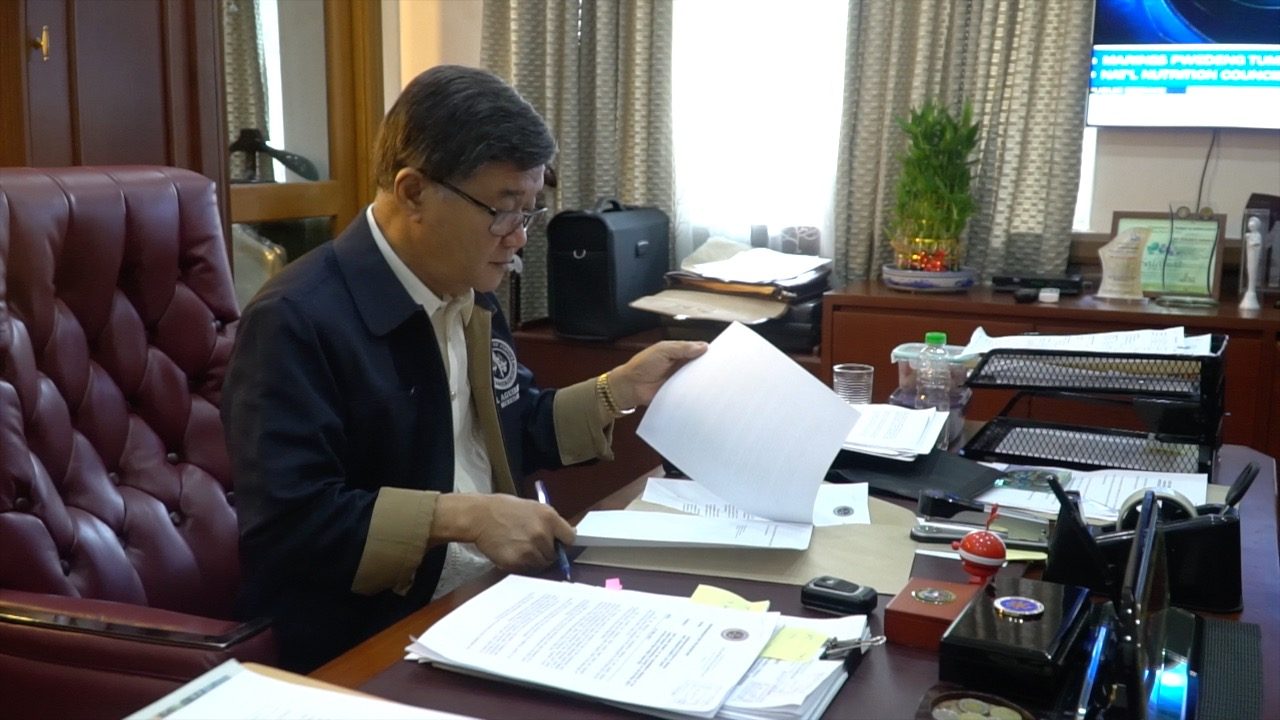 MANILA, Philippines – Justice Secretary Vitaliano Aguirre II has a message for the 2016 bar passers: come work for the Department of Justice (DOJ).

According to Aguirre, the agency is missing almost half of its manpower and they are desperate for more lawyers to go on board.

“We have a vacancy rate here in our employment staff of about 45%, we need 1,500 more lawyers here and in the next few years we plan to hire 2,000 more,” Aguirre told Rappler.

To cope with the manpower problem, Aguirre hired law students to work part-time for the DOJ as paralegals.

“Despite the fact that we are undermanned, we are doing our best by using, employing paralegals and distributing cases to our different prosecutors in Metro Manila,” Aguirre said.

Data provided by the DOJ to Rappler shows highter rates in disposition of cases in 2016 compared to 2015.

In terms of success rate, the DOJ said they were able to secure 23,184 convictions of the cases it prosecuted and brought to court. This translates to a 76.7% conviction rate compared to 71.9% the year before.

The legal services unit, however, fell very slightly below target, based on data in the 2016 report on the DOJ by the Commission on Audit (COA).

For example, the DOJ aimed to act on 20,000 requests for legal services, but was only able to respond to 15,498. The DOJ also aimed to act on legal requests more quickly, or within 15 days of the filing of request. It endeavored to do so with 95% of such requests, but fell short with 93.49%.

According to the DOJ’s organizational structure, Aguirre can have 3 undersecretaries and 5 assistant secretaries. Currently though, Aguirre has 5 and 6 respectively.

Kho is the head of the newly-created task force to reinvestigate the pork barrel scam, Orceo, on the other hand, wrote the recent DOJ resolution which downgraded the charges from murder to homicide against policemen in the killing of Albuera, Leyte mayor Rolando Espinosa. It was also the second case under Aguirre’s time which sw the DOJ flip-flop.

In COA’s 2016 audit of the DOJ, there were notable dramatic increases in the expenses of the agency – donations and confidential funds.

According to the DOJ, it’s because they were able to complete P143.9-million worth of halls of justice buildings which they donated to the Supreme Court (SC) as agreed upon.

“Under a memorandum of agreement, the ownership of all the buildings that have been completely constructed under the Justice System Infrastructure Program (JUSIP)…shall be transferred to the SC upon final acceptance from the contractor of the buildings,” DOJ Assistant Secretary Adonis Sulit said.

In COA’s notes to financial statements, under Maintenance and Other Operating Expenses (MOOE), the Confidential, Intelligence and Extraordinary Expenses increased by P47 million from P68 million in 2015 to P115 million in 2016.

“While the observation that there is an increase of P47 million is correct, it does not mean there was an increase in expenses compared to prior year. Rather, it is due to the timing of the recognition of expenses. In fact, our statements of allotment, obligation and balance would show that the cash advances granted on confidential expenses for 2016 decreased by P35.5 million as compared to 2015,” Sulit said.

But what are the confidential funds for? The DOJ provided a breakdown for 2016: