Will Dimaampao be the 2nd Muslim SC justice? 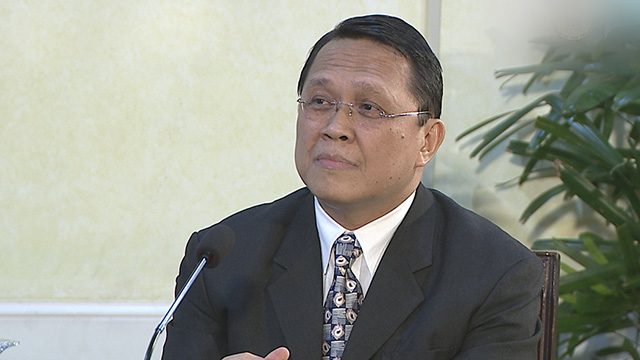 Facebook Twitter Copy URL
Copied
Dimaampao, born in Marawi City, is pushing for the organization of a sharia appellate court

MANILA, Philippines – Court of Appeals (CA) Associate Justice Japar Dimaampao is on top of the shortlist sent to President Rodrigo Duterte for a vacancy at the Supreme Court (SC). This increases the odds of him being appointed to the High Court because he is also shortlisted for another vacancy, which Duterte has yet to fill.

Dimaampao and Sandiganbayan Justice Alexander Gesmundo garnered the most votes in the shortlist released on Friday, July 7, by the Judicial and Bar Council (JBC). This is for the vacancy which will be left by Associate Justice Jose Mendoza, who retires on August 13.

The SC has had only one Muslim justice in its history – Abdulwahid Bidin – who was appointed Associate Justice in 1987. Dimaampao, born in Marawi City, has been pushing for the organization of a sharia appellate court and vows to enrich jurisprudence on sharia law.

In his interview with the JBC in 2016, Dimaampao said that should Duterte suspend the privilege of the writ of habeas corpus, he must “adhere to his constitutional limits when he does so.”

Under RA 9054 or the Autonomous Region in Muslim Mindanao (ARMM) act, “it shall be the policy of the central government or national government that, whenever feasible, at least one (1) justice in the Supreme Court and two (2) justices in the Court of Appeals shall come from qualified jurists of the autonomous region.”

Here is the complete list for Justice Mendoza’s spot:

Here is the earlier shortlist for Justice Reyes’ spot:

Missing from the shortlists is Court Administrator Midas Marquez who was nominated for both posts. Whoever will be picked from these shortlists will be Duterte’s 3rd and 4th appointee, after San Beda schoolmates Associate Justices Samuel Martires and Noel Tijam. After them, Duterte gets to appoint 8 more in his term.

The changes in the High Court come amid highly controversial issues pending their decision. The SC is yet to decide on the petition of detained Senator Leila de Lima.

Sitting as the Presidential Electoral Tribunal, they will also rule on the electoral protest for the vice presidency filed by former senator Ferdinand “Bongbong” Marcos Jr.

Gesmundo told the JBC in his public interview on Tuesday that he supports cuts in processes for faster administration of justice. These reforms include the prohibition of filing of a motion for determination of probable cause, and the introduction of evidence at the early court proceedings.

Gesmundo is the anti-graft court’s 7th Division chair and former commissioner of the Presidential Commission on Good Government. He obtained his law degree from Ateneo.

Hernando is from San Beda Law Batch 1990 and was a trial court judge for 7 years before he was appointed to the CA in 2010. In his public interview with the JBC, Hernando said he has “personal reservations” with the SC ruling that granted bail to plunder defendant former senator Juan Ponce Enrile.

Of the 8 shortlisted nominees for Justice Mendoza’s post, the two Reyeses of the CA believe Duterte has sufficient factual basis to declare martial law in Mindanao. It is also the majority view in the SC as they upheld the constitutionality of Duterte’s proclamation.

Presiding Justice Andres Reyes even said Congress need not convene to deliberate on martial law now, but only when it intends to revoke the declaration. (READ: JBC interviews: SC applicants’ stance on current issues)

Carandang, however, believes the two chambers must vote in a joint session to ratify martial law. Bruselas backed the SC’s power to review the declaration.

Carandang also opposed the SC decision allowing a hero’s burial for the late president Ferdinand Marcos, a move consistent with the wishes of Duterte. Carandang said the burial should not have been allowed “on a moral ground” but recognized there is no law prohibiting it.

Bruselas acknowledged the Marcos burial was an “exercise of the prerogative of the executive branch.”

Lazaro-Javier also opposed the Marcos burial. When asked about extrajudicial killings, Lazaro-Javier said then that the situation has not reached a point where it is widespread and systemic. – Rappler.com