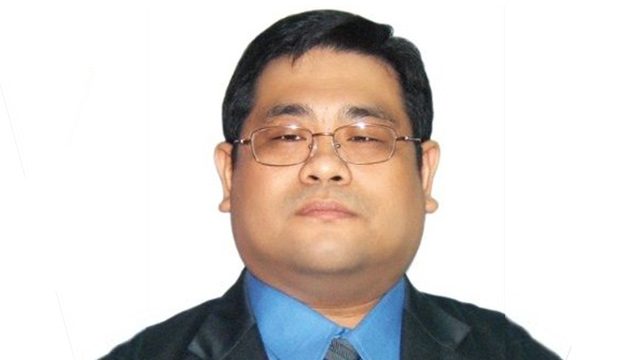 Cañete was among the first to the crime scene following the fatal shooting of 17-year-old Kian delos Santos, who was killed by police during a drug raid on August 16.

The prosecutor then drew flak for saying on his Facebook account and in media interviews that Delos Santos’ innocence was far-fetched. Several lawmakers called him unprofessional and unethical.

“I am not saying they did not kill the kid. [Police] should be held accountable if ever it’s a proven EJK (extrajudicial killing). But making the kid super innocent? I am not buying it,” Cañete told the Inquirer.

He was the same prosecutor who earlier got criticized for saying in a Facebook post that “yellows” – groups aligned with the opposition and critical of President Rodrigo Duterte – must be killed “like cockroaches.”

“There are many times that young prosecutors are passionate about their beliefs, but of course we should also respect their right to free expression,” Aguirre said on Wednesday during the House appropriations committee hearing on the budget of the Department of Justice (DOJ).

The issue was brought up by Nueva Ecija 3rd District Representative Rosanna Vergara during the budget hearing.

“Why is he allowed to issue statements to the media, post stuff on Facebook? It doesn’t put in good light your department,” Vergara said.

Aguirre said it was misleading for Senate Minority Leader Franklin Drilon to say Cañete should not be allowed to handle Delos Santos’ case because no case has been filed yet.

“Cañete was assigned by the Prosecution Office of the City to coordinate with the police in connection to the investigation being conducted by them. We found out that there is no case filed, so to the call that we do not allow him to handle this case, walang (there is no) basis,” Aguirre said.

Public Attorney’s Office (PAO) chief Persida Acosta already said the complaint they will file against policemen, likely murder, will be filed before the DOJ and not the Caloocan City Prosecutor’s Office precisely because of Cañete.

Aguirre also said the Caloocan City Prosecutor’s Office will exclude Cañete from the raffle should a complaint be filed before them.

“Regardless of whether the case is yet to be filed, the fact that he is a prosecutor, for a prosecutor especially since he has connection to the case because he is coordinating with the investigation, it’s uncalled for and unprofessional for a fiscal [to do that],” Leachon said.

“Kung nakita ko ‘yan tutuktukan ko ‘yan. Ang dami na ngang problema, dadagdagan mo pa. (If I see him, I will hit him in the head. There are so many problems already and he’s making it even more difficult). I suggest that a letter or memo be sent to the prosecutor to refrain from making statements, so that will also send a signal to other prosecutors,” the lawmaker added.

Aguirre maintained, however, that there were “inaccuracies and inappropriateness” in the calls against Cañete, especially referring to Drilon’s statement that the prosecutor should be removed from his post.

“If ever it would be proven that he issued these statements, rest assured that as an elder, brother in profession, and the DOJ Secretary, we’ll be able to counsel him,” Aguirre said. – Rappler.com