After getting P1,000 from House, CHR hopes for ‘rational minds’ at Senate 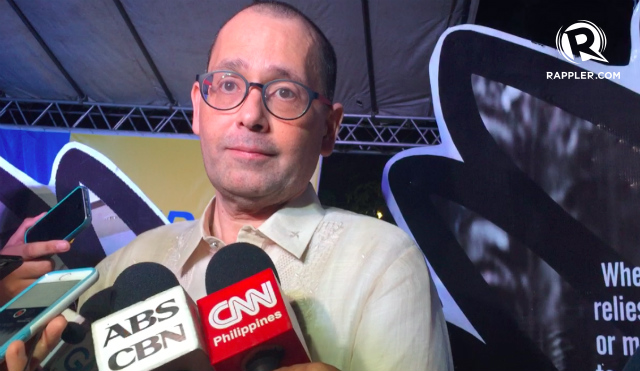 MANILA, Philippines – The Commission on Human Rights (CHR) is now clinging to “rational minds” in the Senate after the House of Representatives voted to only allocate P1,000 for its 2018 budget.

“Despite this defeat in the House, we look forward to defending our budget in the Senate,” CHR Chairperson Chito Gascon said on Tuesday, September 12. “We hope that reason, necessity, and rational minds will prevail both in the Senate and in the bicameral committee.”

Acting on a motion by SAGIP Representative Rodante Marcoleta, 119 lawmakers voted in favor of giving the Philippines’ national human rights commission a measly P1,000. Only 32 legislators voted against Marcoleta’s motion.

This development, however, does not mean that the CHR is sure to get just P1,000 for the coming fiscal year, as the budget will still go through another round of deliberations in the Senate. (READ: Slides and Ladders: Understand the budget process)

What happened in the budget plenary deliberations in the House of Representatives was in line with Speaker Pantaleon Alvarez’s threats against the commission.

Alvarez earlier said he wants to give the CHR only P1,000 for allegedly not doing its job. Meanwhile, during the budget briefings in the committee level, he threatened to give it zero.

But Gascon maintains that the commission is fulfilling its mandate. Created through the 1987 Philippine Constitution, the CHR is tasked to investigate allegations of human rights abuses by state actors such as the military or police.

“It is our business to be a check on authority, and it is our mandate to remind the state about violations and to call it out so it can correct itself,” Gascon explained.

“Dapat hindi minamasama ng Kongreso kung ginagawa namin ang aming trabaho (Congress should not take it negatively if we are just doing our job),” he added.

The CHR has been the target of tirades from President Rodrigo Duterte and his allies as it continues to condemn the rising number of killings in the government’s bloody war on drugs. (READ: ‘Demonizing’ human rights in the first year of Duterte)

Duterte’s anti-drug campaign has led to the deaths of more than 3,500 people in police operations, while the number of people actually killed by vigilantes is still being debated.

“[The] CHR, in all circumstances, whether during the time of Duterte and in previous administrations, has always taken a position for and behalf of human rights against public authority,” Gascon said. “The CHR will continue to operate so long that the Constitution operates.”

But in a statement released Tuesday night, the commission expressed disappointment that the House “has now chosen to deny the Commission its ability to meaningfully pursue its human rights protection, promotion, and policy-advisory functions through insufficient appropriations.”

“We believe that if there are issues regarding the particular management or performance of the current leadership of the CHR, there are enough mechanisms or platforms upon which we may individually or collectively bring these forward without arbitrarily, whimsically, or capriciously exercising powers over the purse strings,” the CHR said. (READ: Callamard slams P1,000 budget of House for CHR) – Rappler.com