Sep 14, 2017 7:25 PM PHT
Mara Cepeda
Facebook Twitter Copy URL
Copied
(UPDATED) Ferdinand Marcos Jr's lawyer George Garcia says this does not mean they are abandoning their accusations of electoral fraud against Vice President Leni Robredo, which he said can be proven through a ballot recount 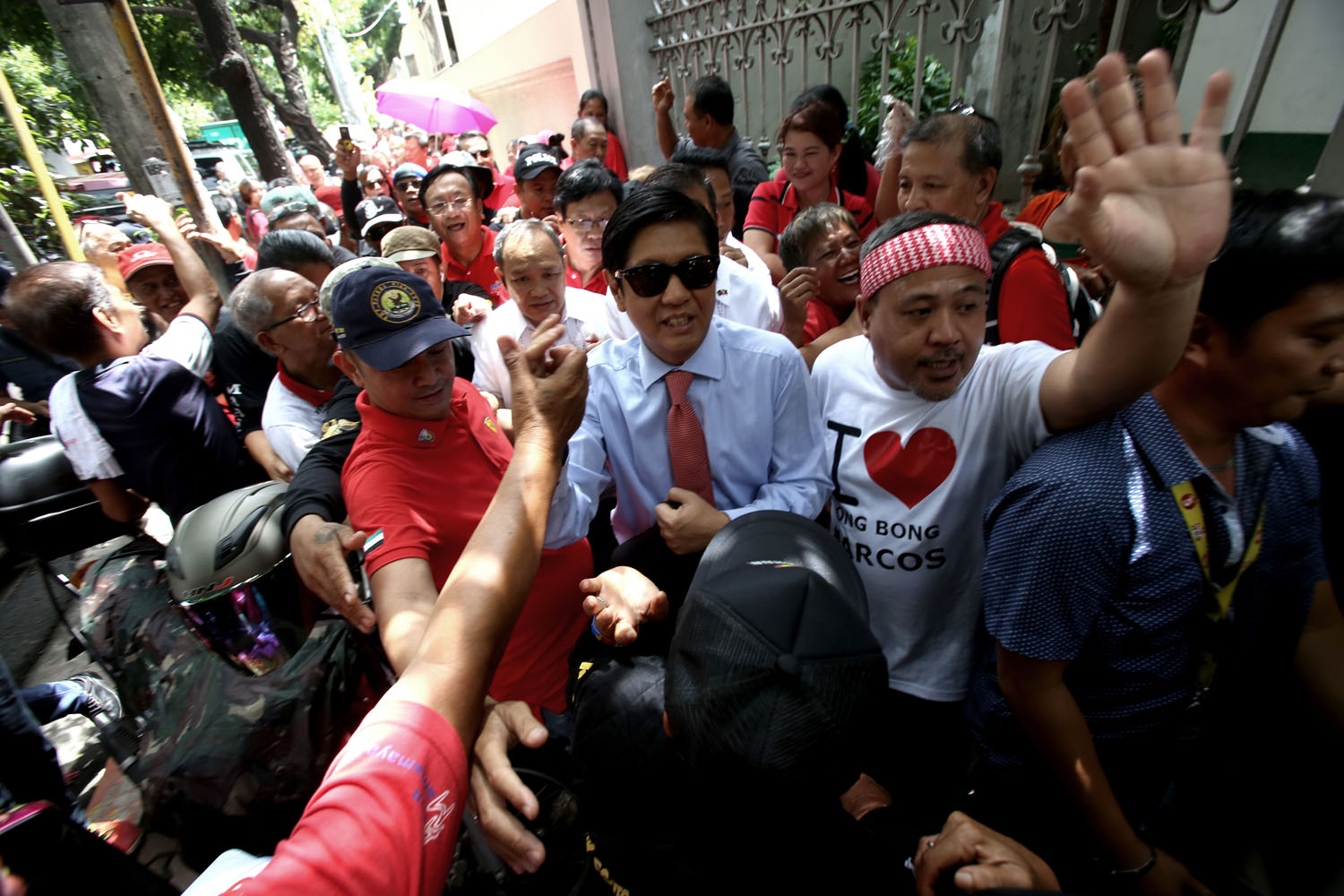 Garcia said Marcos will no longer present witnesses for this part of his petition because their allegations of electoral fraud against Vice President Leni Robredo can best be proven through a ballot recount.

The lawyer then mentioned several SC rulings to argue that “evidence of irregularities is not necessary to justify the revision of ballots.” (READ: VP electoral protest ‘exactly where we wanted it to be’ – Marcos camp)

According to Garcia, dropping the presentation of witnesses in the 36,465 clustered precincts does not mean they are abandoning their allegations of widespread cheating in Basilan, Lanao del Sur, and Maguindanao. Marcos wants votes nullified in these 3 provinces. (READ: 2016 Bongbong vs Leni poll protest: What ARMM ‘election fingerprints’ say)

“The waiver of testimonial evidence in so far as the 3rd cause of action is concerned is not an abandonment of the electoral frauds, anomalies, and irregularities alleged in the electoral protest as these may be proven by the ballots which are ‘the best repository of the sovereign will,'” said Garcia.

Aside from testimonial evidence, Garcia said massive vote-buying can still be proven through other means like the presence of marked ballots.

He also argued vote substitution can be proven by the technical and forensic examination of all ballots from the 3 provinces in the Autonomous Region in Muslim Mindanao (ARMM), which the Marcos camp is asking the PET to allow.

Garcia, however, admitted that “he (Marcos) cannot identify” the witnesses for the annulment of votes in the 3 ARMM provinces without the technical and forensic examination.

He also said “unaccounted votes” for the position of vice president can be verified through the judicial and manual recount as well as revision of election paraphernalia in 36,465 clustered precincts under 27 provinces and 5 highly urbanized cities.

The PET ordered the initial recount of votes in Camarines Sur, Iloilo, and Negros Oriental only, to prove whether or not the rest of Marcos’ protest has merit.

Robredo’s lawyer Romulo Macalintal said Marcos’ plan to abandon the presentation of witnesses shows that his accusations are baseless and he is merely “fishing for evidence.” (READ: SC junks Marcos’ motion questioning integrity of 2016 polls)

(Through this move by Marcos, it is clear that he is lying in his protest where he is saying there were threats, intimidation, and violence.)

The election lawyer said this now means the electoral protest will be limited to whether or not there was fraud in the 2016 polls.