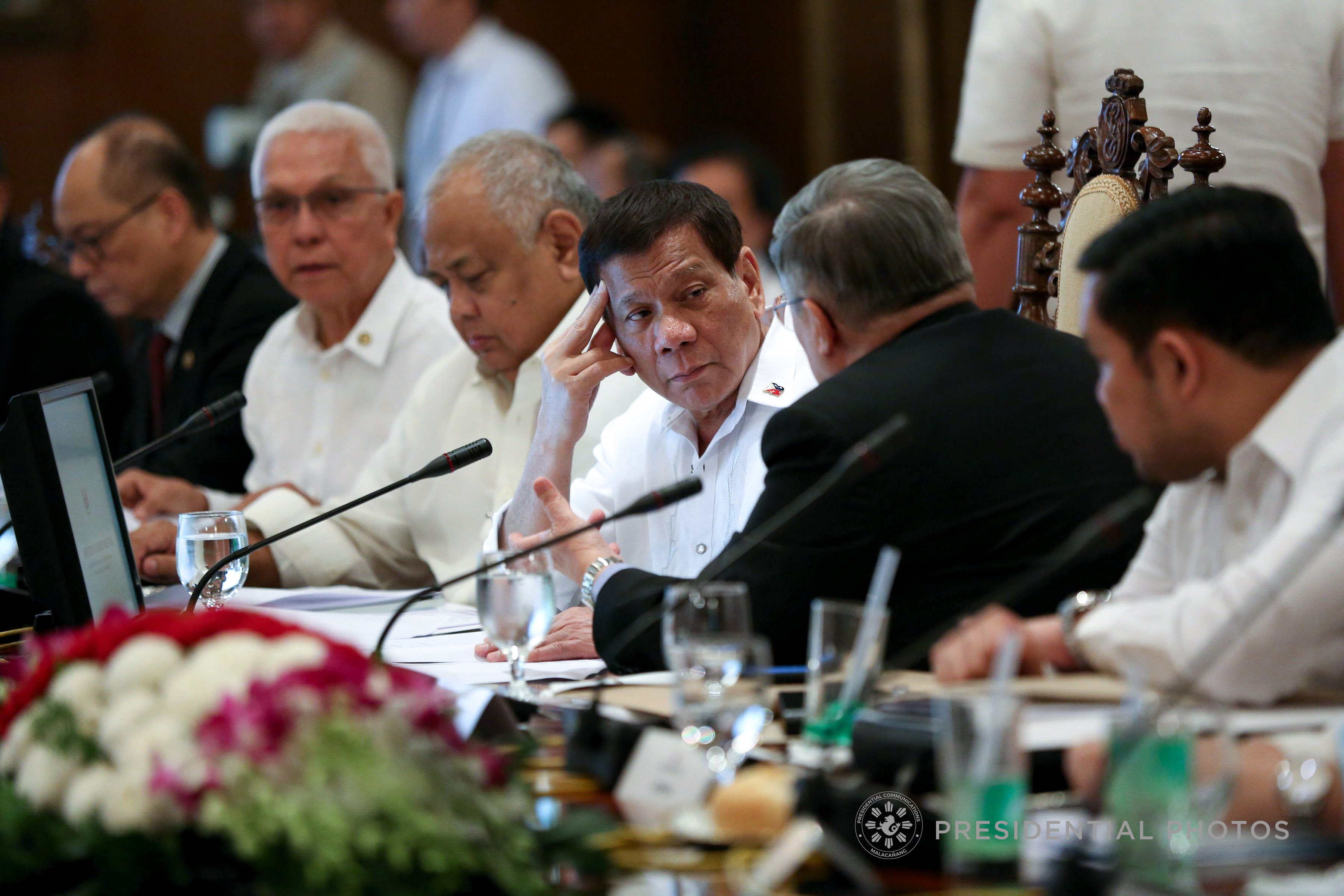 MANILA, Philippines – President Rodrigo Duterte formed a powerful commission that will investigate presidential appointees, as he vowed to probe the Office of the Ombudsman for its alleged partiality.

Duterte created the Presidential Anti-Corruption Commission through Executive Order (EO) 43 that was signed on Wednesday, October 4, and released to the media Thursday, October 5.

EO 43 states that the commission “shall have the power, on complaint or motu proprio, and concurrently with the Office of the Ombudsman, to hear, investigate, receive, gather, and evaluate evidence, intelligence reports, and information in administrative cases against all presidential appointees in the Executive Branch of the government and any of its agencies and instrumentalities.”

The EO applies to presidential appointees “occupying the position of Assistant Regional Director or an equivalent rank and higher.”

Upon instructions of the President, the Commission may also “investigate presidential appointees in the Armed Forces of the Philippines and the Philippine National Police whenever he deems it necessary or appropriate.”

EO 43 adds: “Upon instructions of the President, or motu proprio, the Commission may also conduct lifestyle checks and fact-finding inquiries on acts or omissions of all presidential appointees, including those outside the Executive Branch of government, which may be violative of the Constitution, or contrary to law, rules and regulations, and/or constitute serious misconduct tantamount to betrayal of public trust.”

This means the Office of the Ombudsman, a constitutional body headed by a presidential appointee, is covered at least by “lifestyle checks and fact-finding inquiries” by this commission.

In a text message to reporters, Executive Secretary Salvador Medialdea explained, “The President, as appointing authority, is not prohibited by law or by the Constitution to conduct lifestyle checks on his own appointees, but will not usurp the power to discipline certain independent constitutional officers such as the Ombudsman and judicial officials.”

Read EO 43 in the Scribd document below:

EO 43 comes days after Duterte vowed to investigate the Office of the Ombudsman for its “partiality” after the agency revealed it was investigating the Duterte family’s wealth.

Formed in 2001, PAGC had “the authority to investigate or hear administrative cases or complaints against all presidential appointees in the government and any of its agencies and instrumentalities…occupying the position of assistant regional director, or an equivalent rank, and higher.”

In 2010, Aquino abolished PAGC because it was among the “redundancies” in government, and transferred its function to the Office of the Deputy Executive Secretary for Legal Affairs.

Before this, President Fidel Ramos created the Presidential Commission Against Graft and Corruption (PCAGC) two years into his term or in 1994. This body covered only complaints against presidential appointees in the executive department.