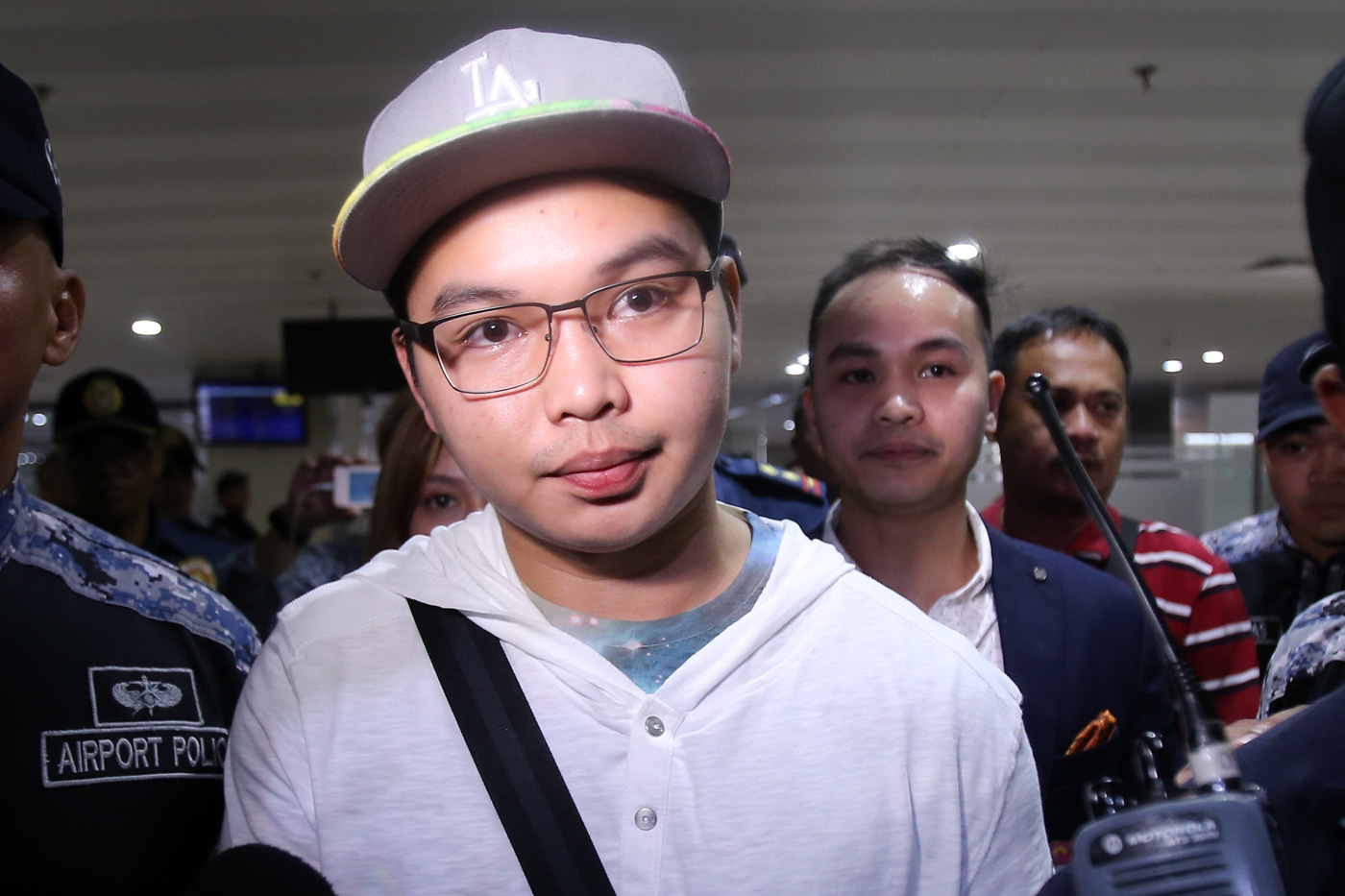 Trangia returned to the Philippines before noon on Tuesday after spending 3 weeks in the United States. He flew to the US on September 21 after Castillo’s death broke out in the news.

Trangia is among the 17 individuals who are facing complaints of murder and violation of the anti-hazing law before the Department of Justice (DOJ) for the death of Castillo.

“While he may be a suspect as of the moment, depending on what he will tell our investigators, he could be a potential witness. And for this reason, the DOJ offers to him and to his family, the protection of our Witness Protection Program (WPP),” Aguirre said.

Aguirre also called out other members of the Aegis Juris fraternity to speak out about what they know.

“Those who do will find the truth liberating, you cannot live in lies and untruth forever. We are waiting for you,” Aguirre said.

Aguirre added: “Hopefully, Mr Trangia’s return is covered in good intentions to clear his name and to tell the truth.”

Trangia was the one who allegedly drove Castillo to the Chinese General Hospital morning of Sunday, September 17. The other fratman with them was John Paul Solano, also a suspect, but who had earlier surfaced.

Trangia’s father Antonio is the registered owner of the red Strada pickup that was used to bring Castillo to the hospital. Antonio also faces the same complaint as his son. – Rappler.com