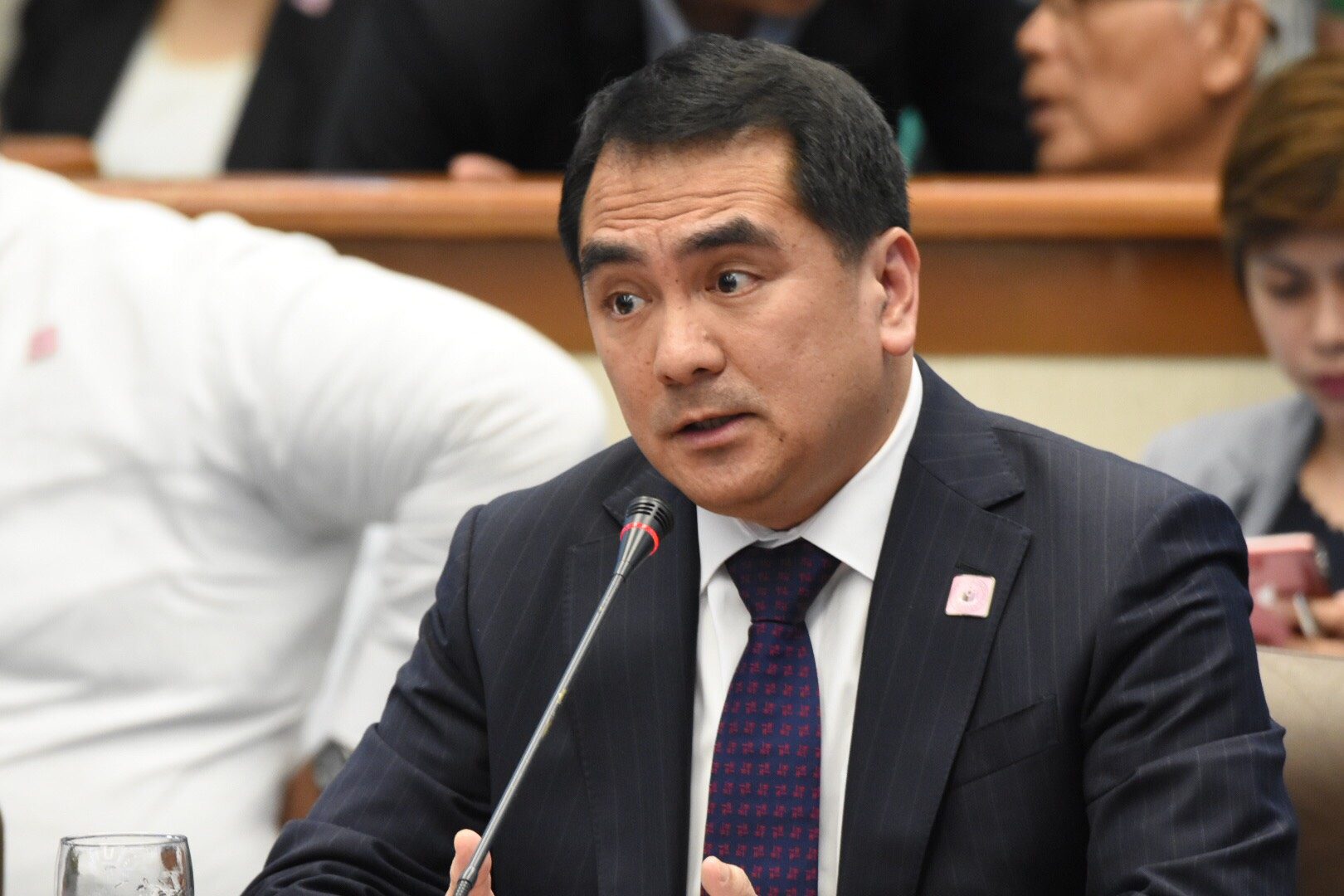 Facebook Twitter Copy URL
Copied
'Let me assure those behind this vilification campaign that they will feel the full weight of the law,' Divina says

Divina filed a 3rd libel complaint against Kapunan for a statement tagging the dean in the hazing death of freshman UST law student Horacio “Atio” Castillo III. Kapunan is the lawyer of Castillo’s parents, who have sued Divina for murder in the death of their son.

The 3rd libel complaint has the same grounds as the 2nd complaint against Kapunan, but this time it is particular to a statement Kapunan gave to UST newspaper ‘The Varsitarian.’

For this set, Divina is seeking P60 million in damages, bringing the total of his demand to P180 million in moral and exemplary damages.

Kapunan told The Varsitarian that Divina had known about Castillo’s hazing but did not do anything about it. “The dean should come forward and not be an obstructionist to justice because no one is above the law,” Kapunan said.

There is a 4th libel complaint, but it is against Kapunan’s son Lino, who is also a legal counsel for the Castillo family. Lino was echoing the same statement as his mother in a television interview.

Divina denied any involvement or knowledge in the hazing conducted by his own fraternity, Aegis Juris. Divina claims to be on leave from the fraternity, owing to his position as the dean of the UST law school.

“I did not know Atio personally.  I have done everything in my power to prevent hazing and any form of violence which are against my fundamentally held beliefs,” Divina said in a statement on Thursday, October 12. (READ: DOJ offers witness protection to hazing suspect Ralph Trangia)

The murder complaint filed against Divina was based on the allegation that the dean found out about the hazing incident a day before the parents did. Castillo’s parents also accuse him of coverup for banning Aegis Juris members from the campus, which they said allowed suspects escape.

“I have also done what I could to extend help to the family and assist in the police investigation,” Divina said.

Divina was prompted to make the statement to address rumors that he was the one who supposedly recruited Castillo to Aegis Juris; that he owns the house that some fratmen ran to after the hazing, and that he drove the vehicle that brought Castillo to the hospital.

“The latest mutation of the story is that I purportedly met Atio at my law office on September 12 , therefore, I must have known about the hazing and all my other acts are part of efforts to obstruct justice,” Divina said.

“Whatever version of the story is foisted upon the public, my conscience is clear. I am at peace in the knowledge that I have not transgressed the law or breached any moral obligation,” Divina added.

Divina criticized Kapunan for exploiting Castillo’s unfortunate death “to advance their demolition job” against him.

Kapunan and Divina have had a previous run, following the case of impeached Commission on Elections (Comelec) chairman Andres Bautista. (READ: Lawyer Lorna Kapunan says Chairman Bautista ‘scared’ of her)

Kapunan is the lawyer of Bautista’s estranged wife Patricia, who had exposed alleged documents which she said would prove her husband has almost P1 billion in unexplained wealth.

Patricia tagged Divina – a close family friend and the godfather of their son – as colluding with Bautista to earn from contracts inside Comelec by way of commissions on client referral. (READ: LIST: Bank accounts, properties the Comelec chief must explain)

Divina is being investigated by multiple agencies of the government along with Bautista.

“Let me assure those behind this vilification campaign that they will feel the full weight of the law,” Divina said.

Kapunan had earlier said that Divina should just focus his energy on the complaint against him before the Department of Justice (DOJ) related to the Castillo case. – Rappler.com