Sara Duterte to run for House seat in 2019 elections

Oct 23, 2017 4:30 PM PHT
Mara Cepeda
Facebook Twitter Copy URL
Copied
Amid rumors she may seek to be her father's successor, Davao City Mayor Sara Duterte-Carpio says she is not interested in a national post 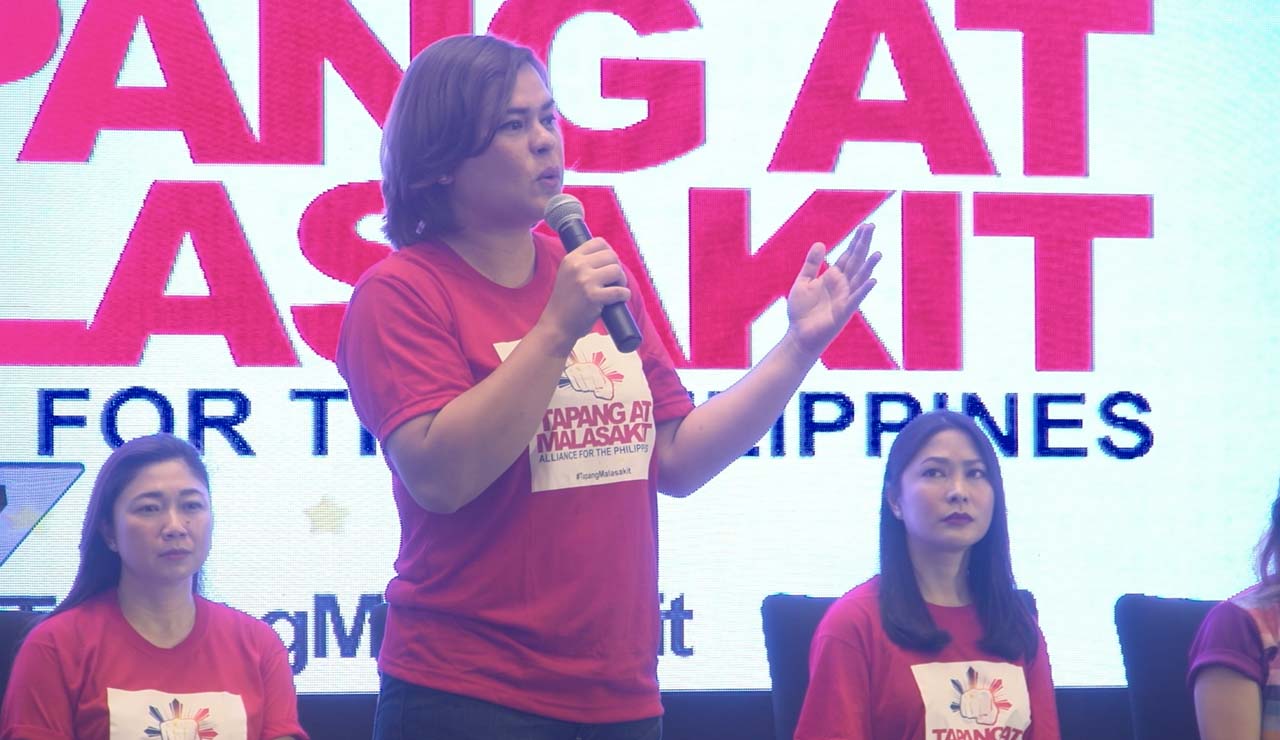 MANILA, Philippines – Davao City Mayor Sara Duterte-Carpio, daughter of President Rodrigo Duterte, is eyeing a bid for a House of Representatives seat in the 2019 polls.

Duterte-Carpio said on Monday, October 23, that she is not interested in running for any national post in the next elections.

“I do not have plans on running for a national post in the 2019 elections. I have plans for running for the 1st congressional district of Davao City,” she told reporters in an interview after launching the pro-government Tapang at Malasakit Alliance for the Philippines. (READ: Tindig Pilipinas can join pro-gov’t coalition – Sara Duterte)

Duterte-Carpio stressed she has no plans of running for senator.

(Even if I would be running for senator, I would not announce it now. It’s too soon. But I really don’t have any plans.)

There are rumors in political circles that Duterte-Carpio plans to run for president in 2022, with former senator Ferdinand “Bongbong” Marcos Jr as her vice presidential bet.

Duterte-Carpio’s father previously said he wants his daughter to succeed him in 2022.

“I couldn’t find any other better candidate than Sara to become the next president… And one thing about her is she is not a bigot,” the President said during a September 22 interview with reporters in Davao City.

Duterte-Carpio is the first female mayor of Davao City. She worked as a court attorney at the Supreme Court before getting elected as vice mayor in 2007. She ran and won for mayor for the first time in 2010, defeating former House Speaker Prospero Nograles.

Duterte-Carpio once again ran for mayor in the 2016 polls to replace her father.

The Davao City mayor, however, denied the newly launched Tapang at Malasakit Alliance will be used as a political machinery for the next elections.