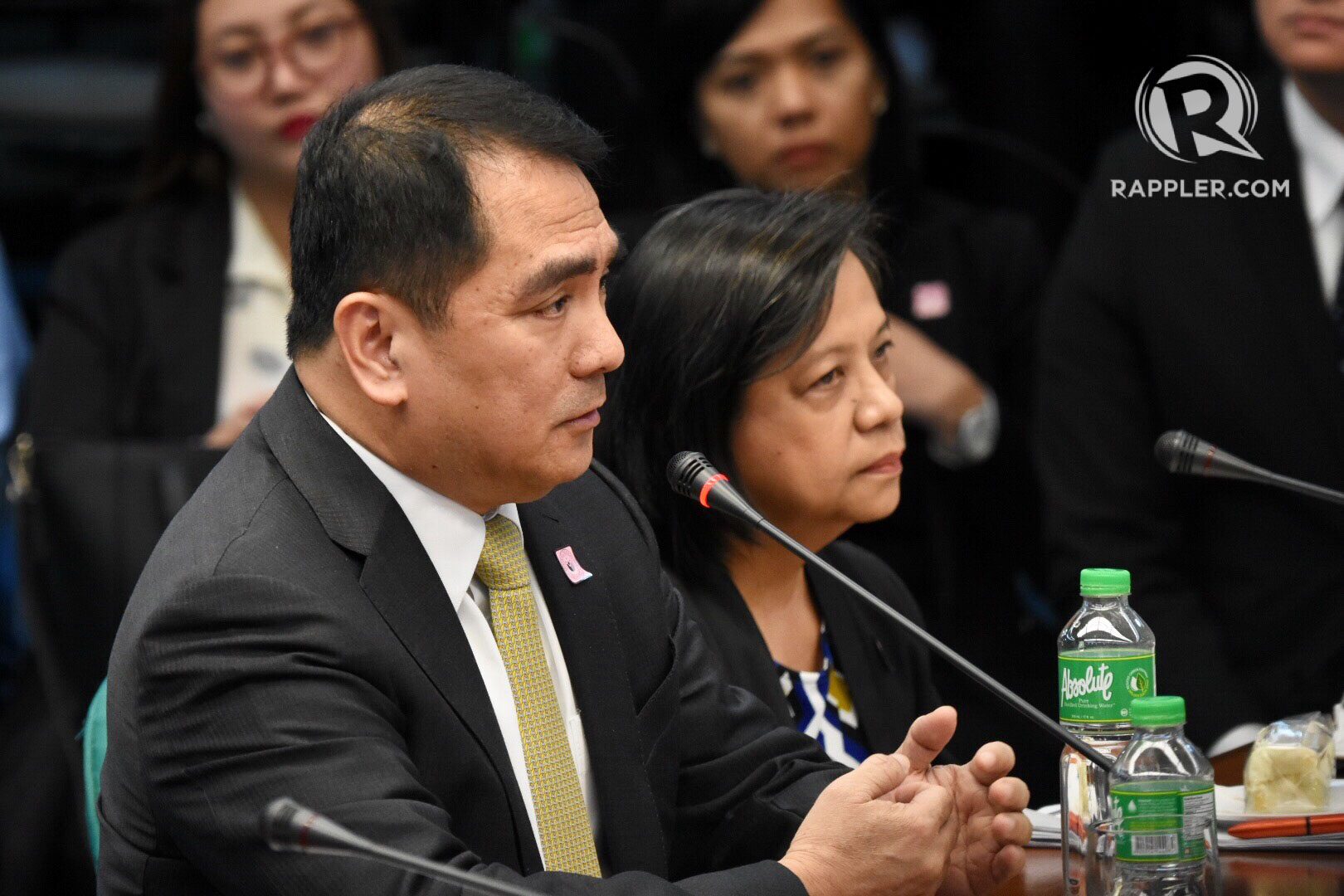 The senators on Monday, November 6, grilled UST Faculty of Civil Law dean Nilo Divina and Office for Student Affairs director Socorro Guan Hing for allowing Aegis Juris fraternity to continue its activities even though it was not a recognized organization for this school year.

Poe first pointed out that Aegis Juris was able to join the freshman orientation of the UST Faculty of Civil Law in August, where organizations get to pitch to students.

Guan Hing said that in August, all organizations were presumed to be regular given their good standing the previous year, and that’s why they were allowed to join the orientation.

She then said that the accreditations were given “sometime in September.” Aegis Juris was not recognized, however, and yet Castillo’s initiation rites were done on September 17.

“This activity was conducted before the school opening, because they submitted their papers for recognition, and that they are presumed regular, so when the orientation happened, they were given the chance to say something prior to our giving our recognition which happened sometime in September,” Guan Hing said.

It was not established during Monday’s hearing when exactly in September was Aegis Juris’ non-recognition finalized. (READ: How Aegis Juris fratmen are defending themselves in Atio Castillo slay case)

Poe also noted that Aegis Juris was able to have its space on the UST Faculty of Civil Law’s website and on a bulletin board. Guan Hing said they do not control postings.

“We removed them from the website when they were not recognized,” he said.

Poe wanted to make the point that Aegis Juris may have been able to conduct unauthorized initiation rites due to negligence of UST officials.

“It seems that the university acted only after the hazing,” the senator said.

Both Divina and Guan Hing cited processes inside the university when asked why Aegis Juris was allowed to conduct certain activities.

When it was his turn, Gatchalian asked Guan Hing if they made proactive efforts to investigate whether hazing was being conducted. The senator noted that Aegis Juris has been active in UST for 16 years.

“They have an undertaking not to do that, which they signed,” Guan Hing replied.

Gatchalian then asked for a more proactive move beyond documentation.

Guan Hing said they are currently holding talks among advisers of sororities and fraternities inside UST to make sure another hazing death does not happen again.

(My point of the matter is there are so many fraternities operating in your college, some for already 16 years. I cannot absorb why this still happened after 16 years.)

Poe and Gatchalian asked UST Rector Reverend Father Herminio Dagohoy, OP, to send the Senate a letter stating the functions of Divina and Guan Hing’s offices, and their possible liabilities.

While hazing is prohibited in the Philippines, recognized organizations can conduct initiation rites under certain conditions. They have to seek permission from the school, which then has to send at least two representatives to monitor the activity. (READ: What you need to know about the Anti-Hazing Law)

In his counter-affidavit, Divina said approval comes not from him but from the Office of Student Affairs and Community Services (OSACS).