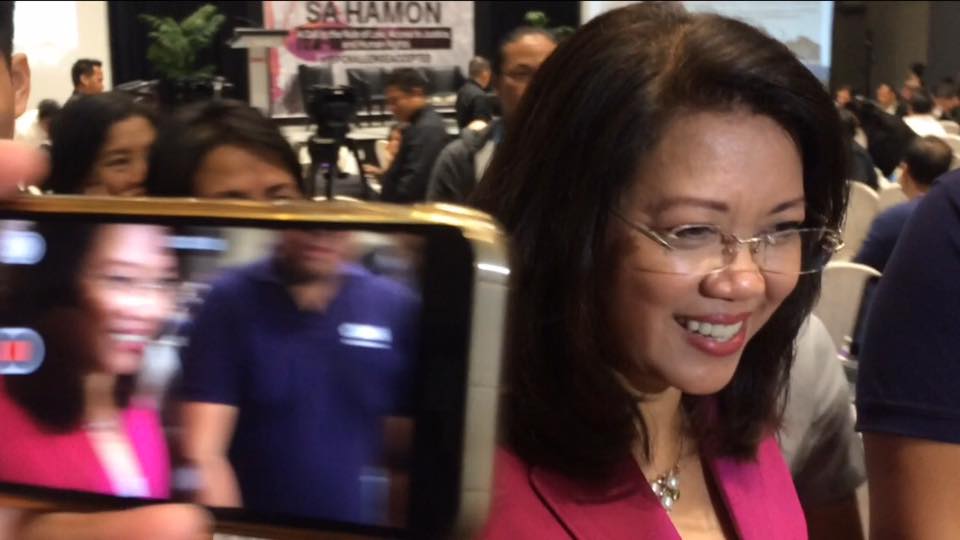 This was Sereno’s core message at the Human Rights Summit of the Integrated Bar of the Philippines to address legal challenges in the Duterte administration’s drug war. It comes a day after President Rodrigo Duterte announced that he would restore the Philippine National Police as the lead agency in his war on drugs.

The Chief Justice made the call as she cited how “easy” it was to attempt to weaken institutions like the CHR, which was initially threatened by a P1,000-budget for 2018 in the House of Representatives because of its criticism of Duterte’s drug war.

She said the Ombudsman, CSC, and COA must step up “their respective roles in advancing human rights.”

“You must widen your scope of analysis after you have seen especially how easy it is to weaken the CHR if, for example, the important financial support that should be given it is withheld,” said Sereno.

She said CSC can look at  incentives, alluding to the reported incentives given to policemen who score big in the war on drugs.

“If you look closely at the mandate of the CSC, it has already imposed standards in monitoring these standards of performance. And these performance standards are required to be observed by every civil servant and in turn determines the entitlement of public officers to retention in office, promotion in office and even entitlement to financial incentives,” Sereno said.

The COA can go further in exacting accountability, according to the Chief Justice.

“COA, on the other hand, can be made to ask investigative and law enforcement agencies, detention facilities offices and the military and local government units whether their discharge of functions is effective, or compatible with the protection of human rights,” Sereno said.

She added, “A police district, for example, can be asked by COA how it is using its resources in investigating extrajudicial killings when rampant killings in the area has been reported.”

Sereno said lawyers must closely monitor the oral arguments at the Supreme Court on petitions related to extrajudicial killings in the drug war. One of the petitions questions the role of prosecutors under the Department of Justice (DOJ), noting that so few of the alleged EJK cases were subjected to inquest.

In relation to this, Sereno said: “The point I wish to make is that protection of human rights can only be fully accepted by our people if we have a truly functional justice sector. A justice sector does not function if the investigative and the prosecutorial services are not doing their jobs.”

“In other words, the levers, the pulls, the stops that work in government bureaucracy are there for you to study and analyze,” the Chief Justice said.

Sereno had previously spoken up on Duterte’s war on drugs, first in August 2016, when she expressed concern over what she called the President’s “premature” release of a list of alleged drug-linked personalities in government that included 7 judges. One of judges died in 2008, one was dismissed in 2007, and another had already retired.

In January, Sereno urged the police to “reflect” on the way they have performed their duties that led to the increase of unsolved killings linked to war on drugs. (READ: Sereno: extrajudicial killings a setback in judicial reforms)

In a media forum in Cebu in August, Sereno said that a special committee is studying whether new rules can be implemented to give the judiciary more teeth in addressing human rights violations.

Sereno is in the middle of an impeachment proceeding at the House of Representatives, composed mostly of Duterte allies. The President himself had accused her of corruption, which the Chief Justice had denied. (READ: Sereno: I’m not the one who’s corrupt) – Rappler.com