MANILA, Philippines – The second day of oral arguments on the drug war saw Solicitor General Jose Calida arguing that petitions to declare unconstitutional operational guidelines in existing circulars are nothing but a mere effort to destabilize the Duterte government and sow anarchy, and Supreme Court Associate Justice Francis Jardeleza declaring there may be enough basis to suspend Oplan Tokhang.

Tokhang is the knock-and-plead feature of the campaign against drugs, where drug personalities are asked to surrender and reform.

These were among the highlights of Day 2 of oral arguments at the Supreme Court on Tuesday, November 28, as justices continue to thresh out issues on whether or not the police’s war on drugs is unconstitutional. (READ: HIGHLIGHTS: What was discussed in SC oral arguments on drug war?)

Here’s a summary of the main points raised during the 3-hour session at the Supreme Court:

Jardeleza said that policemen knocking on the doors of drug suspects and questioning them may already comprise custodial investigation, which is defined as questioning of a someone taken into custody or someone deprived of his freedom.

And because it’s a custodial investigation, there are rights that should be respected such as the reading of miranda rights.

“As a matter of constitutional law, Section 3 of the Command Memorandum Circular (Oplan Tokhang of the war on drugs) is crafted in such a manner that it violates Section 2 of Republic Act 7438 (Rights of Persons Arrested, Detained or Under Custodial Investigation),” Jardeleza added.

As such, Jardeleza said there is a “prima facie case” or enough basis at this point to issue a Temporary Restraining Order against “only section 3” of the circular, which is Oplan Tokhang.

Senior Associate Justice Antonio Carpio said the pattern of the killings may be tantamount to crimes against humanity, while Chief Justice Maria Lourdes Sereno said the frequency of killings already cast doubt on presumption of regularity.

Calida noted that one of the prayers in the Free Legal Assistance Group (FLAG) petition is to enjoin the Philippine National Police from carrying out seemingly unlawful instructions from President Rodrigo Duterte. For Calida, this is clearly a destabilization plot and a move to “sow anarchy.”

Leonen called him out and said the petitions were simply dissent, and that to dissent is not to destabilize.

“The petitions intend to emasculate the government’s police powers by rendering inutile the PNP’s (Philippine National Police) sworn mandate to enforce the law and maintain peace and order,” Calida said. Calida contested Jardeleza’s statements because according to the Solicitor General, Oplan Tokhang doesn’t come with rights since it’s not a buy-bust operation.

In a buy-bust operation, the subject is already regarded as a person of interest and therefore protected by rights mentioned by Jardeleza.

In Oplan Tokhang, Calida said the subject is not considered a person of interest and therefore “such rights cannot be invoked.” But Jardeleza disagreed.

“Effectively, the person is not secure in his house, and for any reason, and above reason, which is to confront, even if I accept your formulation which is to persuade the person to stop his evil ways, is not a purpose allowed under the bill of rights,” Jardeleza said.

Dela Rosa was made to tell the Supreme Court that his circular does not contain an instruction to kill.

Amid debates on whether declarations that allegedly encourage killing have the weight of policy, Leonen drew out a pronouncement from Dela Rosa addressed to his men and women that he is not ordering them to kill.

Dela Rosa told the High Court he does not and has never ordered cops to kill. But as before, the police chief was careful to add a caveat: “under extreme circumstances,” neutralization which usually means to arrest or force to surrender may also mean to kill.

This is significant because FLAG insists that the use of the word “neutralize” in the circular is an order to kill, which makes the circular unconstitutional. Newcomer Associate Justice Alexander Gesmundo, heard for the first time in oral arguments, asked petitioner Joel Butuyan of the Center for International Law (CenterLaw) the difference between the text of the circular and the implementation of the circular.

Gesmundo said that while Butuyan is asking the court to declare unconstitutional the circular because of alleged abuses in its implementation, he is also asking policemen to comply with the safeguards incorporated in the text of the circular.

“How is that reconcilable? You’re relying on the circular in your petition but in another breath you’re saying the issuance is unconstitutional,” Gesmundo said.

Butuyan tried to explain that the provisions in the circular that they asked the policemen to comply with are provisions lifted from the PNP Operations Manual, a statute they are not assailing.

On a related note, Calida said that if there are indeed abuses in the implementation of the circular, the courts are limited to looking only at its original purpose and not the effects.

6. Is warrantless search a criminal act?

Gesmundo quizzed Butuyan on the punishment for a warrantless arrest.

“I tell you there is none (penal sanction.) There is no provision penalizing warrantless search, are you aware of that?”

Gesmundo even cited a Supreme Court ruling which reiterated that a warrantless search is not a criminal offense. “There is a gap in the law, so how can you possibly penalize these public officers when they conduct warrantless searches?” Gesmundo asked.

There was an uncomfortable pause as Butuyan searched for answers, but he was able to recover and told Gesmundo of the domicile provision.

“There is a specific provision on the violation of domicile,” Butuyan said, referring to Article 128 of the Revised Penal Code that penalizes public officers from entering any dwelling against the will of the owner.

7. Is the Supreme Court the right venue?

Gesmundo also grilled Butuyan why they went to the Supreme Court when they could have gone to trial courts instead to charge the policemen with murder.

This was the same point of Associate Justice Presbitero Velasco Jr, who said that the judicial affidavits secured by Butuyan are enough for the case to be taken to a city prosecutor.

“How can we even initiate these actions when the police would not even give documents that constitute the investigations, in some instances, there are no SOCO (Scene of the Crime Operatives) reports even,” Butuyan pointed out.

Butuyan added that they plan to eventually go that route but that for now, they are acting urgently to get protection orders for the petitioners.

Day 3 will be held on Tuesday, December 5, at 2 pm. Police Chief General Ronald “Bato” dela Rosa and the head of the Police Internal Affairs Service General Alfegar Triambulo have been requested to attend again. 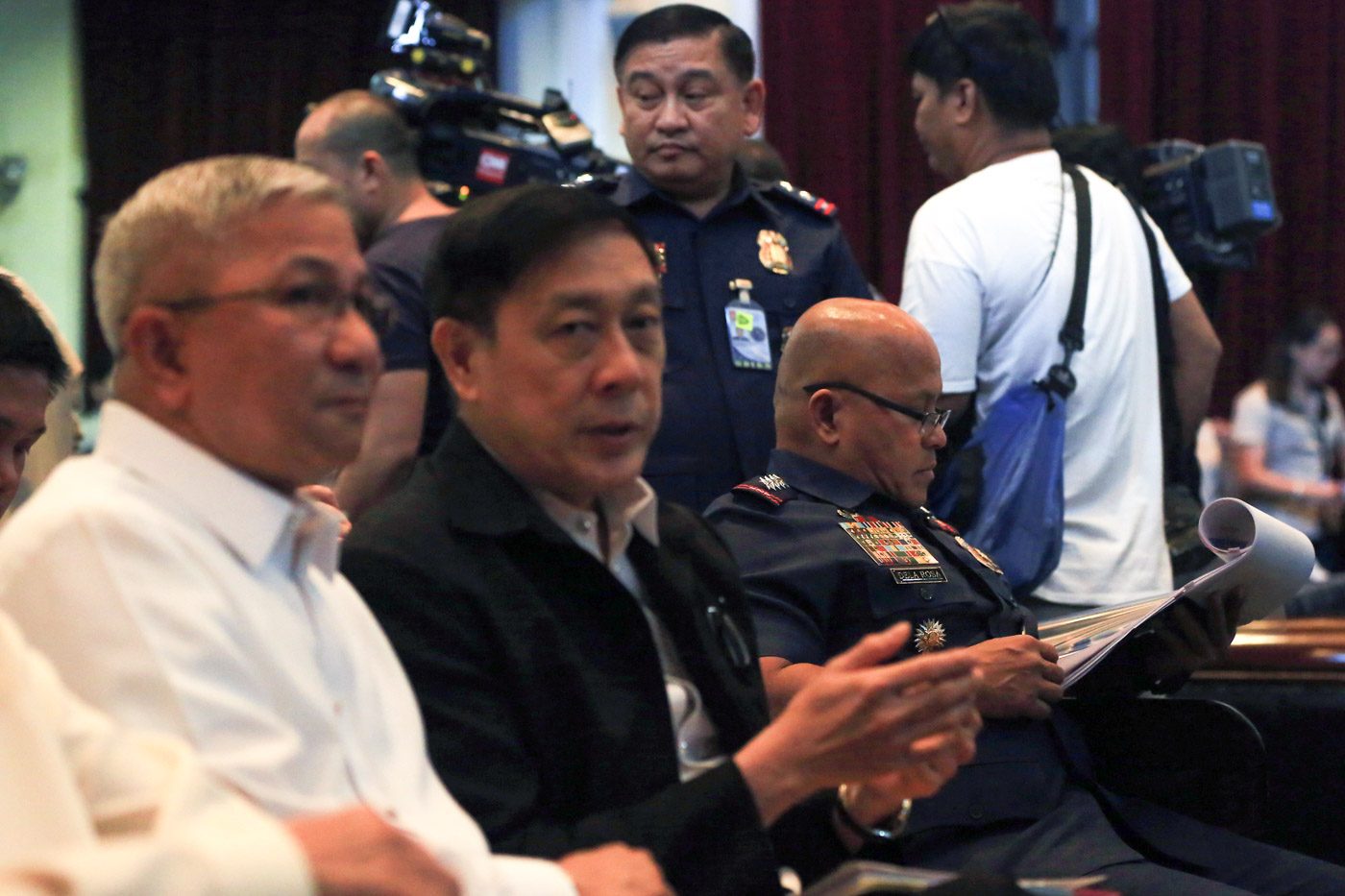