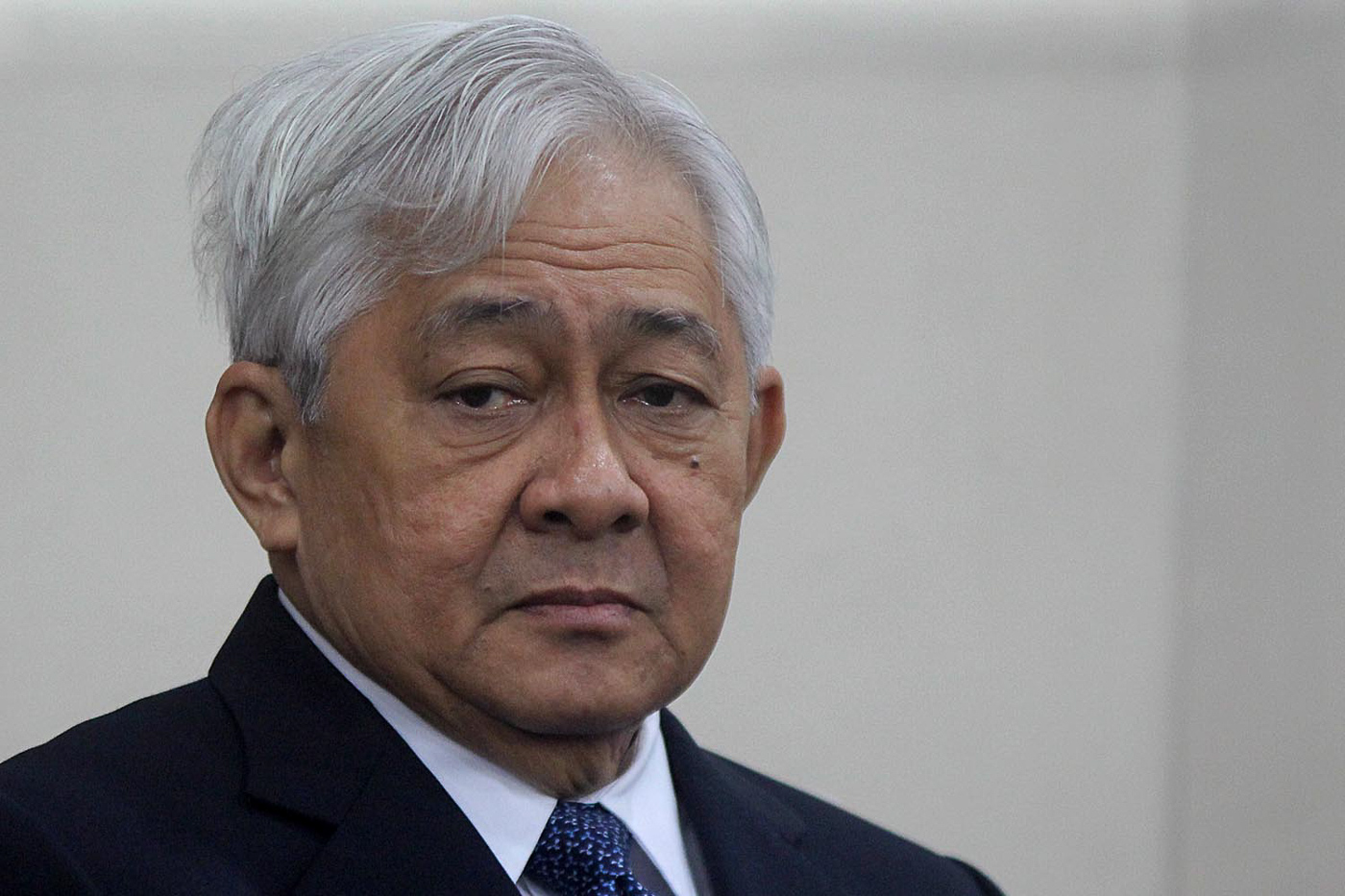 MANILA, Philippines – Time does not heal all wounds, as it turns out.

For her attempt to exclude him from the Supreme Court (SC) short list in 2014, Associate Justice Francis Jardeleza accused Chief Justice Maria Lourdes Sereno of illegally obtaining a classified government document, and committing an act of treason.

Jardeleza said that when Sereno tried to block him from the short list to become an SC justice, she used a memorandum that was supposed to be classified and compromised the Philippines’ arbitration case over the West Philippine Sea.

This calls to mind March 30, 2014, when the Philippine government filed its memorial or memorandum with the arbitral tribunal in the country’s case that challenged China’s maritime claims in the West Philippine Sea.

Unknown to many at the time, there was a scramble among the lawyers of the Philippine panel over which version of a memorial would be submitted to the tribunal.

Jardeleza, then solicitor general, did not want to include Itu Aba in the memorial.

At the time, the government’s position was that Itu Aba is a rock, Jardeleza said. If the tribunal recognized Itu Aba as an island that would overlap with the Exclusive Economic Zone (EEZ) of Palawan, the tribunal would lose jurisdiction over the Philippines’ claim. This would boost China’s case.

Complete with visual aids on Monday, Jardeleza addressed the issue at length for the first time since 2014.

(The entire Philippine team agreed not to include Itu Aba. This was the decision in January 2014. It was unanimous, no one disagreed, no dissenting opinion.)

But when they went to Washington DC, Jardeleza said Reichler had inserted 14 paragraphs about Itu Aba in their memorial.

At this time, then foreign secretary Albert del Rosario sided with Reichler.

Rappler editors Chay Hofileña and Marites Dañguilan Vitug wrote in 2016 that Jardeleza deleted Reichler’s Itu Aba paragraphs. Reichler sought a meeting with then president Benigno Aquino III, but he was made to wait for hours and the meeting never happened.

It was then justice secretary Leila de Lima who eventually convinced Aquino to adopt Reichler’s version.

They would eventually file the memorial which included Itu Aba. And as we know now, the Philippines won that case in a historic ruling in 2016.

In excluding Itu Aba, Court insiders then said that Jardeleza reportedly argued this would have appeased China and helped restore normal ties with the regional super power. This was not mentioned in the House hearing on Monday.

Sereno blocked his nomination citing integrity issues. Under the rules of the Judicial and Bar Council (JBC), if integrity issues are raised, the nominee would have to get a unanimous vote to be included in the short list.

Obviously, Sereno did not vote for Jardeleza. Because of his opposition to the inclusion of Itu Aba, Sereno accused Jardeleza of disloyalty to the Republic.

It was Reichler’s memorandum which was used by Sereno, according to Jardeleza.

Jardeleza said Reichler sent the memorandum through an encrypted email using Israeli technology, which could not be hacked.

The case was still ongoing at the time and a leak of Philippine lawyers’ disagreements would have given the “opponents” the upper hand.

(The question is, this was a purely executive department activity. The judiciary was not part of this. The question is, how did the Chief Justice get the memorandum? Who gave it to her?)

Jardeleza said illegally obtaining a top secret document is a disloyal act to the country.

(I was accused of being disloyal to the country, in my view, it is the Chief Justice who acted disloyally to the country. Why would she use a top secret document, for what end? She was not part of the arbitration, the document she used was illegally secured.)

The Justice went further and accused Sereno of committing treason.

Quoting from Sereno’s own supplemental comment to when she blocked Jardeleza’s nomination, the Chief Justice supposedly tackled Itu Aba and called it “the largest island in the Spratlys.”

This is contrary to the government’s official stance, Jardeleza said, and may have compromised the ongoing case at the time.

(As they say, the rest is history, it’s a good thing we won. But while it was ongoing, why would she call me a traitor to the Motherland? In my view, you were the one who committed treason.)

The en banc overturned Sereno on the exclusion of Jardeleza in the JBC short list, and Aquino ended up appointing him to the High Court.