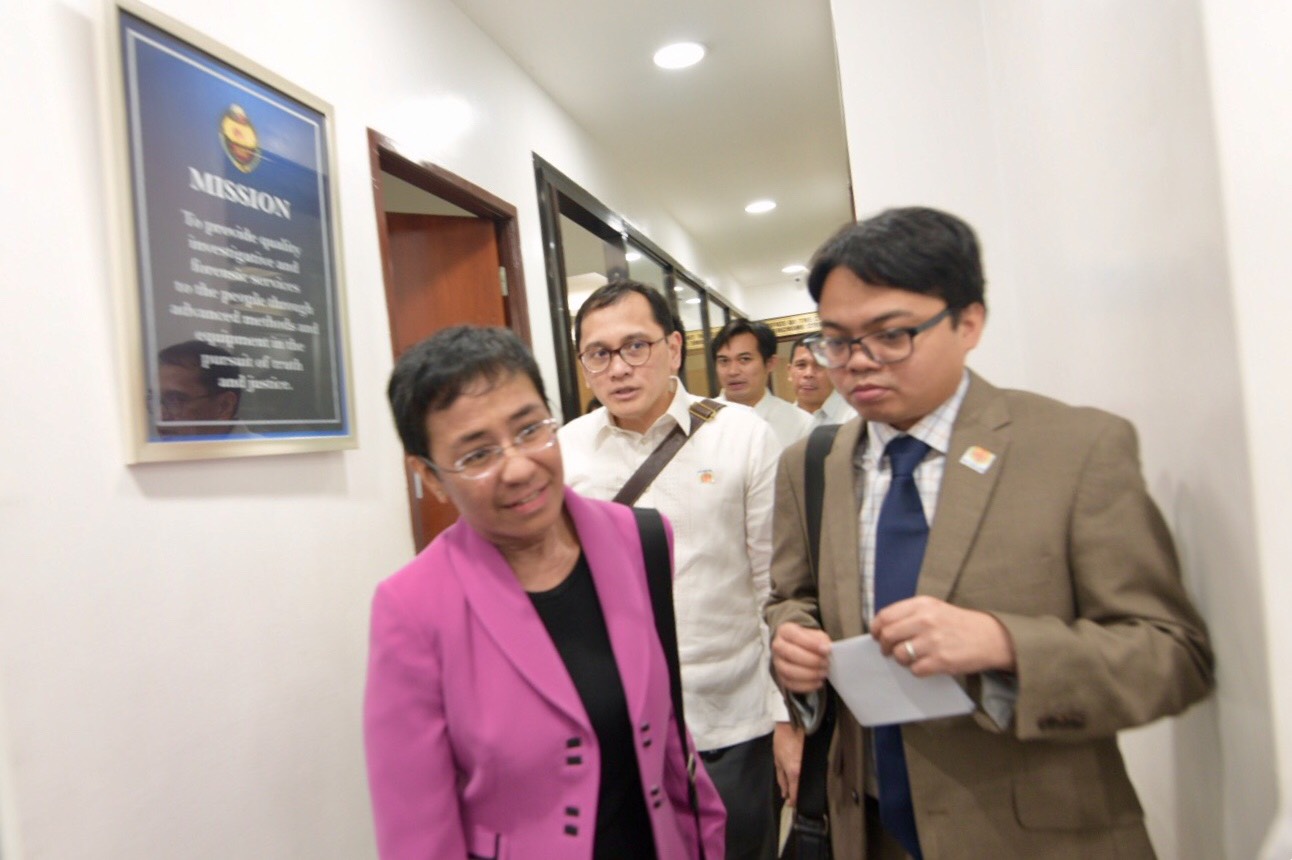 MANILA, Philippines – Cybercrime law expert Jose Jesus “JJ” Disini said on Monday, January 22, that the cyber libel complaint against Rappler is dangerous for the media because it exposes them to a severe vulnerability to punishment.

“If the theory is that if a libelous article is published in the past, and continues to be accessible today, and that constitutes libel today, then no one is safe. Anyone that has a libelous article that continues to be accessible may be charged with libel, and moving forward, this affects everyone, not just media, even bloggers,” Disini said on Monday as he accompanied Rappler CEO Maria Ressa to the National Bureau of Investigation (NBI) Cybercrime Division, to comply with an earlier subpoena.

Disini is Rappler’s lawyer in the cyber libel complaint. He is a known expert in cybercrime and technology law and was a petitioner at the Supreme Court (SC), where he secured a temporary restraining order (TRO) against the law in 2012. (READ: Maria Ressa appears at NBI for cyber libel complaint)

The cyber libel complaint against Rappler was filed by businessman Wilfredo Keng, who was the subject of an investigative report published in May 2012. The cybercrime law was enacted in September 2012.

NBI Cybercrime Division chief Manuel Eduarte said that because the investigative report continues to be accessible, the complainant can be presumed to have seen the article only after the law.

“If this is upheld or is adopted by the State, this to me is an example of a breakdown of the rule of law. It’s a redefinition that has a tremendous impact on journalists in particular because it’s a press freedom issue, and anyone publishing anything,” Ressa said.

Ressa added: “The timing is suspicious. It’s a 2012 article, and again what we were told is this is coincidental, but too much of a coincidence creates a pattern.”

Ressa expressed fear that the NBI may apply for a search warrant next, giving it court permission to raid the Rappler newsroom and obtain documents and other electronic trails.

In a press conference with reporters on Monday, Eduarte said a search warrant is highly unlikely.

“Ressa is not contesting that the posting of the article was made, so I don’t think there’s a need for a search warrant. We can assure you that the NBI will be fair,” he said.

Asked to comment on the disputes against the continuous publication theory, Eduarte said those will just have to be part of their evaluation.

Disini said he could not recall any past case in the Philippines where the theory of continuous publication was applied.

“I’m not aware of any jurisprudence that says libel is continuously being committed. The closest thing I can come up with is a case in Europe on the right to be forgotten, involving an article published originally on paper but went online, and an individual in Spain who was able to cause Google to remove it from their search,” the lawyer said.

Eduarte said that since he assumed his post in July 2017, this is the first cyber libel complaint against media that the cybercrime division has handled.

He added that Keng’s complaint is also the first of its kind in the sense that it was filed long after the publication of a report, and long after the enactment of the law.

Eduarte maintained that the investigation is not political, and that they are merely doing their jobs.

“Siguro kayo halimbawa nagreklamo sa Cybercrime Division and I will not take action on it, siguro magagalit kayo, ‘di ba?” he said.

(If for example you filed a complaint before the Cybercrime Division and I will not take action on it, you would get mad, right?)

“We have nothing to hide, we will completely submit ourselves to the process,” Ressa said. – Rappler.com