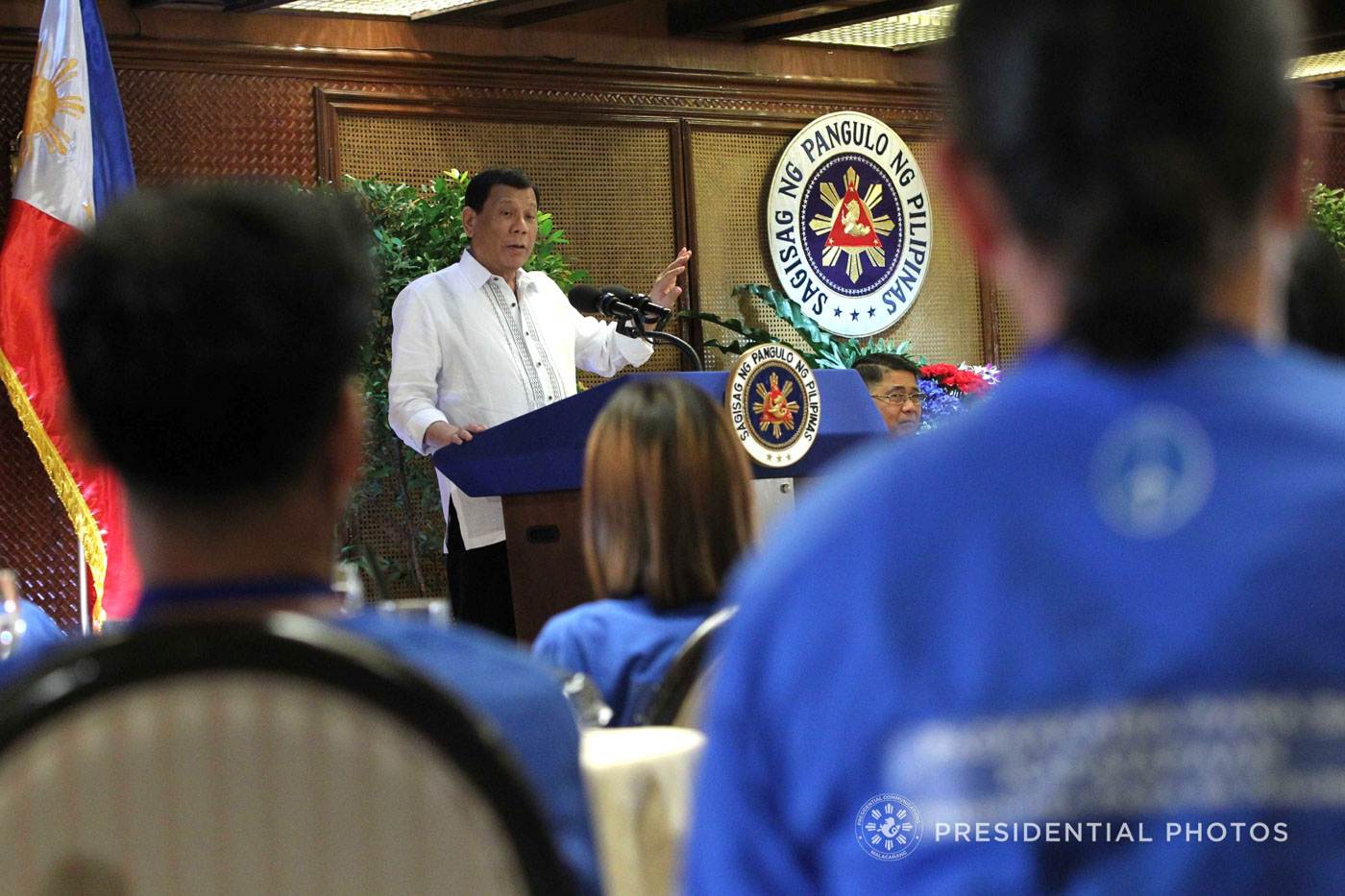 MANILA, Philippines (4th UPDATE) – The Office of the Ombudsman has “closed and terminated” the investigation into President Rodrigo Duterte that stemmed from the plunder complaint filed against him by Senator Antonio Trillanes IV, Solicitor General Jose Calida said on Tuesday, February 13.

Calida said Overall Deputy Ombudsman Arthur Carandang confirmed it to him in a letter dated February 12.

“Based on the record, the recommendation to terminate the investigation was approved by Deputy Ombudsman Cyril E. Ramos on 29 November 2017,” Carandang wrote in the letter shown to media by Calida in a press conference on Tuesday.

Calida said he wrote a letter asking for the status of the investigation on Friday, February 9.

Calida questioned why the Office of the Ombudsman did not disclose the termination of the investigation.

“What puzzles me is why Ombudsman Conchita Carpio Morales kept quiet about this, if I did not write a letter last week, I would not know this,” Calida said.

He added: “The Ombudsman did injustice to President Duterte.”

Calida also said the Senate would be “wasting its time” if it opens another inquiry into the accusations.

“Trillanes’ evidence is garbage, it would not stand the scrutiny of the senators,” Calida said.

In a press statement, Trillanes countered: “If what I have is nothing but garbage, then why are they panicking? And why can’t Mr Duterte just accept my challenge for him to sign a waiver, and if I am wrong in my allegations then I would resign immediately as senator and voluntarily walk in any jail of his choice?”

Trillanes filed a plunder complaint against Duterte in May 2016, alleging that there is P2.4 billion worth of deposits in Duterte’s account and that funds could be coming from a possible scheme of hiring ghost employees in Davao City.

The Office of the Ombudsman has not responded to a request for comment as of posting time. Clarifications include whether the plunder complaint is the only investigation against Duterte, or if the Office is looking into other complaints, or if it has launched a motu propio investigation.

We also asked if by terminated, it meant the complaint has been dismissed. But Calida said it was indeed dismissed.

“Junked. The other word for junk, it’s garbage,” Calida said.

A well-placed source inside the Office of the Ombudsman said “closed and terminated” means the evidence was not sufficient to merit the next step, which is preliminary investigation and/or administrative adjudication.

Carandang was suspended by Malacañang precisely over that investigation, saying that the disclosure to media about details of his wealth was illegal. Carandang said the documents in his possession show a cash flow of almost P1 billion.

There is a standoff on the suspension, with Ombudsman Conchita Carpio Morales defying the suspension order because of a Supreme Court ruling that took away the President’s power to discipline a Deputy Ombudsman. – Rappler.com