Malacañang: Two areas being considered for joint exploration with China 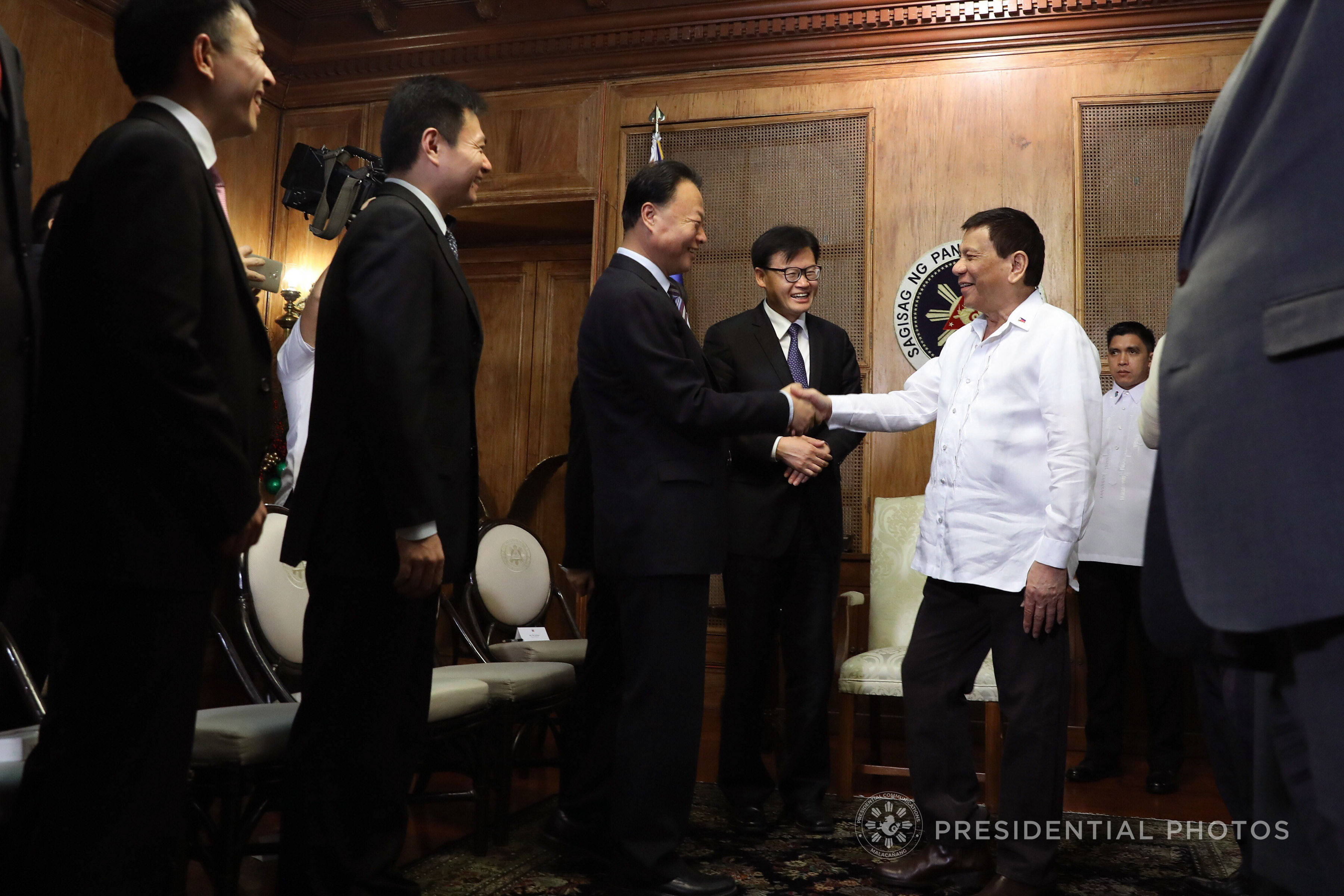 MANILA, Philippines – Malacañang, on Friday, March 2, elaborated on possible joint exploration to be undertaken by China and the Philippines through corporations.

Presidential Spokesperson Harry Roque spoke of two areas in the West Philippine Sea being considered for the joint activity.

“From what I know, there are two areas being considerd for joint exploration, but all are within the EEZ (Exclusive Economic Zone),” he said during a press conference in Paniqui, Tarlac.

The two joint exploration ventures are covered by Service Contracts 57 and 72.

“From what I know, Service Contract 57 is not affected by any dispute, so there can be joint exploration there because there is no dispute so we are just allowing it. The problem is, with 72, there is a dispute so the ttwo countries have to come into an agreement before joint exploration can push through,” Roque explained.

He said the Philippines is still negotiating with China on the possible joint exploration ventures.

“There is still no decision,” said Roque.

Service Contract 57 is joint exploration to take place in offshore Calamian, northwest of Palawan, according to the Department of Energy. It is a joint venture among state-run PNOC Exploration Corporation, Mitra Energy Ltd (now Jadestone Energy Inc), and China National Offshore Oil Co (CNOOC), an oil company owned by the Chinese government.

It has been ready for President Rodrigo Duterte’s signature since September 2017, according to the DOE.

Service Contract 57 was awarded to PNOC-EC by the DOE in September 2005 to “conduct petroleum exploration and development over a 720,000-hectare area in the Calamian area.”

The area is located north of the Malampaya oil field and northwest of Palawan block, source of much of the country’s oil.

The Calamian area lies beyond China’s Nine-Dash Line, which it uses to claim virtually all of the South China Sea, including the West Philippine Sea. This means that the area covered by SC 57 is not being claimed by China and is thus not part of the Manila-Beijing maritime dispute.

Service Contract 72, meanwhile, involves joint exploration in a block of Recto Bank (Reed Bank), which is also being claimed by China.

It was awarded to Forum Energy Plc, a subsidiary of Manuel Pangilinan-led Philex Petroleum Corporation.

In 2014, the Philippine government stopped all joint exploration and drilling surveys in Recto Bank as the administration of Benigno Aquino III filed a case against China with the Permanent Court of Arbitration in the Hague, Netherlands.

In 2016, the international court ruled in favor of the Philippines, declaring China’s Nine-Dash Line invalid.

Maritime expert Jay Batongbacal, in a GMA News article, said that allowing joint development in such an area could be seen as “inconsistent” with the arbitral ruling won by the Philippines.

“Any JD (joint development) agreement by the Philippines with China therefore will not be consistent with the Award, nor with UNCLOS (United Nations Convention on the Law of the Sea),” he was quoted as saying.