Mar 27, 2018 6:34 PM PHT
Lian Buan
Facebook Twitter Copy URL
Copied
We lay out all the arguments and claims related to the Chief Justice's SALNs in the context of the quo warranto proceeding that seeks to remove her from office 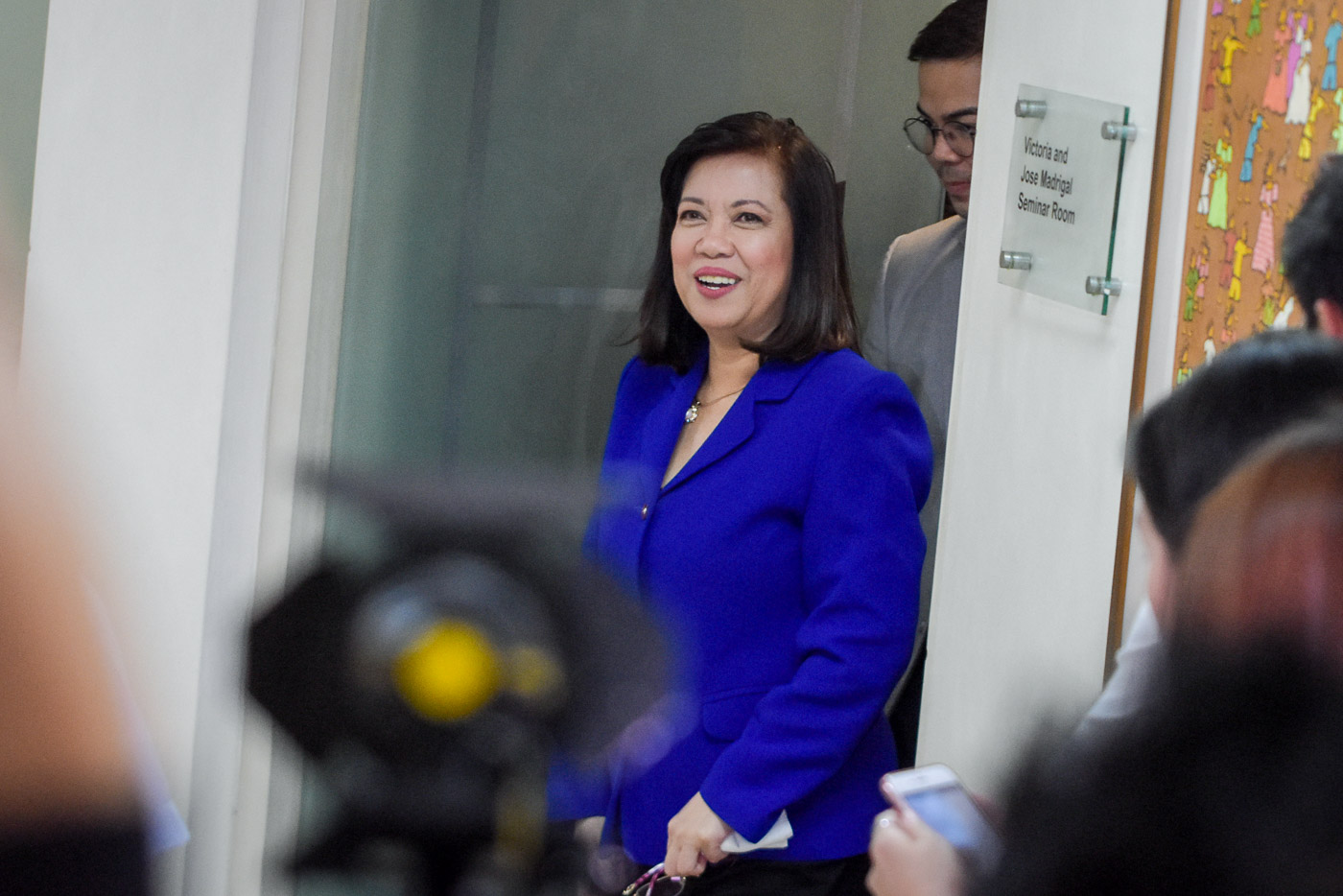 MANILA, Philippines – Ironically, Chief Justice Maria Lourdes Sereno finds herself in a similar situation as the late Renato Corona in 2012 – in trouble over Statements of Assets, Liabilities, and Net Worth (SALNs).

Sereno and her team want to make a clear distinction: Corona’s SALN trouble involved alleged hidden wealth, now a subject of a forfeiture case pending before the anti-graft court Sandiganbayan.

Sereno, meanwhile, is accused of not filing her SALNs and eventually, not submitting them to the Judicial and Bar Council (JBC) when she applied for the post of Supreme Court (SC) chief justice.

It may seem trivial in comparison, but it’s not.

Non-filing of SALNs is a criminal and administrative charge, while non-submission is Solicitor General Jose Calida’s basis for trying to remove her via quo warranto.

She left UP in 2006 and did not return to public service until 2010 when she was appointed Associate Justice of the SC.

Calida submitted to the SC on Tuesday, March 27, his reply to Sereno’s comment on the quo warranto proceeding.

Calida said that those 3 SALNs reveal that Sereno “committed a litany of falsehoods.”

“The 1998 SALN shows that Sereno did not only file it late, she also belatedly accomplished it,” Calida said.

“The 2009 SALN reflects that she was holding the position of Associate Justice of the Supreme Court, when in fact, she was only appointed on August 16, 2010,” Calida said.

Calida also noted that Sereno’s 2006 SALN – the year she resigned from UP – “bears no stamp receipt from UP, was only signed on July 27, 2010, the same day that she submitted it to the JBC and was not notarized.”

“It appears that she fabricated her 2006 SALN in an attempt to submit a SALN to the JBC during her application for Associate Justice in 2010,” Calida said.

Calida also mentioned SALNs from 1990 and 1991 which weren’t known to the public before.

“These are perjurious acts that bolster her utter lack of integrity,” Calida said.

Calida’s quo warranto petition is based on the claim that because she did not file the necessary SALNs and did not submit them to the JBC, she did not comply with the constitutional requirement of integrity to be Chief Justice.

The SC en banc is peeved at Sereno’s refusal to discuss with them the reason why she did not submit all the required SALNs to the JBC when she applied for Chief Justice in 2012.

The question is, how many SALNs did the JBC require?

The House committee on justice established during their hearings that the JBC required only 10, the supposed shelf-life of SALNs.

When Sereno said in her comment to the SC that 13 other Chief Justice applicants did not submit all the required SALNs to the JBC, it triggered acting Chief Justice Antonio Carpio and Associate Justice Teresita Leonardo de Castro to react.

However, Sereno said on Tuesday that the 10-year rule is a “misconception.”

“We want to clarify that in 2012 the JBC did not merely require 10 years, but all previous SALNs up to 31 December 2011 for those in government,”  Sereno’s spokesperson Josa Deinla said.

Their basis is a JBC announcement on the vacancy of the chief justice post in 2012.

“It was Associate Justice Teresita Leonardo de Castro who first brought up the baseless 10-year SALN requirement in one of her many appearances before the House Committee on Justice, where she willingly testified in support of the fatally defective impeachment complaint filed by lawyer Lorenzo Gadon against Sereno,” Deinla said.

Deinla added that De Castro has been in government service since 1973 and therefore was “bound to submit 39 SALNs” in 2012.

A letter from Carpio to the JBC dated July 23, 2012 explains the non-filing of SALNs from 1995 and 1996 (READ: Carpio’s SALNs all accounted for, documents show)

De Casto has not responded to our request for comment as of writing.

It was revealed during the hearings that in 2012, the JBC decided to relax its rules and greenlight applicants if they had substantial compliance with requirements.

The JBC’s minutes of the meeting on July 20, 2012 showed that they agreed as a body to accept substantial compliance.

They first discussed the SALNs of former associate justice Roberto Abad. After some discussion, the JBC agreed that Abad substantially complied.

They had a longer discussion with the SALNs of former elections chairman Andres Bautista. The minutes show that the executive officer asked for clarification whether Bautista’s 5 SALNs could pass for substantial compliance when he had been in government service for 20 years.

With Bautista’s compliance unclear, the JBC proceeded to the other candidates.

When it came to Sereno, however, there were only these two sentences, without the phrase “has substantially complied” next to her name:

“The Executive Officer informed the Council that she had not submitted her SALNs for a period of 10 years, that is, from 1986 to 2006. Senator Escudero mentioned that Justice Sereno was his professor at UP and that they were required to submit SALNs during those years.”

On July 23, 2012, or 3 days after the meeting, Sereno sent the JBC a letter saying: “Considering that most of my government records in the academe are more than 15 years old, it is reasonable to consider it infeasible to retrieve all of those files.”

Associate Justice Diosdado Peralta, who was the acting chairman of the JBC then in absence of Corona, said the letter was “never placed in the deliberation.”

“Mere non-submission of SALNs to the JBC is not proof of non-filing,” Deinla said.

Sereno has committed to the SC to “continue to recover and retrieve her missing SALNs and will present them before the Senate sitting as the impeachment tribunal.”

But in the same pleading to the SC, Sereno raised the argument that from 1998 to 2006, she was mostly on leave without pay from UP.

Citing different laws, Sereno said: “Since the record shows that the Chief Justice was on leave without pay during these periods, she was actually not required to file any SALN for these years.”

“Her failure to file her SALNs in compliance with the Constitution and RA 6713 mars her integrity. Viewed from any perspective, Respondent lacks one of the indispensable qualifications for the office of the Chief Justice of the Republic of the Philippines. Her ouster from office should follow as a matter of course,” Calida said.

At the onset of the impeachment proceedings in 2017, the allegation involving her SALN was that she did not declare her P30-million earning from the Philippine International Air Terminals Co Inc (Piatco) case.

Sereno’s spokesperson Carlo Cruz said in September 2017 that it was a “non-issue.”

But the SALN issue has taken a new form, such that Sereno’s fate is now in the hands of her fellow justices – the same people she bypassed, crossed, and continues to clash with. – Rappler.com