Is the DOT’s media restriction in Boracay constitutional? 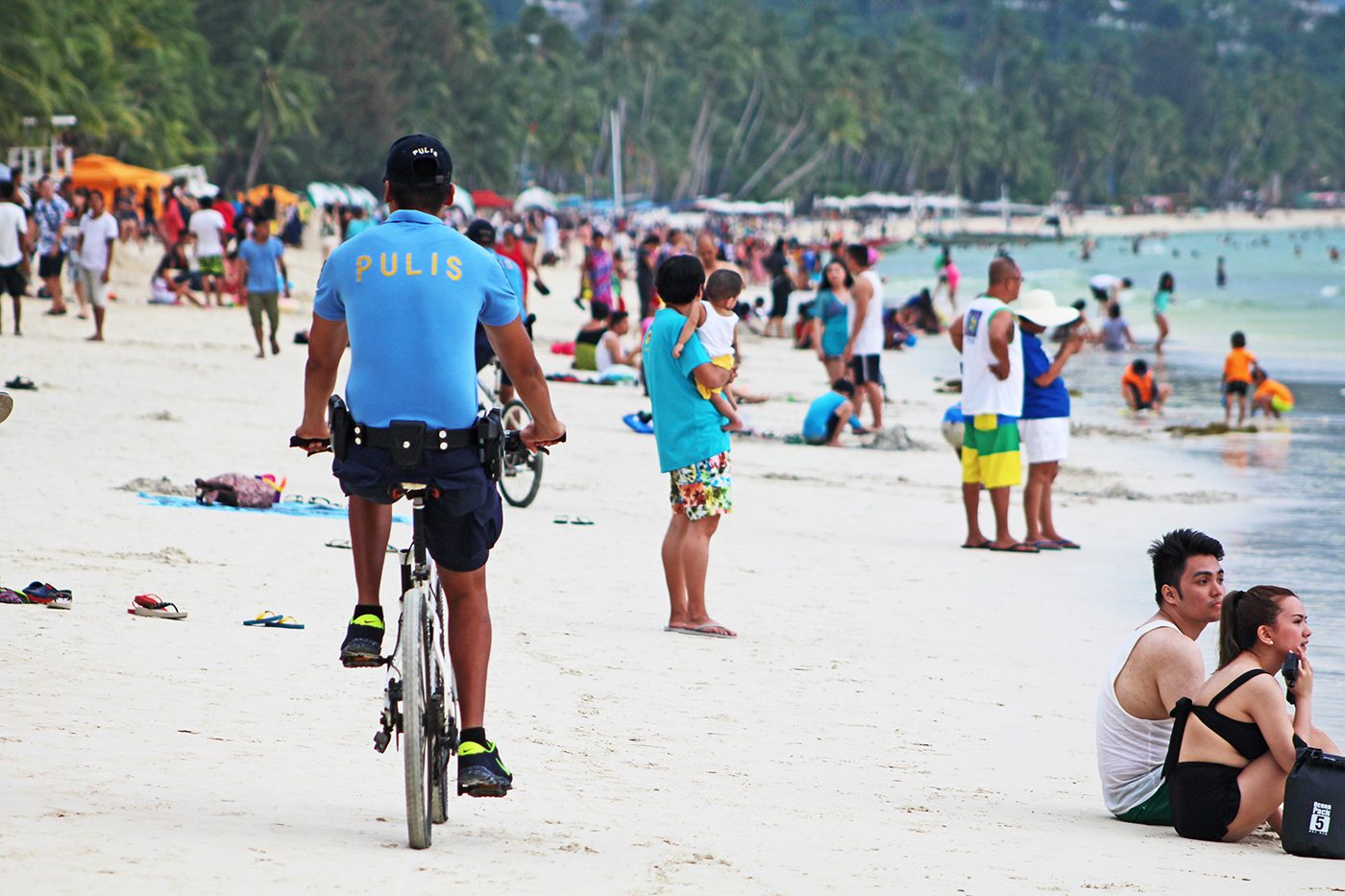 MANILA, Philippines – The media guidelines that the Department of Tourism (DOT) will implement during the 6-month rehabilitation of Boracay island constitute prior restraint and raise constitutional issues, according to two legal experts.

“The restriction is unconstitutional because it’s prior restraint. The fact that only accredited members [of the press] are allowed is a repression that is tantamount to censorship, and there’s no legal reason,” Jose Manuel Diokno of the Free Legal Assistance Group (FLAG) told Rappler.

“The restriction comes with a heavy burden against its validity. I can categorically say the restriction presents a good case of prior restraint,” said Gil Anthony Aquino of the Center for International Law (CenterLaw).

On Monday, April 16, the DOT started  receiving applications for media accreditation. According to written guidelines provided by the DOT, a maximum of 13 personnel per television network and a maximum of 5 personnel per radio, print, online, or wire organization will be accredited.

In a press conference on Saturday, April 14, Tourism Assistant Secretary Frederick Alegre said members of the media cannot stay in the island overnight. They can only cover from 8 am to 5 pm.

“As you know, there’s a lot to clean up, and when you get to the island, you will be assigned an area where you can cover, and there will be escorts that will guide you to certain areas if you wish to go,” Alegre said.

The Boracay island will be closed for 6 months  staring April 26 to give way to cleanup and rehabilitation.

“Any form of prior restraint bears a presumption against its constitutional validity,” Acting Chief Justice Antonio Carpio once wrote in a dissenting opinion.

Diokno noted that there is no legal basis to say the rehabilitation of Boracay is a matter of public safety, whether it’s about security or health.

For example, in a war zone or in an area where there is a declared epidemic, restriction on media access “is only common sense,” he said.

“What is their legal basis for controlling the number of people that should go to the place?” Diokno added.

“The right of travel can only be limited by national security, public safety, or public health. The DOT cannot just order the closure of an entire island and arbitrarily restrict the access. Why would they limit the number, why limit the hours and places?” Aquino said.

Media can challenge it in court: Diokno said the accreditation scheme has a chilling effect on media.

“It follows that if you can be accredited, you can also be disaccredited, there’s a chilling effect that if you report something that the government will not like, then maybe you will lose the accreditation,” Diokno said. (READ: DILG’s Boracay plan: 6-month state of calamity, 2-month business shutdown)

Aquino and Diokno agree that there will be a solid case if media groups choose to challenge the restriction in court.

Media groups can either apply for a temporary restraining order (TRO) on the restriction or a petition for certiorari.

“Media can definitely contemplate filing a legal complaint. Not only are their rights trampled upon, but also the rights of the public to know,” Aquino said.

He added: “It is closely connected to the right of the people to public information. It’s a matter of public concern, taxpayers money is at stake, jobs are at stake, people have already booked flights, they deserve to know.”

Closure of Boracay is itself ‘highly questionable’: “The whole idea of closing Boracay itself is highly questionable. There is the constitutional right to travel. If I want to go to Boracay, there should be no impediment in me going there,” Diokno said.

Diokno pointed out that up to now, the basis of the closure is only a public pronouncement by President Rodrigo Duterte. To date, Malacañang has not issued any formal memorandum or order.

“In my view, the reason why they have not issued any written order closing Boracay is because they are concerned that it will be questioned,” Diokno said.

“It is alarming because at the outset there are constitutional issues you can think of. There are a lot of civil liberties that are being violated,” Aquino said.

The Boracay closure became even more controversial when it was revealed that there is plan for a Chinese company to build a casino-resort there. – Rappler.com