Apr 20, 2018 7:41 PM PHT
Lian Buan
Facebook Twitter Copy URL
Copied
Sereno's challenge is to let the impeachment trial take its course, and spare the SC the pains of handing down a polarizing decision 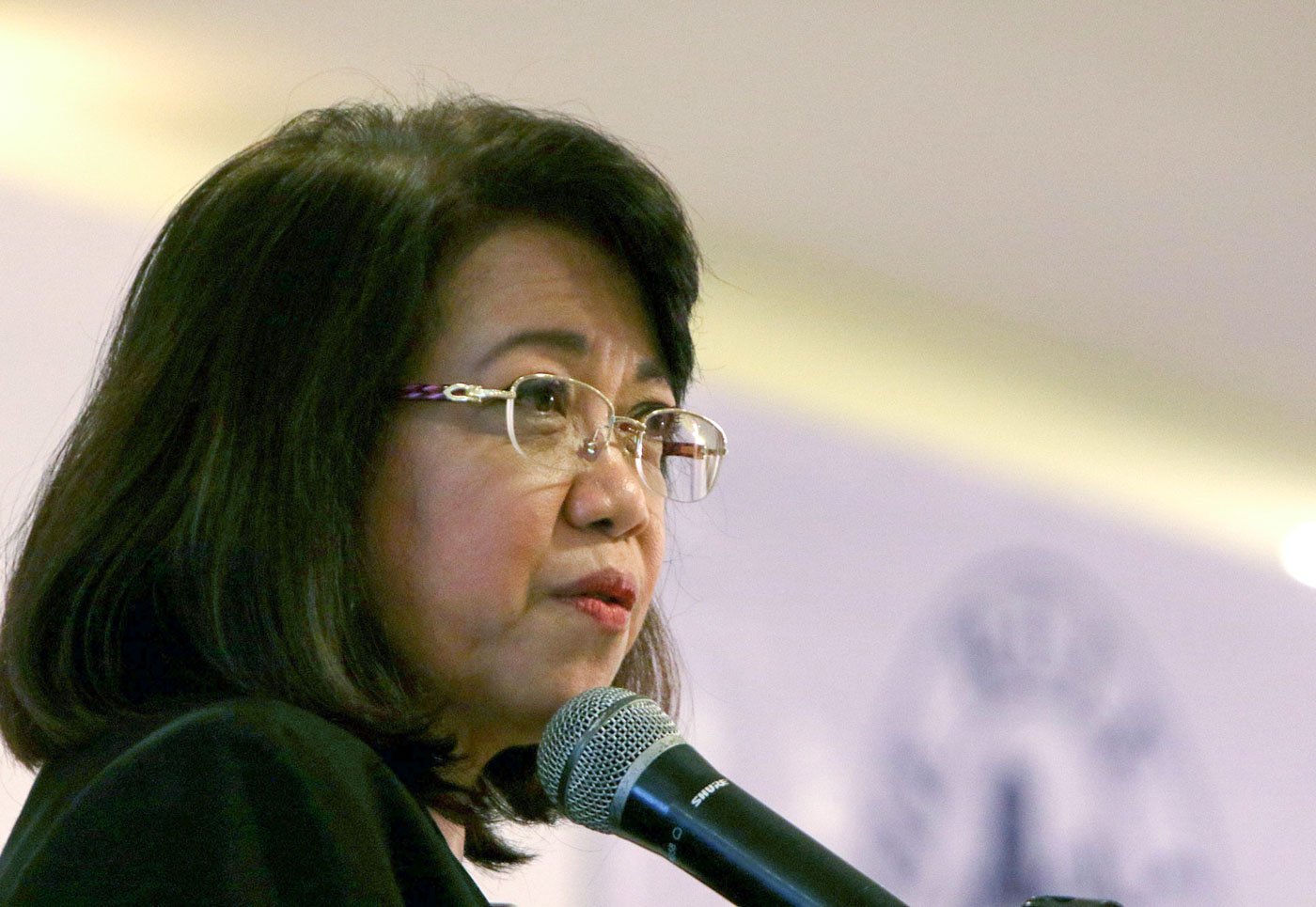 MANILA, Philippines – Chief Justice Maria Lourdes Sereno calls the quo warranto petition against her the gravest wound inflicted on the Constitution, a position supported by several law groups, not least of which is the Integrated Bar of the Philippines (IBP).

The Supreme Court (SC) justices have a lot to think about when they decide in May whether or not to oust Sereno via a route outside impeachment.

Sereno and Solicitor General Jose Calida filed on Friday, April 20, their memoranda to lay out to the SC their final arguments.

“The Chief Justice thus humbly and respectfully beseeches her brethren in this Honorable Court to stay true to their oaths to uphold and defend the Constitution..keeping in mind the utmost necessity of safeguarding the separation of powers and the system of checks and balances firmly ingrained therein,” Sereno said in her 142-page memorandum.

In a press conference in Iloilo also on Friday, Sereno said the quo warranto petition against her will make everyone in the government vulnerable. “Ito po ang alam kong pinakamalalang sugat na kaya nilang ibigay sa Constitution sa ating bansa,” she said. (I know this to be the gravest wound that they could ever inflict on our Constitution.)

This puts the SC in a very precarious situation.

The Court’s past rulings that favored the Duterte administration, and their letting the quo warranto petition get this far, have pushed prominent lawyers to cry for help.

Led by IBP national president Abdiel Dan Fajardo, a coalition of lawyers wrote the UN special rapporteur on the independence of judges and lawyers to investigate threats against the Philippine judiciary.

Sereno said if she is removed through a quo warranto, it would scare all justices and judges to decide on cases independently.

“Decisions of the High Court could be driven or influenced by a Justice’s fear that the majority might someday remove him or her from office. Judgments would be rendered, in part, to avoid the ire of fellow magistrates, and to ensure political survival and longevity,” Sereno said.

The story, however, is a little bit more complicated for both Sereno and the SC.

Sereno is a Chief Justice forced to go on leave by 13 of her colleagues (one being on leave when the intense session happened).

She is also a Chief Justice who has been on the losing side in the recent controversial cases.

Likewise, she is a Chief Justice whose internal policies have been hotly contested by justices and subordinates.

The chief of informations technology of the SC quit in the middle of Sereno’s controversial hiring of a consultant.

An internal investigator said the hiring violated procurement rules, and that the consultant was overpaid.

The SC employees association, with the support of other groups within the judiciary, has boldly called for her resignation.

As Associate Justice Teresita Leonardo de Castro put it, removing Sereno would put an end to years of “suffering.”

At what cost? That is the question.

Justices also want answers to many questions, the missing Statements of Assets, Liabilities and Net Worth (SALNs) being just one of them.

Sereno has a suggestion for her colleagues: put me on impeachment trial.

Even Senate President Aquilino Pimentel III, Duterte’s staunch ally and the ruling party president, favors the impeachment route. He even called the quo warranto petition an invention that violates the Constitution.

Pimentel urged the Lower House to act on the impeachment complaint, which the congressmen halted to give way to the quo warranto petition.

(If they really believe in their impeachment process, the other proceedings should be immaterial. Why are they not moving? The answer is because they’re on break. So when they resume, there will be no reason not to act on it.)

Sereno refuses to answer a hypothetical question whether she would vacate her post when the SC ousts her via quo warranto, or if she would fight for her post. If she does the latter, it would be a constitutional crisis that would rock the country.

So her challenge is to let the impeachment trial take its course, and spare the SC the pains of handing down a polarizing decision.

One way or the other, it is a painful irony for the SC.

Sereno is a Chief Justice whom they apparently never fully welcomed, but removing her will definitely not be an easy task. – Rappler.com