Apr 24, 2018 1:22 PM PHT
Lian Buan
Facebook Twitter Copy URL
Copied
The Office of the Ombudsman announces the charges two months before the retirement of Ombudsman Conchita Carpio Morales, who is criticized by President Rodrigo Duterte and his allies of meting out selective justice or favoring officials of the Aquino administration 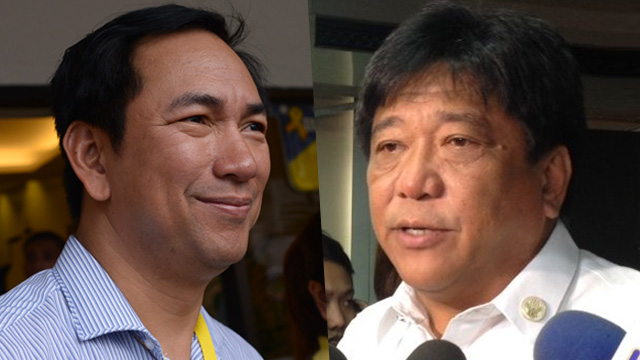 The Office of the Ombudsman on Tuesday, April 24, said it found probable cause to charge Alcala and 23 other officials for graft over the garlic cartel first probed under the administration of President Benigno Aquino III.

Investigators found that from 2010 to 2014, or the first 4 years of Alcala’s term as agriculture secretary, he approved import permits for garlic despite an existing order suspending the issuance of IPs.

In 2013, Alcala designated Lilia Cruz of the Vendors Association of the Philippines, Incorporated (VIEVA) as chairperson of the National Garlic Action Team (NGAT). The NGAT served as the Department of Agriculture’s consultative body on policies on garlic production and supply.

Seventy percent of the IPs went to  farmer cooperatives and  the remaining 30% to legitimate garlic importers.

“NGAT’s resolution that 70% of the IPs would be allocated to farmer cooperatives was actually a scheme designated for Cruz to control the garlic importation.  It bears emphasis that after Cruz established VIEVA, she caused the affiliation of farmer cooperatives and associations under its umbrella on the pretext of helping them financially,” the Ombudsman’s resolution said.

It added, “The scheme enabled VIEVA to monopolize the garlic supply, allowing it to dictate its market prices.  [From] January to July 2014, the extraordinary and alarming spike in the prices of imported and locally produced (native) garlic was strongly felt by the public especially in the month of June 2014.”

The Ombudsman said Cruz “practically controlled a big chunk of the 100% of the IPs for imported garlic,” as the 30% that was supposed to be for legitimate garlic importers also went to affiliated importers of VIEVA.

“On the other hand, the 70% of IP allocation for the farmer cooperatives was mainly captured by Cruz through VIEVA-affiliated farmer groups,” the resolution said.

For his acts in designating Cruz to the NGAT and approving IPs, Alcala is charged of Section 3(e) of the graft law that penalizes officials who cause undue injury to the government.

In 2014, following the spike in garlic prices in Metro Manila, the Department of Justice under then Secretary Leila de Lima investigated the so-called garlic cartel and concluded that it was controlled by 4 individuals, in connivance with DA and Bureau of Plant Industry officials.

In 2017, Alcala was found guilty of grave misconduct and conduct prejudicial to the best interest of the service over the questionable construction of corn trading and processing center in Quezon. He was barred from public office.

Petilla’s charges stem from his alleged involvement in the fertilizer scam when he was Leyte governor. Charged with him is his mother, Palo Mayor Remedios Petilla, also a former Leyte governor.

The Petillas awarded contracts to suppliers without public bidding, investigators said. The charge sheet accused them of approving “unnumbered and undated purchase orders, reports, and other supporting documents.”

The Office of the Ombudsman announce the charges three months before the retirement of Ombudsman Conchita Carpio Morales, who is criticized by President Rodrigo Duterte and his allies of meting out selective justice or sparing officials of the Aquino administration. – Rappler.com