Apr 25, 2018 6:32 PM PHT
Lian Buan
Facebook Twitter Copy URL
Copied
This is another messaging shift from the Chief Justice – from being evasive on the topic of personal relationships to joking about exorcising evil 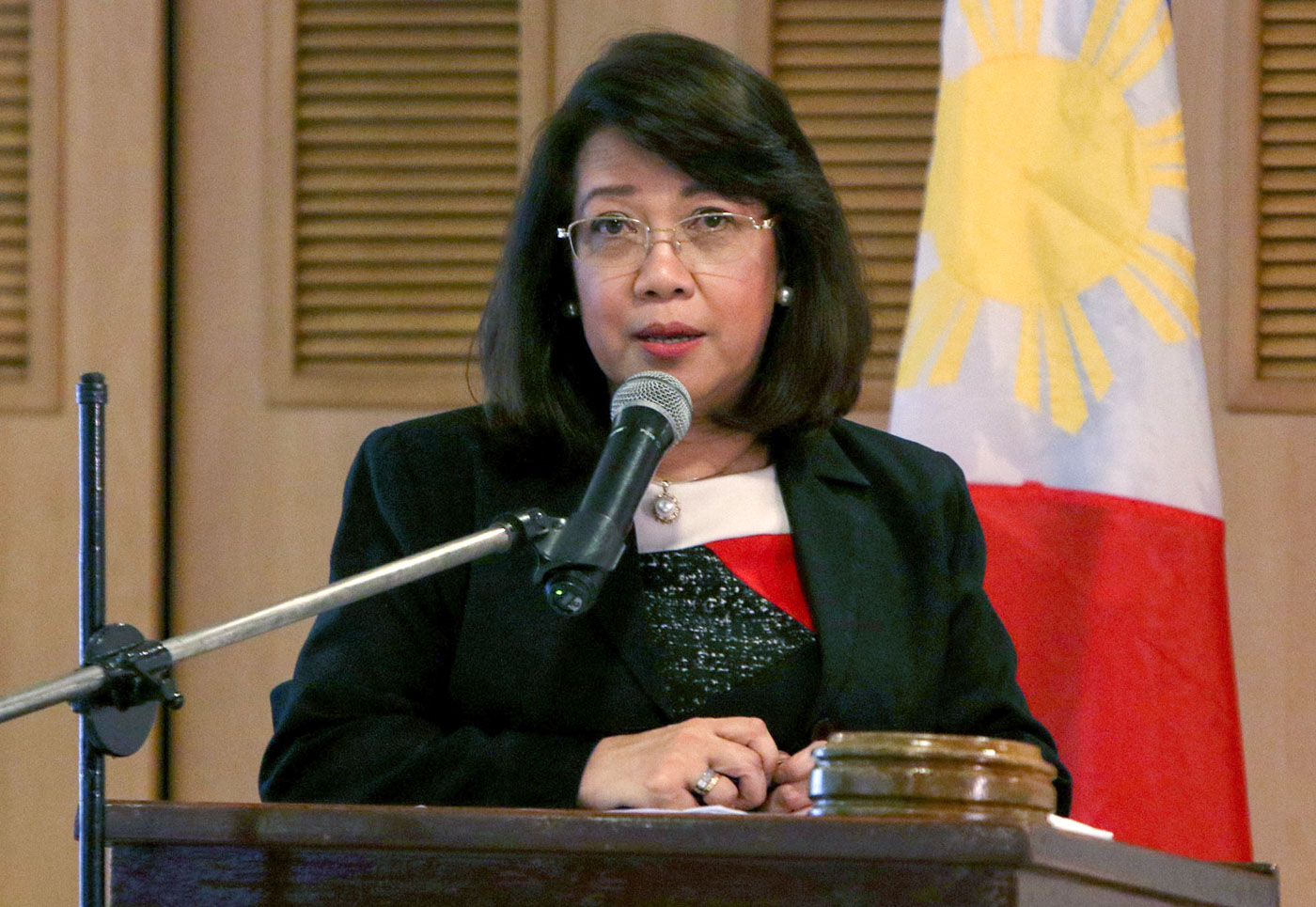 MANILA, Philippines – As the clock ticks on the Supreme Court (SC) decision on the quo warranto petition against her, Chief Justice Maria Lourdes Sereno intensified her criticism of her co-justices, hitting them for “unfairness.”

“The questions propounded to me in the Supreme Court itself really wanted to examine every little thing I did in the past in the hope that they will find something scandalous about my life,” Sereno said on Wednesday, April 25, in a speech at the Ateneo Law School.

The SC en banc is expected to come out with a decision mid-May, and Sereno’s speeches suggest she’s not interested in wooing votes.

Referring to the oral arguments held by the SC on April 10, Sereno said: “I was just preparing myself for the question, ‘Ilang boyfriend mo na (How many boyfriends have you had)?’ That is why I asked the question, Justice, my colleague, do you want to go to my house for records? The unfairness of it all is grating to the soul of the nation.”

Sereno maintained that nothing has been proven about corruption under her leadership. She said her fault was that she was appointed chief justice, and that she gained enemies for it.

Playing off the applause and laughter from the crowd, Sereno joked that maybe what the SC needs is a retreat.

This is another messaging shift from the Chief Justice. Whereas before she would not address questions about the sour relations between her and other justices, on Wednesday, she was biting.

She also said that she is ready to step down as Chief Justice if she is convicted and ousted by the Senate. It begs the question: will she challenge the Supreme Court if they remove her via quo warranto?

Senate President Aquilino Pimentel III said on Wednesday that should the Supreme Court remove her, the Senate can be at a positition to vote on the validity of the removal.

Scenarios like this spell a constitutional crisis, and the so-called Gods of Padre Faura will be at the center of it.

“It is not a matter of holding on to the position, it is not defense of a person, it is a defense of the basic principles that make us a democractic nation,” Sereno said. – Rappler.com