Returning P60M to gov’t ‘admission of guilt’ by Tulfos – Akbayan 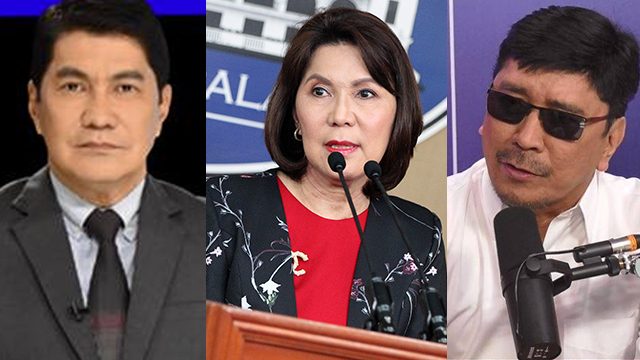 Facebook Twitter Copy URL
Copied
'If she had an ounce of delicadeza, she would resign. Returning the money should not stop probes for accountability. It also doesn’t correct an illegal act,' says Akbayan's Gio Tingson, referring to Tourism Secretary Wanda Teo

Akbayan Spokesperson Gio Tingson said that the announcement by Tourism Secretary Wanda Tulfo Teo’s lawyer that her brothers will be returning the P60 million paid by her department to her brothers Ben and Erwin for ad placements on their show indicates nothing less.

“If she had an ounce of delicadeza, she would resign. Returning the money should not stop probes for accountability. It also doesn’t correct an illegal act,” Tingson said on Monday, May 7.

In a statement released to the media, Akbayan also said, “We are more convinced that the DOT [Department of Tourism] is in the hands of an official who favors her family business over public service.”

Earlier on Monday, Teo’s lawyer Ferdinand Topacio said her brothers will find a way to return the P60 million up to the last centavo.

Even Teo’s husband Roberto Teo will also be resigning from the board of the Tourism Infrastructure and Enterprise Zone Authority (Tieza), according to Topacio. Teo heads the TIeza’s audit committee and is a member of all other committees. He was also appointed to the Board of LandBank Philippines’ Leasing and Finance Corporation in June 2017.

The Commission on Audit had previously questioned the P60 million paid by the DOT for ad placements on the show co-hosted by the Tulfo brothers, Kilos Pronto, citing lack of supporting documents.