MANILA, Philippines – Is the same-sex marriage petition pending before the Supreme Court flawed or are the justices just not ready for marriage equality?

For University of the Philippines (UP) constitutional law professor Dan Gatmaytan, Falcis’ petition stands on solid ground which should convince the Supreme Court to let go of the procedural questions.

“The fact is, the arguments are already there. All Falcis needs to do is get them through the door, and then they will be forced to deal with the issue and I don’t think [the justices] are prepared to deal with the issue. That’s why they put a lot of emphasis on the procedural aspects,” Gatmaytan said in an interview with Rappler. (READ: Your guide to the Supreme Court oral arguments on same-sex marriage)

There are 3 pertinent procedural questions which were hammered by Jardeleza during the oral arguments.

Falcis is a single gay man who has not applied for a marriage license yet. This does not give him legal standing to file the petition, said both Jardeleza and the Office of the Solicitor General.

According to Gatmaytan, Falcis’ theory is that he does not need apply for a marriage license because the very definition of marriage in the Family Code already harms him as a gay man.

The Family Code’s provisions limiting marriage to only a man and a woman, according to Falcis, already rob him of the option that single straight people enjoy, and therefore violate his right to equal protection of laws.

Still, Falcis was able to get a married gay couple, and one half of a married lesbian couple, to intervene in the petition. Gatmaytan said the interventions should have cured the legal standing flaws.

“And that’s why my conclusion is that [the justices] were trying to find a reason not to decide the case,” Gatmaytan said.

Jardeleza also lectured Falcis on the principle of hierarchy of courts, pointing out that the landmark US Supreme Court decision legalizing same-sex marriage was a culmination of decades of fighting it out in the lower courts.

Gatmaytan said hierarchy of courts is not absolute, and that the rule is sometimes waived in cases of “significant national interest”.

The Supreme Court said in earlier rulings that “the judicial hierarchy of courts is not an iron-clad rule” and that “a direct invocation of the Court’s original jurisdiction may be allowed where exceptional and compelling circumstances justify” it.

Gatmaytan believes that Falcis’ petition legitimately raises the legal question of whether the Family Code is unconstitutional for violating equal protection of laws.

Section 1, Article III of the Constitution: No person shall be deprived of life, liberty, or property without due process of law, nor shall any person be denied the equal protection of the laws.

This is why there are laws that are biased for children, for example. Because there is a substantial distinction between a child and an adult, equal protection of laws does not apply. There are rights specific to a child that adults do not enjoy and these are not violative of the Constitution.

In same-sex marriage, Falcis said a “substantial distinction” condition does not exist because same-sex couples should not be treated differently than straight couples.

Solicitor General Jose Calida cited the second condition to justify the non-application of equal protection of laws. Calida said that procreation between a man and a woman is “germane” or relevant to the purpose of the Family Code.

Falcis and Gatmaytan both pointed out, however, that straight couples who are unable to procreate are still allowed to marry.

“You see that’s the only thing that they can use. Because in every academic discussion you have, you end up asking questions like, so if you are barren, they cannot allow you to get married? You know the weakness of that argument,” Gatmaytan said. 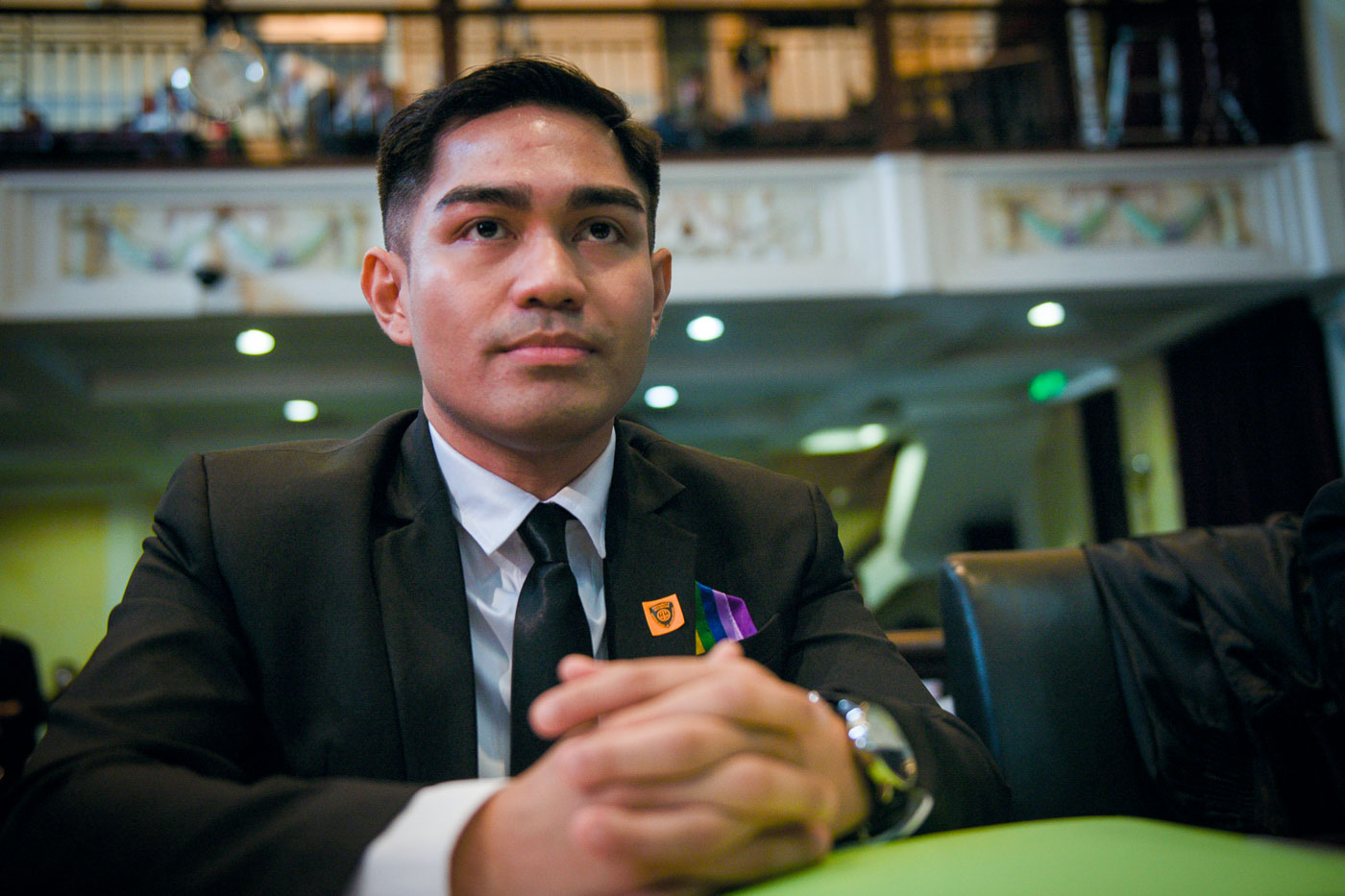 In the interpellation of Associate Justice Marvic Leonen, he asked Falcis what the urgency is in legalizing same-sex marriage when other laws could be amended first and give certain civil rights to same-sex couples anyway.

In legal principles, this is called the “transcendental importance” doctrine, which, in some cases, would even cure a problematic legal standing.

“If we understand the value of marriage, and how important it is to a human being, then those people who are deprived of that right can explain why it’s an issue of great legal significance,” Gatmaytan said.

Gatmaytan added: ”Falcis could have stressed the impact of the Court’s potential ruling on a significant number of the population. He could have provided statistics.”

Gatmaytan said this all boils down to the readiness of justices to even entertain the idea of same-sex marriage. Gatmaytan agrees that the petition certainly comes with risks, but nothing that will permanently damage the cause.

“If it turns out later on that there’s a problem, then that can be cured either by legislation or more cases. But I don’t think you should stop yourself from ruling on an issue [based on that],”Gatmaytan said. (READ: SC’s De Castro: Same-sex marriage will complicate gender specific laws)

He added: “If this works, Falcis is going to be a hero, if it doesn’t work, he’s going to be the most hated person in the LGBT community. But do I think the petition is a waste of time? No. It’s a bold first step.”