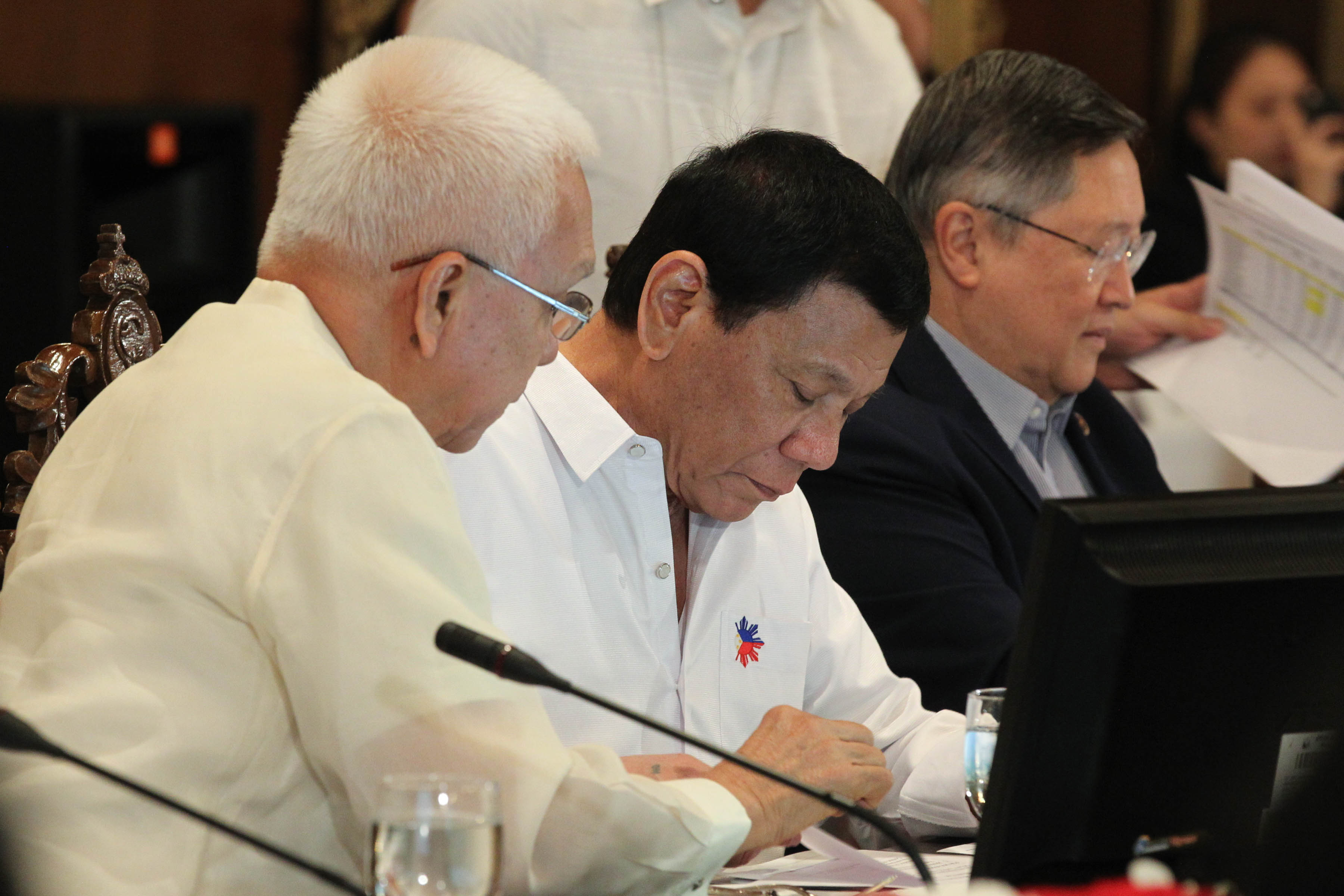 Presidential Spokesperson Harry Roque said on Thursday, June 28, that Evasco joins him and two others – Foreign Undersecretary Ernesto Abella and Pastor “Boy” Saycon – in the committee that Duterte formed to for the dialogue with religious groups.

“The President designated a 4th member to the committee to hold dilaogues with the different churches. Cabinet Secretary Evasco Jr was appointed the 4th member of this presidential committee,” said Roque.

He said he was told of the decision “late last night,” or after he and the other members of the committee held a press conference.

The spokesman surmised that Evasco was given the task because “he’s an ex-priest himself and is familiar with the dogma of the Catholic Church.”

Roque could not say for sure if Duterte will accept the invitation of the Papal Nuncio to the Philippines to attend Pope’s Day or Feast of Saints Peter and Paul celebrations on Friday, June 2, but said it is unlikely because the invitation was sent “late.”

“I don’t think at this point that the President will be attending the event but then again until the Office of the President actually says so, I’m not sure,” said Roque.

“I’m just wary because the invitation came so late the President already has fixed schedules. I do not have any idea if the President will be able to attend,” he added.

He also said there is still “no fixed date” for any meeting between Duterte and the Catholic Bishops’ Conference of the Philippines.

But he said Malacañang welcomes remarks by Manila Archbishop Luis Antonio Cardinal Tagle amidst the furor caused by the President’s statements about God, the Bible’s creation story, and the Last Supper.

“We welcome the statement of Cardinal Tagle urging Catholics to respect the views of other religions including atheists,” said Roque.

Various Christian groups, evangelical churches, and their leaders, as well as Catholic Church leaders, have slammed Duterte for his remarks.

The Philippine Council of Evangelical Churches said it was “immensely offended” by Duterte’s words and deemed them “inappropriate.”

The National Council of Churches in the Philippines accused Duterte of using his presidential prerogative to “attack the faith, beliefs and traditions of another” and said this was a “brazen exercise of power against one’s religion.”