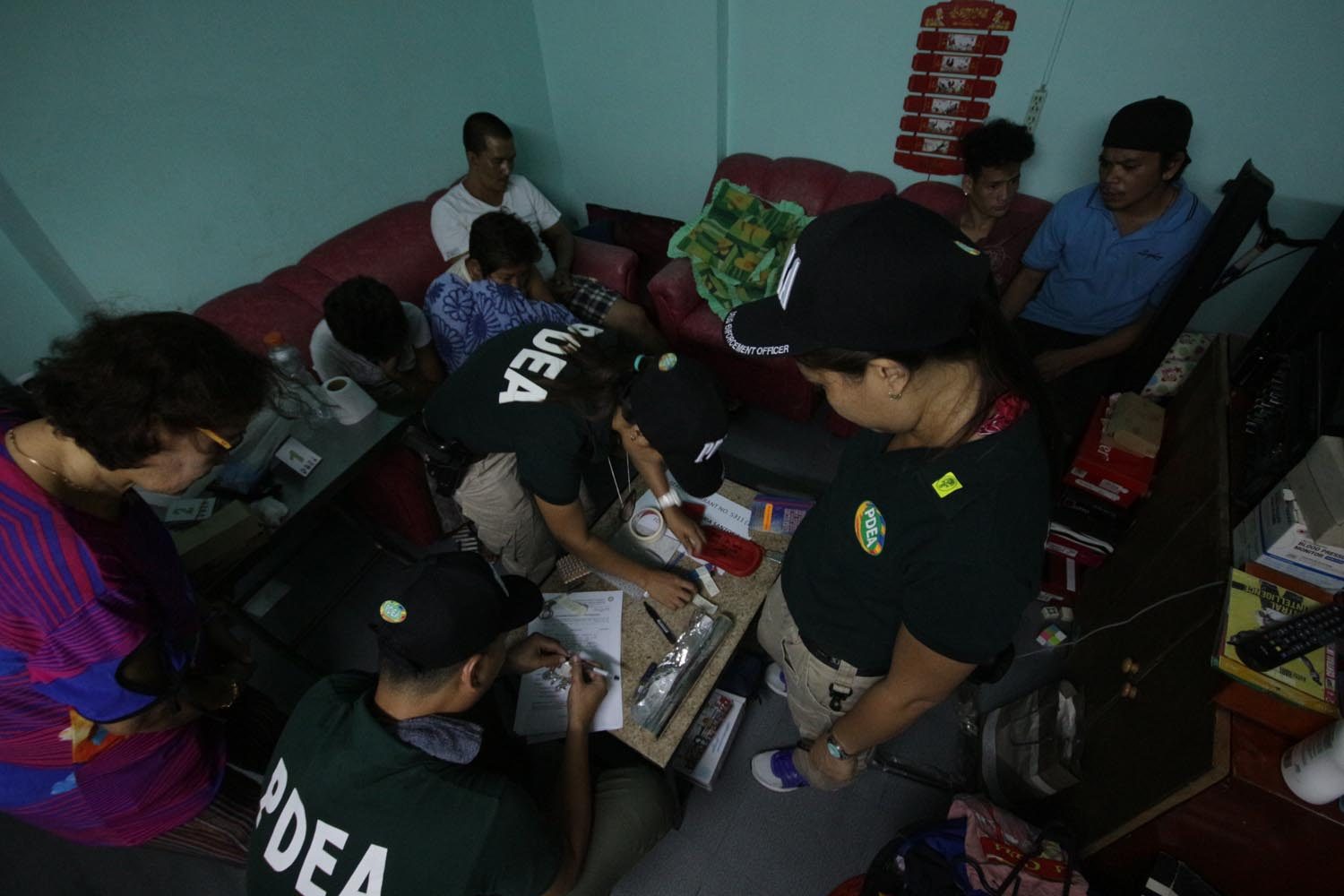 Facebook Twitter Copy URL
Copied
The Philippine Drug Enforcement Agency restricts access to documents and facilities, leading auditors to say they 'cannot form a conclusion' on the effectivity of the handling of drugs

MANILA, Philippines – Auditing of the Philippine Drug Enforcement Agency (PDEA) showed that the agency was able to seize much more shabu from operations since President Rodrigo Duterte took office in 2016, but the Commission on Audit (COA) has questions on whether the drugs were handled properly.

In 2017, the PDEA seized 1.1 million grams of solid meth and 1.1 million milliliters of liquid meth, significantly higher compared to hauls in previous years.

But there’s a problem – COA has concerns with how the PDEA is safekeeping and handling the drugs in its custody, which cost a total of P6.7 billion. Auditors said they cannot form a conclusion on the effectivity of the PDEA’s handling of drugs because access to documents and facilities was limited.

For example, auditors were not given access to the agency’s storage facilities because of “sensitivity of the drug evidence kept in the area.”

“We were not able to verify these but noted that behind the rear wall of the evidence room is a multi-level parking [building], which makes it vulnerable to forced entry. Further, the panel control for the humidifier that controls the temperature inside the evidence room is located outside,” said COA.

Auditors were told by the chief of the Documentation and Evidence Division (DED) that the room has 4 layers of protection with 11 locks in all. There’s an iron grille gate, then a wooden door, two more iron gates, and a wire mesh. (READ: PDEA admits ‘failing’ in street-level drug war)

The DED chief told auditors that there are also night-vision cameras inside the storage area “which are directly connected to the Plans and Operations Service (POS), which operates 24/7.”

When auditors requested a walkthrough of the process for document verification, they were given one case folder as a sample.

“However, this was not enough for us to form a conclusive validation because we were informed that for most of the documents needed, we had to obtain prior approval and clearance from various top officials,” said COA.

COA reasoned out that because the drugs in PDEA’s custody were seized in operations using public funds, “it is imperative that the agency is able to provide enough, if not complete, information on how these are accounted.”

The handling of drugs is guided by strict standards set by the Dangerous Drugs Board (DDB).

Auditors focused on compliance with these particular rules:

Based on limited access, the auditors made recommendations to improve safety controls, such as installing cameras and fire exhaustion systems, and replacing the locks of wooden doors every once in a while.

COA also asked the PDEA to “allow a certain level of transparency in its handling and disposition of seized/confiscated drugs through submission of the requested documents needed in audit, if only to show sincerity in accounting for the billions worth of dangerous drugs in its custody.”

“While protecting the probative value of drug evidence is a concern, we believe that maintaining transparency in the custody, monitoring, and disposition of seized/confiscated dangerous drugs is also important,” state auditors said. – Rappler.com