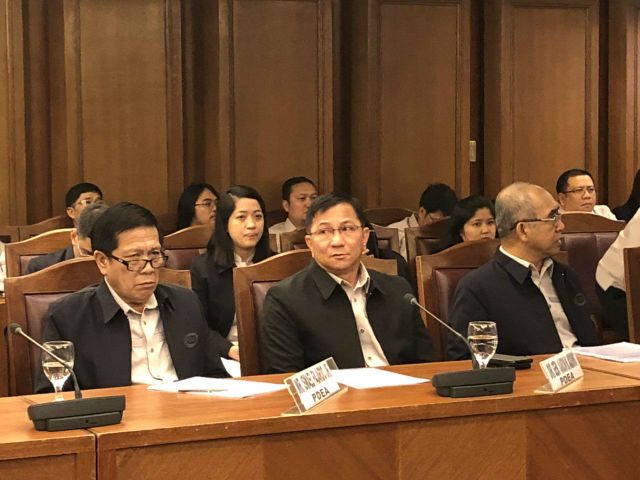 Aquino arrived in the Andaya Hall of the Batasang Pambansa a little past 10 am on Thursday, August 30. (READ: House resumes probe into missing P6.8-B shabu shipment)

On August 14, the House panel decided to write Aquino a “strongly-worded” letter compelling his attendance to the hearings.

It was Antipolo 2nd District Representative Romeo Acop, a retired police general, who wanted the letter written after he questioned Aquino’s absence during the motu proprio investigation.

Aquino was about to go on his leave at the time, but he clarified that he had filed it 6 months before one ton of shabu allegedly escaped the country’s frontline anti-drug agencies.

During the first hearing on August 14, lawmakers tried to end the tussle between the PDEA and the Bureau of Customs (BOC). The two agencies were blaming each other after the discovery of empty giant magnetic lifters in a Cavite warehouse which were thought to contain shabu.

The PDEA was quick to impute “corrupt” Customs employees, while the BOC pointed the failure of the PDEA and the Philippine National Police (PNP) to share intelligence on the alleged illegal drugs shipment.

Aquino prevously admitted to Rappler that PDEA and PNP got intelligence information about the shipment on July 16, but only shared the information to BOC on July 18. By then, it was too late to hunt down the alleged illegal drugs.

He said they did not share the information to the BOC at the time because it was still hearsay. He also blamed alleged corrupt officials from BOC for the smuggling of the illegal drugs. – Rappler.com