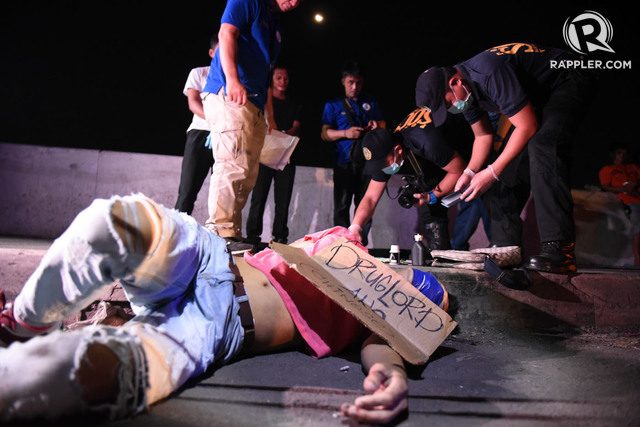 Facebook Twitter Copy URL
Copied
It is not only a question of whether courts are working, but also if there is an effective investigation at the prosecutorial level

“Are we in a state of impunity now? Yes, I would think so,” lawyer Emmerlynne Gil said at an Integrated Bar of the Philippines (IBP) justice forum held at the Silliman University in Dumaguete on Thursday.

Gil, senior international legal adviser for Southeast Asia of the International Commission of Jurists, added, “ICC is insurance for us as a nation, not only for us right now, but for the years to come because we never know what’s going to happen to our country.”

The issue was raised during oral arguments on the petition against the Philippines’ withdrawal from the ICC on Tuesday, August 29, where Supreme Court (SC) Associate Justice Marvic Leonen asked whether Philippine courts have failed that it warrants the intervention of an international court.

Gil said that while Philippine courts are working “for now,” remaining in the ICC is an effective precautionary and accountability measure.

ICC Prosecutor Fatou Bensouda is currently doing a preliminary examination into the drug war killings based on a mass murder complaint filed against President Rodrigo Duterte, to establish whether she has jurisdiction.

For the ICC to have jurisdiction over the issue of killings in the Philippine government’s campaign against illegal drugs, it has to be proven that the Philippine justice system is unable or unwilling to investigate it.

It is not only a question of whether courts are working, but also if there is an effective investigation at the prosecutorial level.

Romel Bagares, counsel of the petitioners at the SC, noted the difficulty of the government to prove that it investigated each of the deaths in its anti-drug campaign.

Bagares said that according to the Philippine National Police (PNP) manual, when a death occurs from an operation, presumption of irregularity will not be applied. Instead, Bagares said the death should automatically trigger an investigation, starting with cops bringing it for inquest by the prosecutors.

The SC has compelled the PNP to turn over these documents to the High Court on an entirely separate case. The government finally obliged after much contention from the Solicitor General. (IN CHARTS: Drug cases take over PH courts, have low disposition rates)

Gil said there are “no hard and fast” standards to determine the unwillingness or inability of the judicial system.

“[The ICC] will probably look at data, for example, the 5,021 deaths or alleged cases of extrajudicial killings. Of that 5,021, how many were brought to court and how many in these cases where the perpetrators are convicted,” Gil said.

She was referring to the statistical study of an inter-university consortium, parts of which were presented by University of the Philippines Professor Clarissa David on Thursday showing the patterns of the 5,021 deaths that they were able to record.

David said the deaths come only from public information as provided by the media “so consider them the barest minimum” of the real and total number of deaths in the drug war since Duterte took office in July 2016.

Gil said there is a shortcoming from state and city prosecutors to perform their duty to “take the initiative of making a procedural investigation whenever a dead body is found and there might be foul play.”

“If the government is really intent in addressing EJKs, it should pour resources to the investigation and prosecution of these killings. If the reason is lack of resources, I don’t think that that is an excuse,” Gil said.

Gil added that the SC findings on the petitions seeking to declare the drug war as unconstitutional  will have a big impact on the ICC’s preliminary examinations. – Rappler.com