DOJ applies for warrant and hold departure order vs Trillanes 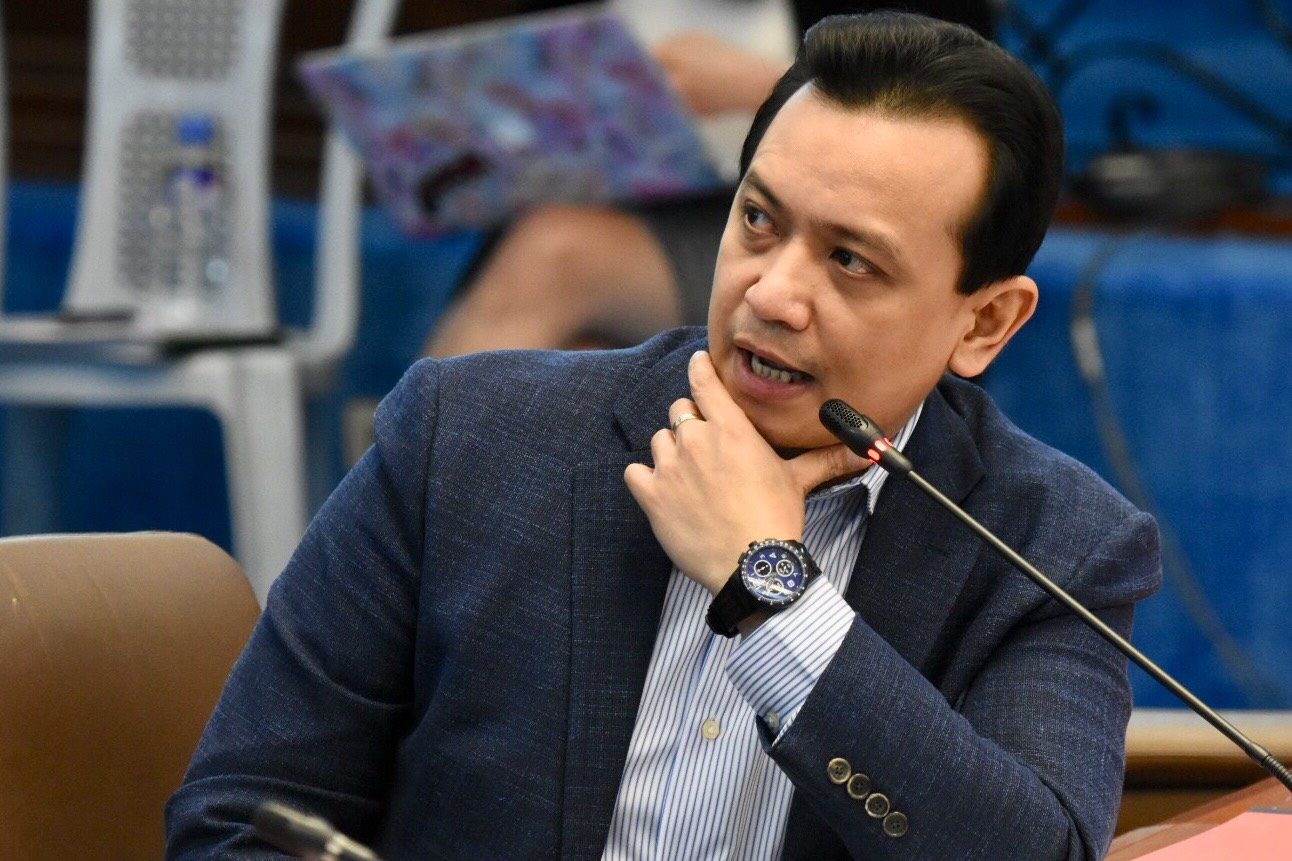 MANILA, Philippines  – The Department of Justice (DOJ) filed on Tuesday, September 4, applications for an alias warrant and a Hold Departure Order (HDO) against opposition Senator Antonio Trillanes IV, whose amnesty was voided by President Rodrigo Duterte.

An alias warrant is just a reissued warrant, meaning it can be released without the need for another determination of probable cause.

Signed by Acting Prosecutor General Richard Fadullon, the “very urgent” motion was filed with the Makati Regional Trial Court (RTC) Branch 148, which previously handled the coup charges against Trillanes for involvement in two past coup attempts against the administration of former president Gloria Macapagal Arroyo, now Speaker of the House.

“Recall that there were previous commitment orders issued by this Honorable Court in September 2003 and in November 29, 2007. Thus, this application for an alias warrant of arrest no longer needs a hearing,” the DOJ’s motion reads.

On the request for an HDO, the DOJ said: “Trillanes is an incumbent Senator of the Republic. He has the means and resources to flee to another country in order to escape Philippine criminal jurisdiction.”

Duterte’s Proclamation No. 572 orders the law enforcement officers to immediately apprehend Trillanes and bring him back to where he was detained before, as well as for the DOJ to resume criminal proceedings against the senator, the President’s fiercest enemy.

JUST IN: The DOJ has filed with the Makati RTC an application for an alias warrant and a Hold Departure Order against Senator Antonio Trillanes IV pic.twitter.com/fuahSHZvsP

Can he be arrested without a court warrant? Justice Secretary Menardo Guevarra earlier said that even without a court-issued warrant, law enforcement officers can apprehend Trillanes and take him into custody by the power only of the proclamation.

“The proclamation has directed all law enforcement officers to apprehend him, so he will be placed in custody, as to where that will be, that is a matter that we need to await,” Guevarra said.

The court-issued warrant will just specify details, like where he should be jailed, said Guevarra. Meanwhile, Guevarra said “it’s a fair arrangement” that Trillanes can stay inside the Senate.

Asked whether Trillanes’ Senate allies will move that he be held inside the Senate while waiting for the court issued-warrant, Liberal Party (LP) president Senator Francis “Kiko” Pangilinan said: “Why cannot he walk freely? Why cannot he go home if there is no warrant of arrest issued against him?”

“Utimately, we will oppose any arrest and eventually, all of this will be brought to the proper courts,” said Pangilinan.

Pangilinan added that because Trillanes is no longer an active-duty soldier, the Armed Forces of the Philippines (AFP) does not have the authority to arrest him. – Rappler.com