Military arrest for Trillanes? But penalty is dismissal from service

Sep 6, 2018 5:55 PM PHT
Lian Buan
Facebook Twitter Copy URL
Copied
‘Why will you reopen a case where the maximum penalty is discharge from service against a person who is already out of the armed forces?’ says Trillanes’ lawyer Rey Robles 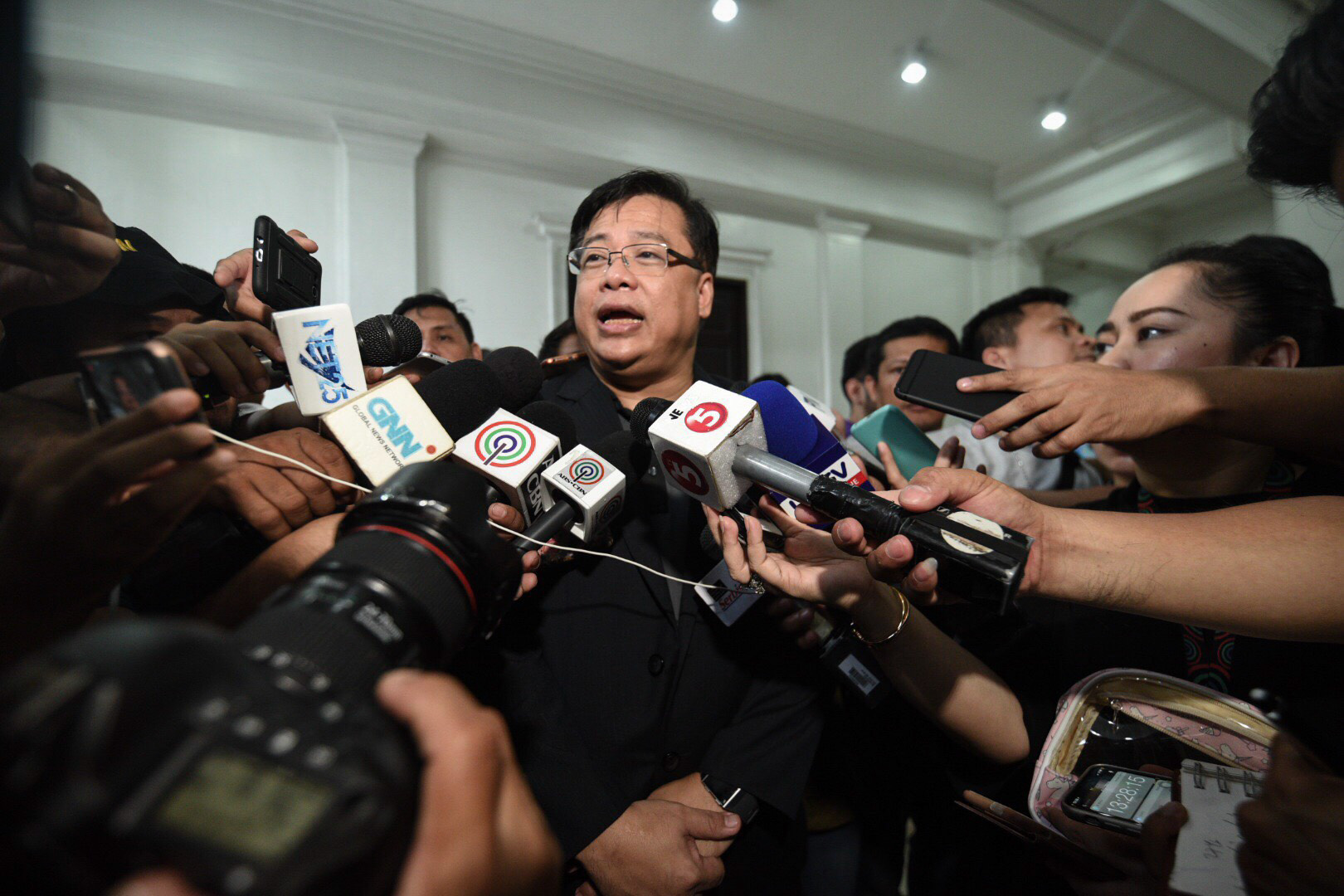 MANILA, Philippines – The camp of Senator Antonio Trillanes IV slammed as “an act of desperation” the military’s planned warrantless arrest of the opposition senator.

“Why will you reopen a case for conduct unbecoming of an officer and a gentleman na ang maximum penalty ay discharge against a person who is already out of the armed forces? Malaking kalokohan ”yun,” Trillanes’ lawyer Rey Robles said on Thursday, September 6.

(Why will you reopen a case for conduct unbecoming of an officer and a gentleman where the maximum penalty is discharge against a person who is already out of the armed forces? That’s a big joke.)

Justice Secretary Menardo Guevarra supported the Department of National Defense or DND’s statement that Trillanes – who resigned from service and returned to being a civilian in 2007 – can be arrested without a warrant, and can be tried again before a court martial.

Military courts only have jurisdiction over soldiers.

“Once jurisdiction is acquired, it is not lost until the action is terminated. In Trillanes’ case, the court martial proceedings were merely suspended because of the amnesty proclamation,” said Guevarra.

The DND added that it is considering Trillanes to have never left the service because the amnesty was voided.

Which proceedings will reopen? If the court martial reopens the “suspended proceedings” against Trillanes, for what charges will he be tried for?

Robles said the proceedings were for violation of Article 96 of the Articles of War for conduct unbecoming of an officer and a gentleman. The maximum penalty for such charge is dismissal from service.

(It’s like they’re fooling themselves. We will bring you back into the service just so we can remove you again. That is so out of place. That is blatant disrespect for our laws.) 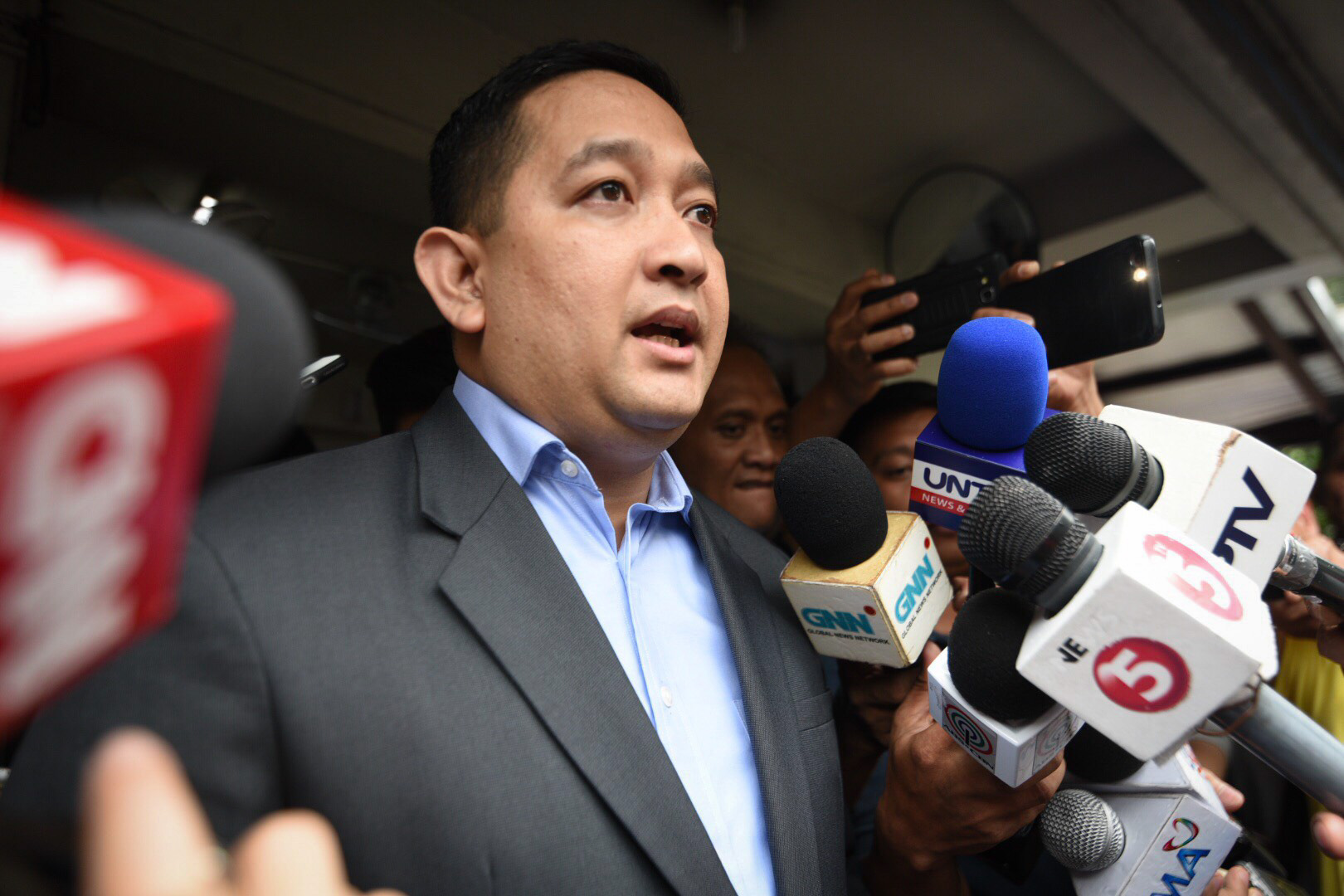 Were there ever mutiny proceedings? Asked what court martial proceedings will reopen against Trillanes,  Guevarra said “mutiny or sedition.”

Mutiny or sedition is punished under Article 67 of the Articles of War by “death or such other punishment as a court-martial may direct.”

Former Magdalo Representative Ashley Acedillo, who was with Trillanes during the 2003 Oakwood Mutiny, said there were never mutiny charges against the senator.

(The Supreme Court said we can no longer be charged for mutiny because we have already been charged for coup d’etat before the civilian court.)

It was a decision by the en banc on a petition filed by Trillanes and other mutineers who wanted their charges before the court martial dropped.

The decision revealed that in October 2003, the pre-trial investigation panel recommended to the AFP to charge Trillanes et al of Articles 63, 64, 67, 96 and 97. Article 67 is mutiny and Article 96 is conduct unbecoming of an officer and a gentleman.

However, the civilian lower court that tried them then declared that the crimes are not service-connected, “but rather absorbed and in furtherance for the alleged crime of coup d’etat.”

“Colonel Julius A. Magno, in his capacity as officer-in-charge of the Judge Advocate Generals Office (JAGO), reviewed the findings of the Pre-Trial Investigation Panel. He recommended that 29 of the officers involved in the Oakwood incident, including petitioners, be prosecuted before a general court martial for violation of Article 96 (conduct unbecoming an officer and a gentleman) of the Articles of War,” the decision revealed.

It added, “On June 17, 2004, Colonel Magnos’ recommendation was approved by the AFP top brass.”

Informed of these details, Guevarra told Rappler, “Leave that to the JAGO.”

Robles said Trillanes was never named as an accused in court martial proceedings over the Manila Peninsula siege.

“Noong nangyari ‘yung (during the) Manila Peninsula siege, he was a senator already, and he was formally discharged in 2007,” Robles said.

Trillanes ran and won as senator in May 2007. Robles presented documents dated May and August 28 to 29, 2007, where the military leadership acknowledged Trillanes’ resignation from the military, even clearing him and giving him his last payment.

One of the documents was signed by former military chief Hermogenes Esperon Jr, who is now the National Security Adviser of President Rodrigo Duterte.

Robles said they would only recognize a court-issued warrant, but that they were confident the Makati Regional Trial Court Branch 148 would not issue one. Guevarra said they will apply for a warrant next at Branch 150. Both courts dismissed the charges against Trillanes way back in September 2011.

(I suppose we know what’s right from wrong. If you see that this is wrong, don’t let yourself be used.) – Rappler.com