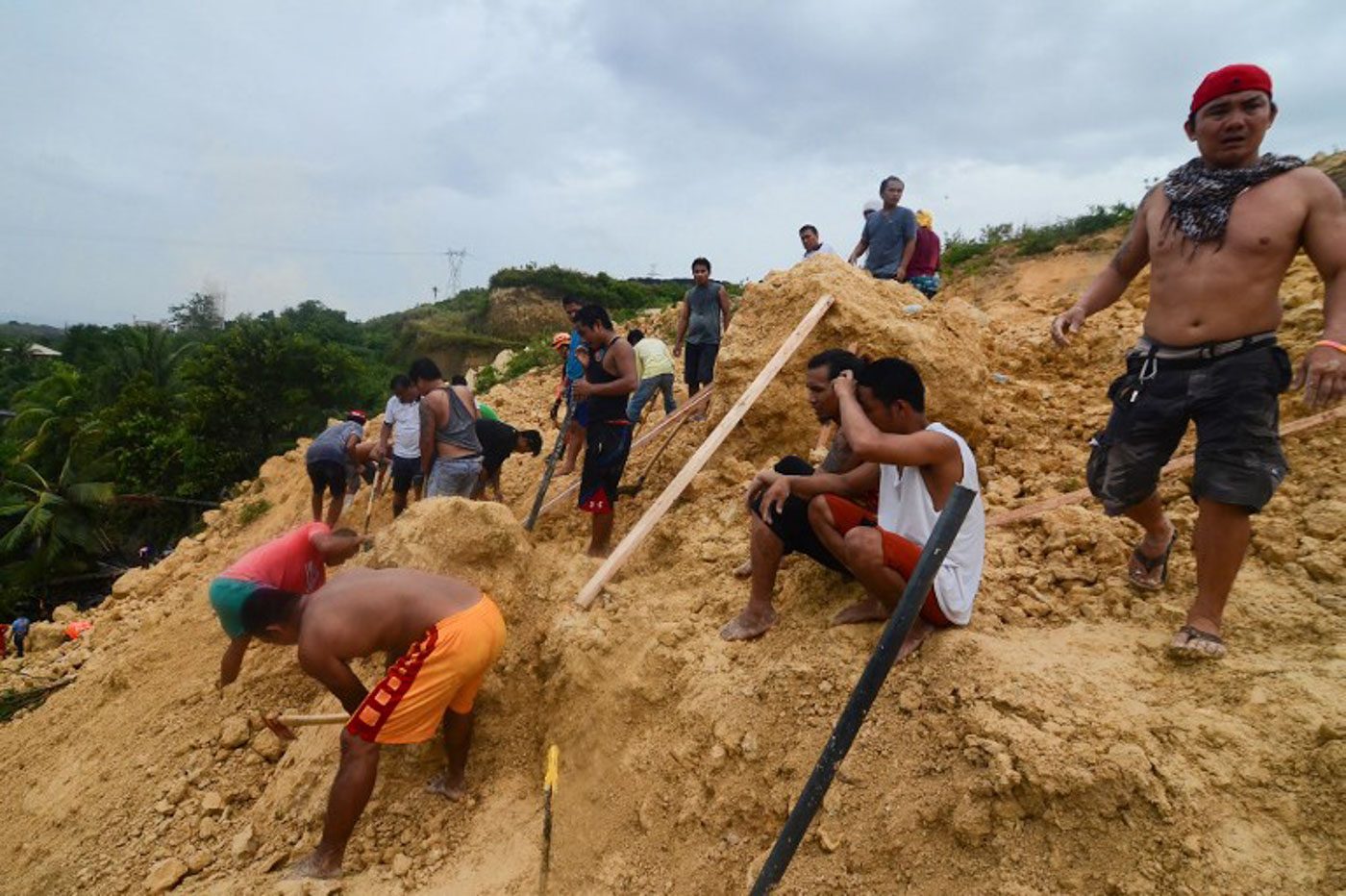 Facebook Twitter Copy URL
Copied
(UPDATED) According to reports, the city government has only declared a state of calamity in the villages of Tinaan, Naalad, Mainit, Pangdan, and Cabungahan

MANILA, Philippines (UPDATED) – Mayor Kristine Chiong of Naga, Cebu, wants her entire city to be placed under a state of calamity following a huge landslide that killed at least 29 people.

“The Incident Management Team is in unison – we are also declaring the city government, the city of Naga…. I already requested the Sangguniang Panglungsod (city council) to declare the city of Naga under state of calamity,” Chiong said in a press conference on Friday, September 21.

The city government had only declared a state of calamity in barangays Tinaan, Naalad, Mainit, Pangdan, and Cabungahan, the Cebu Daily News reported on Thursday.

Chiong said on Friday that at least 57 households were directly affected by the landslide which was triggered by days of heavy monsoon rains.

At least 9 people have been rescued so far, while 67 remain missing or unaccounted for. (IN PHOTOS: Rescuers dig for survivors in Naga, Cebu, landslide)

Chiong said they were exhausting all resources for the search, rescue, and retrieval operations which was on its second day.

The landslide came just 5 days after the massive landslide in the mining town of Itogon, Benguet, which was triggered by Typhoon Ompong (Mangkhut). At least 58 deaths  were recorded so far in Itogon as of Friday. – with reports from Rambo Talabong, Micole Gerard Tizon, and Sofia Tomacruz/Rappler.com