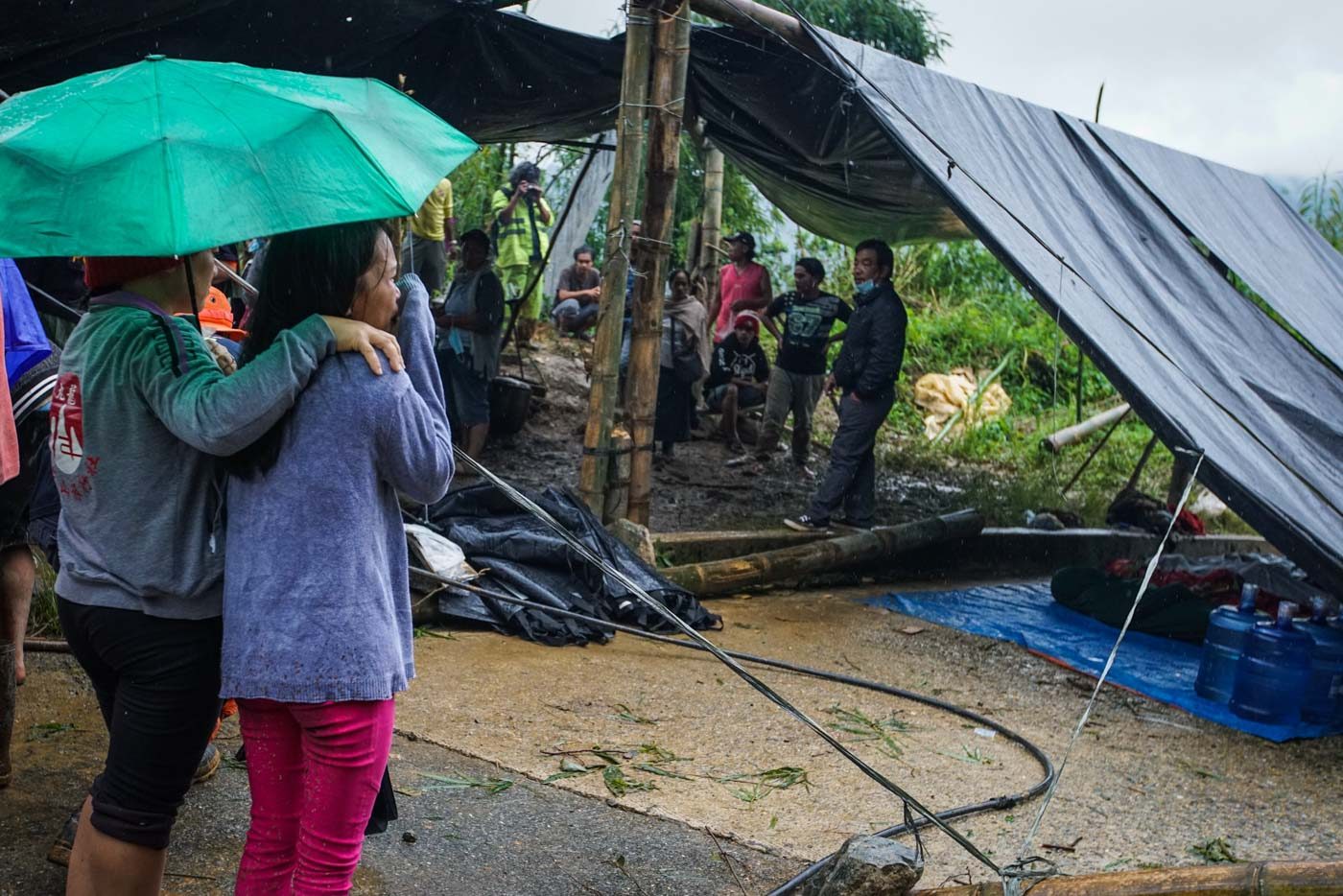 Facebook Twitter Copy URL
Copied
More than 30 people remain missing in the town of Itogon, many of them in the area where a huge landslide struck on September 15

MANILA, Philippines – The number of people who died in Itogon, Benguet, following the onslaught of Typhoon Ompong (Mangkhut) rose to 70 on Sunday evening, September 23.

Itogon police chief Senior Inspector Heherson Zambale told reporters that of the 70 fatalities, 45 were from Barangay Ucab. Of the 45, 42 were from Level 070 where a huge landslide struck on September 15.

These figures are as of 10 pm on Sunday.

At Level 070 in Barangay Ucab where the huge landslide occurred, a miners’ bunkhouse was buried.

Zambale earlier said the miners and their families refused to evacuate ahead of Ompong’s landfall, despite warnings from police.

But the tragedy was also rooted in “decades” worth of problems, as shown in a two-part special report by Rappler. Read Part 1 and Part 2. – Rappler.com