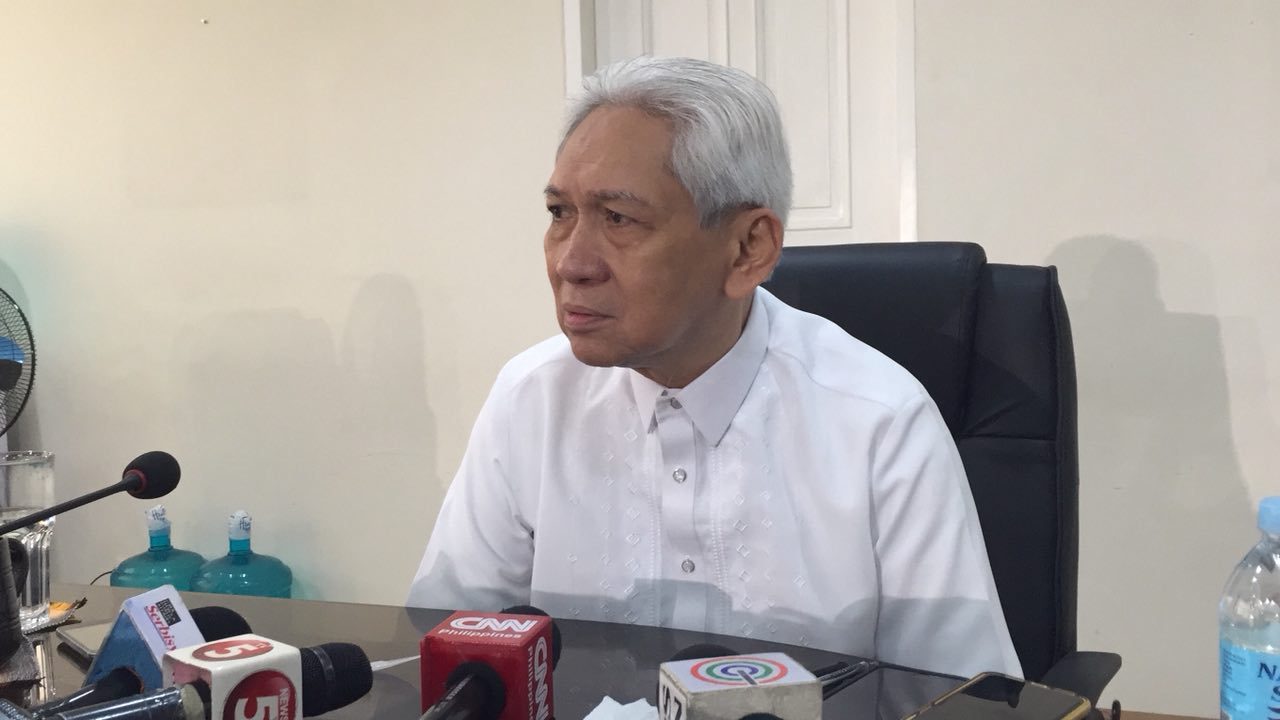 Facebook Twitter Copy URL
Copied
‘The law is economically not feasible to be implemented especially by 5th and 6th class municipalities,’ says the new Ombudsman

MANILA, Philippines – New Ombudsman Samuel Martires has recalled the suspension of 9 mayors, 3 vice mayors, and 60 other local officials who were administratively charged with violating the Solid Waste Management Act.

The officials who come from Cavite, Bulacan, Bataan, Albay, Nueva Vizcaya, Palawan and Leyte, were earlier found guilty of gross neglect of duty for failing to close open dumpsites in their towns and municipalities, contrary to the Solid Waste Management law.

The suspension orders were signed by former Ombudsman Conchita Carpio Morales, and some of them had already been forwarded to the Department of the Interior and Local Government (DILG) for implementation.

“In view of the ongoing review of the Office of the Ombudsman of all environmental cases, the decision is hereby recalled. As such, the order suspending from the service without pay for one year is withdrawn,” said the separate orders signed by Martires on different days in September.

The first set of suspension recalls may not be the last as Martires said he will review all environmental cases, which were handled by the environmental Ombudsman, the brainchild of Morales. (READ: Ombudsman Martires: I’m not out to please)

One of the mayors spared from suspension is Trece Martires Mayor Melandres Desagun, who has been sued for murder at the Department of Justice (DOJ) for the killing of vice mayor Alexander Lubigan.

Review of the law

Martires also called on Congress to review the law, for not being “economically viable” especially for poor municipalities.

“To close an open dump site, a 5-hectare open dumpsite, you need at least P13 million. P13 million is a lot of money insofar as fifth and sixth class municipalities are concerned,” Martires told reporters on Monday, September 24.

The orders make no mention of a legal basis for the Ombudsman’s authority to recall a previously signed order.

LOOK: A sample of Martires' order recalling the suspension of local exects charged of violating the solid waste act. There is no mention of legal basis of the Ombudsman's authority to recall a previously signed order. pic.twitter.com/49lfLpzNxn

This adds to the list of new policies by Martires seen by critics as favoring respondents.

Martires earlier issued an order that Ombudsman prosecutors should no longer file for suspensions against officials criminally charged before the anti-graft court Sandiganbayan.

The Sandiganbayan is empowered to suspend the officials without any motion from the Ombudsman.

The Ombudsman, meanwhile, is authorized to suspend or dismiss officials whom it will find guilty of administrative charges, just like the mayors in the said environmental cases.

Martires also earlier announced that he would order the termination of all fact-finding investigations that are not completed within a year.

Martires brushed aside criticisms, and is being consistent with his vision from the very start that the Office of the Ombudsman under him will not engage in witch hunts.

(If they’ll say that I’m favoring someone, I can’t do anything about those people who always have something negative to say, because there really are many people born angry.)

Here are the lists of local officials spared for now from suspensions: