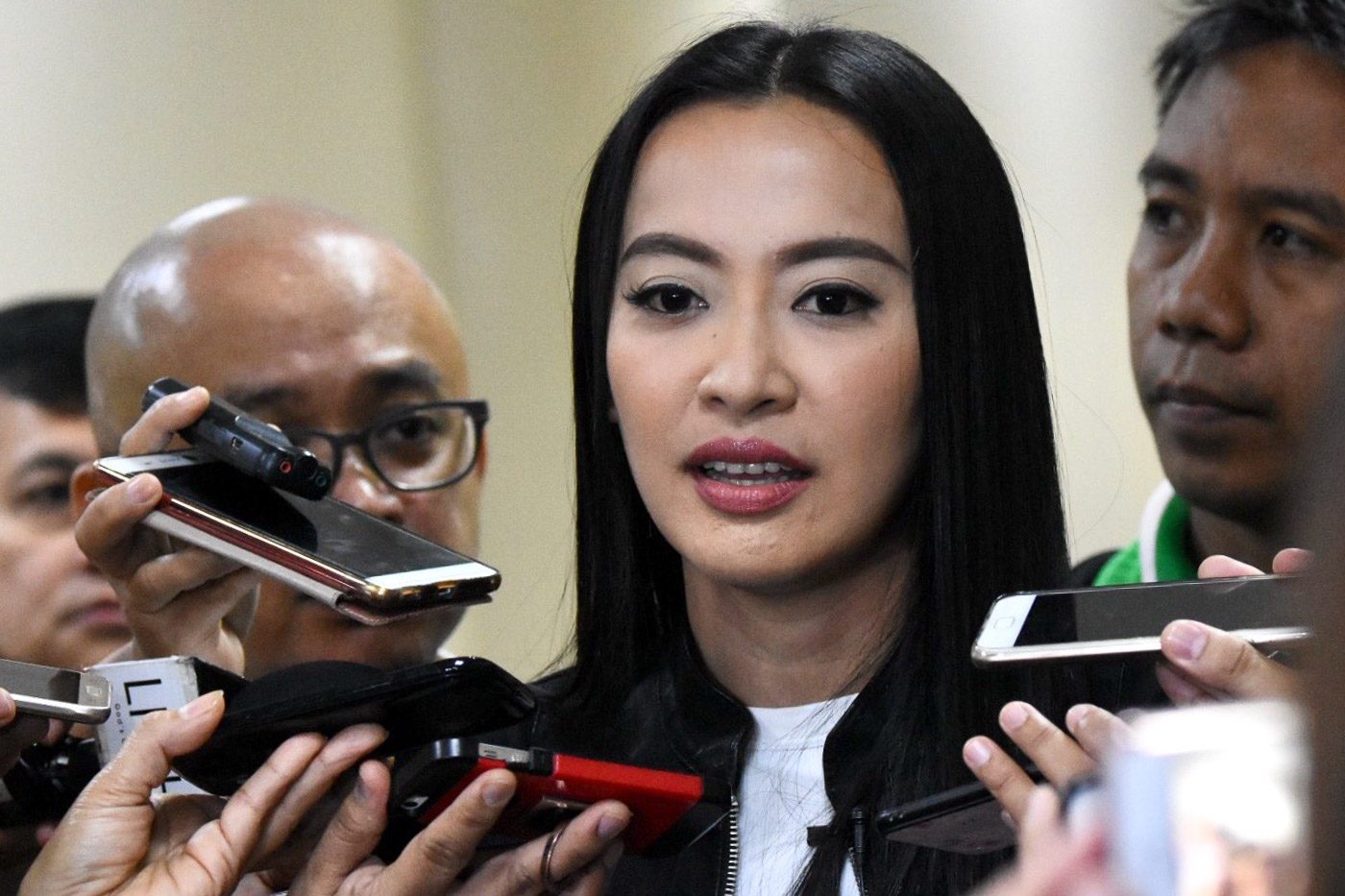 MANILA, Philippines – Fresh from announcing her resignation as communications assistant secretary, Mocha Uson vowed to level up her attacks against critics of President Rodrigo Duterte, especially lawmakers who, she said, had been targetting her to gain media mileage.

“Kung ano ‘yung ginawa ko po noong panahon po ng kampanya ganoon po. Suntukan tayo, bakbakan tayo. Huwag ‘nyo na ako pigilan (I will do what I did during the campaign. Let’s have a fist fight, let’s fight it out. Don’t restrain me),” Uson said in an interview with reporters at the Senate on Wednesday, October 3.

“Marami po diyan basta ‘yung mga epal na senador at kongresista kasi sumosobra na sila eh…. May blog naman po ako so raratsada tayo doon. Bakbakan na ‘toh, bakbakan na talaga ‘to (There are many senators and congressmen who have gone overboard…. I have a blog so we’ll carry on there. This is a fight, this is really a fight),” said Uson, refusing to name the lawmakers she would target.

Uson said she was now free from constraints that come with her PCOO post. She claimed that, while an assistant secretary she was asked to refrain from criticizing lawmakers so as not to endanger the PCOO budget.

“Malaya na po ako ulit na makipaglaban…Pero ngayon asahan ‘nyo na mas magiging matapang pa (I am free again to fight…. But now you can expect that I will be even fiercer),” she said.

While she maintained that her PCOO position had restrained her, Uson’s social media posts had prompted complaints against her at the Office of the Ombudsman and allegations of spreading false news and information on her blog.

Uson resignation now frees her to file for candidacy should she wish to run for a national or local elective post. But Uson kept coy about her 2019 plans, only saying she was “open” to the possibility.

She said she would follow President Rodrigo Duterte’s advice to “let the people decide.”

Uson also said she would take her cue from comments from her online supporters.

“Hindi ko po masasagot ‘yan ngayon. Basta kung ano po ‘yung mga mababasa kong comments sa Facebook, kung ano sasabihin ng mga supporters doon. Doon ko po titingnan (I can’t answer that now. I will listen to the comments I read on Facebook, to what the supporters say there. I will based it there),” she said, when asked about plans to run in the next elections.

Uson claimed she did not put too much stock in surveys on senatorial preferences. In the September Pulse Asia Research, Incorporated survey, she ranked 45th to 63rd place, far away from the top 12 probable winner’s circle.

But whether a lawmaker or a blogger, Uson said she would bring the “voice of the ordinary person” to the public sphere. – Rappler.com