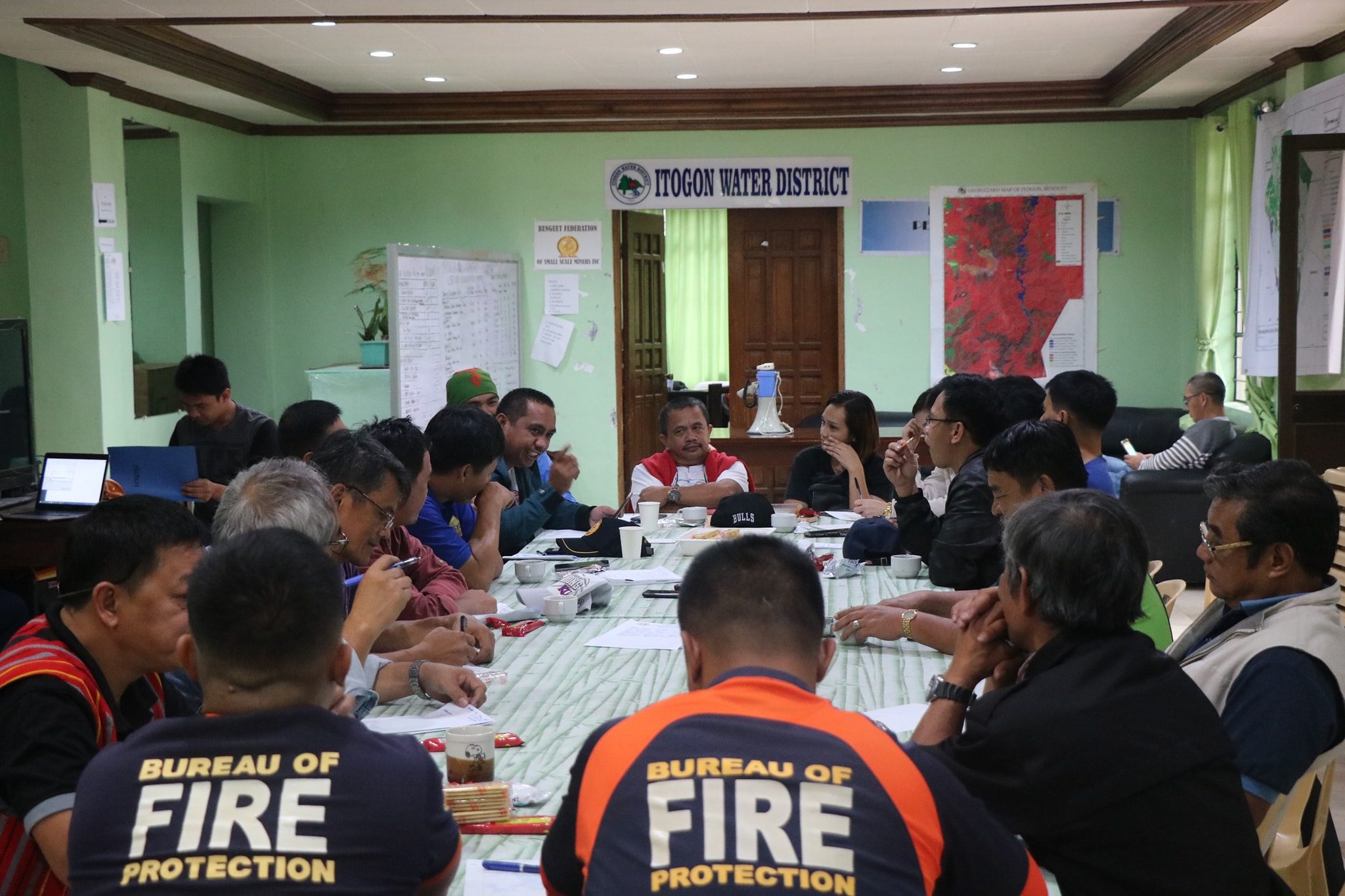 BAGUIO, Philippines – The town of Itogon in Benguet is determined not to have a repeat of last September’s tragic landslides.

More than 100 residents had died from landslides when Typhoon Ompong (Mangkhut) swept through the mountains last September.

In preparation for Rosita, police started visiting residents in hazard-prone areas on Sunday, October 28, to tell them to leave.

Palangdan said each of the evacuees should already have a “grab and go bag” with water, food, clothes, sleeping bags, first aid kits, batteries, important documents, and communication devices.

The mayor said they already prepared 7 major evacuation sites for the residents:

Meanwhile, 8 elementary schools in the barangays of Ampucao, Loacan, Poblacion, and Ucab have been ordered closed since October 10 because they are highly susceptible to hazards. The students have been transferred to neighboring schools.

Palangdan also suspended classes in all levels in Itogon until Wednesday, October 31.

Meanwhile, the Department of Agriculture’s office in the Cordillera Administrative Region delivered about 90 cavans of rice and assorted vegetables for Itogon and other towns in Benguet. – Rappler.com