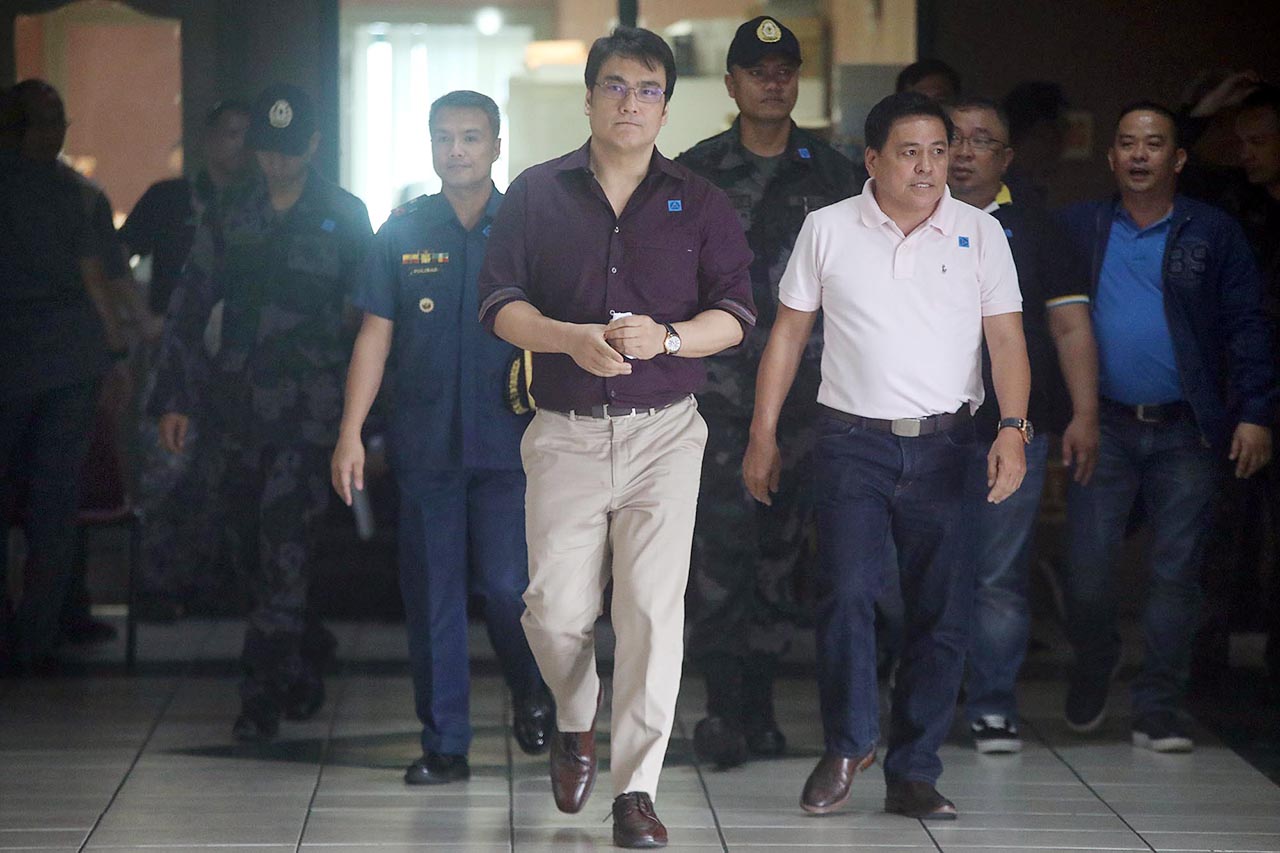 MANILA, Philippines – Former senator and plunder defendant Ramon “Bong” Revilla Jr has been allowed to visit his ailing father in the hospital on Saturday, November 17.

Revilla’s lawyers filed an urgent motion on Wednesday, November 14, asking the anti-graft court Sandiganbayan to allow the former senator to go to St Luke’s in Taguig on Saturday. It was heard by the 1st Division Friday morning, November 16, and granted that afternoon.

The 1st Division allowed Revilla a 2 pm to 7pm furlough, but said the detained senator must start traveling back to Camp Crame “not later than 5 pm.”

The 1st Division will hand out the verdict on Revilla’s plunder case on December 7, which will be the first-ever pork barrel scam case to be decided after 4 years of legal battle. (READ: Trial wraps for Revilla: Did prosecution tie loose ends?)

“The use of any means of communication and electronic gadgets (phones, cell phones, internet, etc) by the accused and those who will accompany him shall be under the control and supervision of the detailed PNP security. Media and other news interviews shall not be allowed,” the court added.

The older Revilla was confined at St Luke’s on November 14 and has been under treatment for aspiration pneumonia. – Rappler.com