Black Nazarene back in Quiapo Church after 21 hours 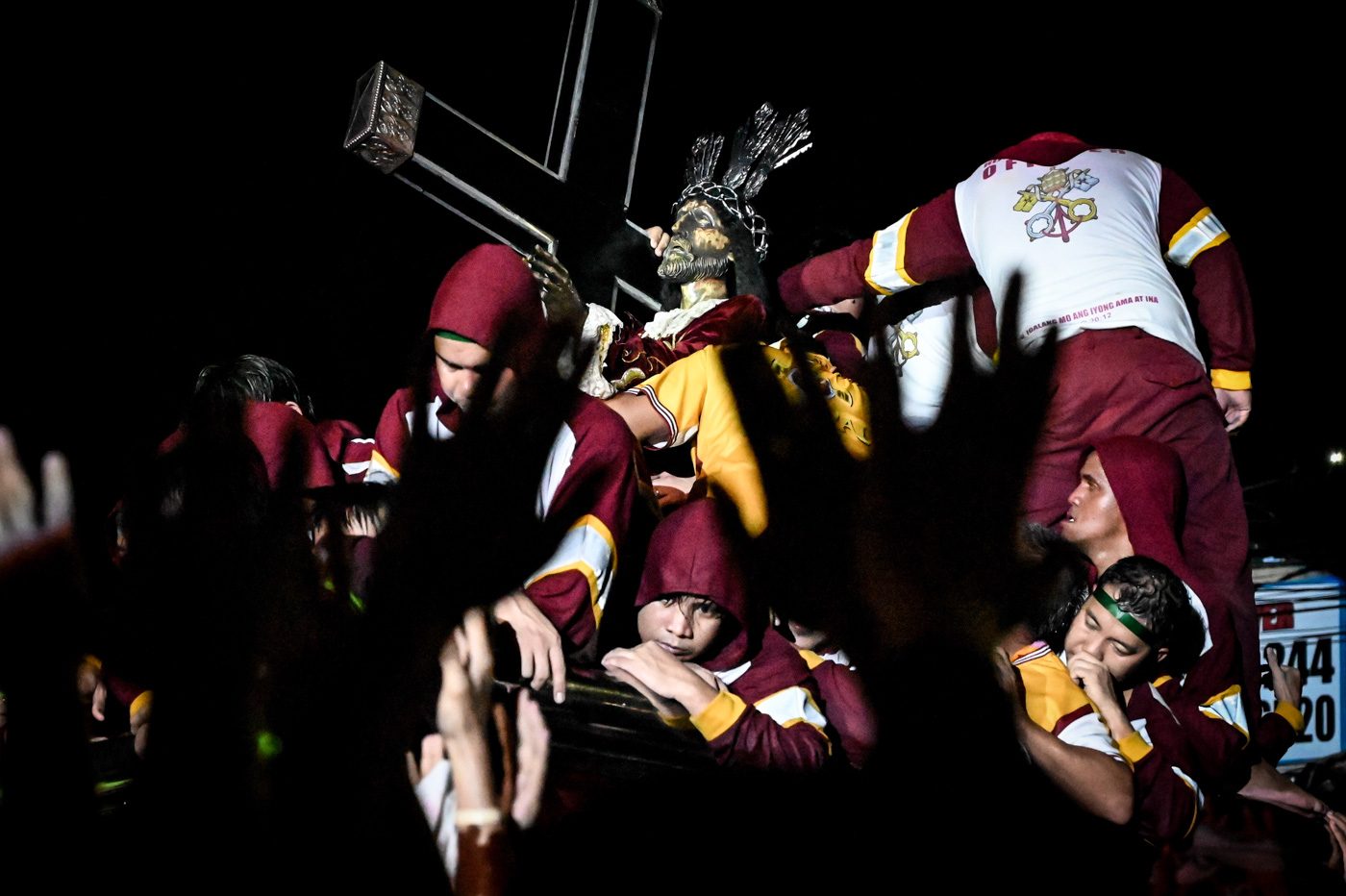 Facebook Twitter Copy URL
Copied
The image of the Black Nazarene returns to the Quiapo Church at around 2:21 am on Thursday, January 10

MANILA, Philippines – The image of the Black Nazarene reached Quiapo Church on Thursday, January 10, concluding the biggest religious procession in the Philippines, which started at the Quirino Grandstand in Manila a day earlier.

The procession, called the Traslacion, lasted around 21 hours.

The image entered the church at around 2:21 am on Thursday, flanked by volunteers who assisted devotees to touch the image, even with just their towels.

The journey of the venerated image takes almost a day because of the overwhelming number of devotees that jostle for its touch, which is believed to grant miracles.

The image entered the Quiapo Church earlier than it arrived in 2018, when it came in at around 3:05 am.

The Black Nazarene statue, which was brought to Manila by Augustinian priests in the 17th century, was said to have been burnt black after a ship carrying it caught fire during its transpacific voyage from Mexico. – Rappler.com