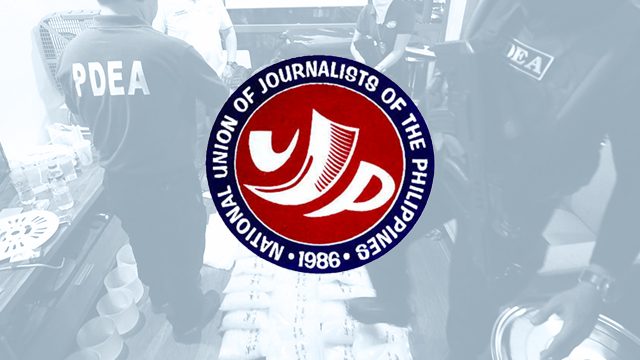 BAGUIO, Philippines – The Baguio City Council has joined media groups in their bid to remove the government requirement for journalists to become witnesses and signatories to documents involving illegal drug operations.

The Baguio City Council approved Resolution No. 9 series of 2018 on January 14, “strongly supporting the petition of the National Union of Journalists of the Philippines, Baguio-Benguet Chapter and the Baguio Correspondents and Broadcasters Club to exclude media practitioners as witnesses and from signing copies of the inventory of contraband/s and other item/s seized during anti-drug raids/operations.”

According to the resolution’s main author, Vice Mayor Edison Bilog, this is “to protect the integrity and welfare of the media practitioners.”  (NUJP to gov’t: Don’t require media as witness in anti-drug operations)

The resolution said that Republic Act No. 9165 or the Comprehensive Dangerous Drugs Act of 2002 spells out procedures in handling seized contraband including the signing of the inventory and the items’ eventual destruction. Under the law, a media representative is among those identified to serve as a signatory and witness to these activities.

“As a consequence of the Act, representatives from the media are required to sign the copies of the inventory during drug raid, then to be present in the burning and destruction of confiscated drugs and paraphernalia, and lastly they would still be involved after criminal charges were filed,” the resolution said.

It added that “the signing of copies of inventory during such operation was set as a condition in allowing media practitioners to cover the operations though they are optional witness or witnesses.”

“Such provisions of the law put journalists in danger as they become a participant/s against illegal drug operations, they may be at risk of retaliation from crime syndicates, and during the prosecution of criminal complaints, it may place them and possibly expose them to prosecution from perjury and other offenses in the event of irregularities,” the resolution said.

During the National Congress of the NUJP,  a resolution was passed urging amendments to RA 9165 to remove the role of journalists in anti-drug operations, to not require them as witnesses in the operations, and to limit media participation in drug raids to only media coverage for journalism purposes.

The NUJP and the Philippine Press Institute have started an online petition entitled “Sign Against the Sign” to gather signatures for this resolution. – Rappler.com