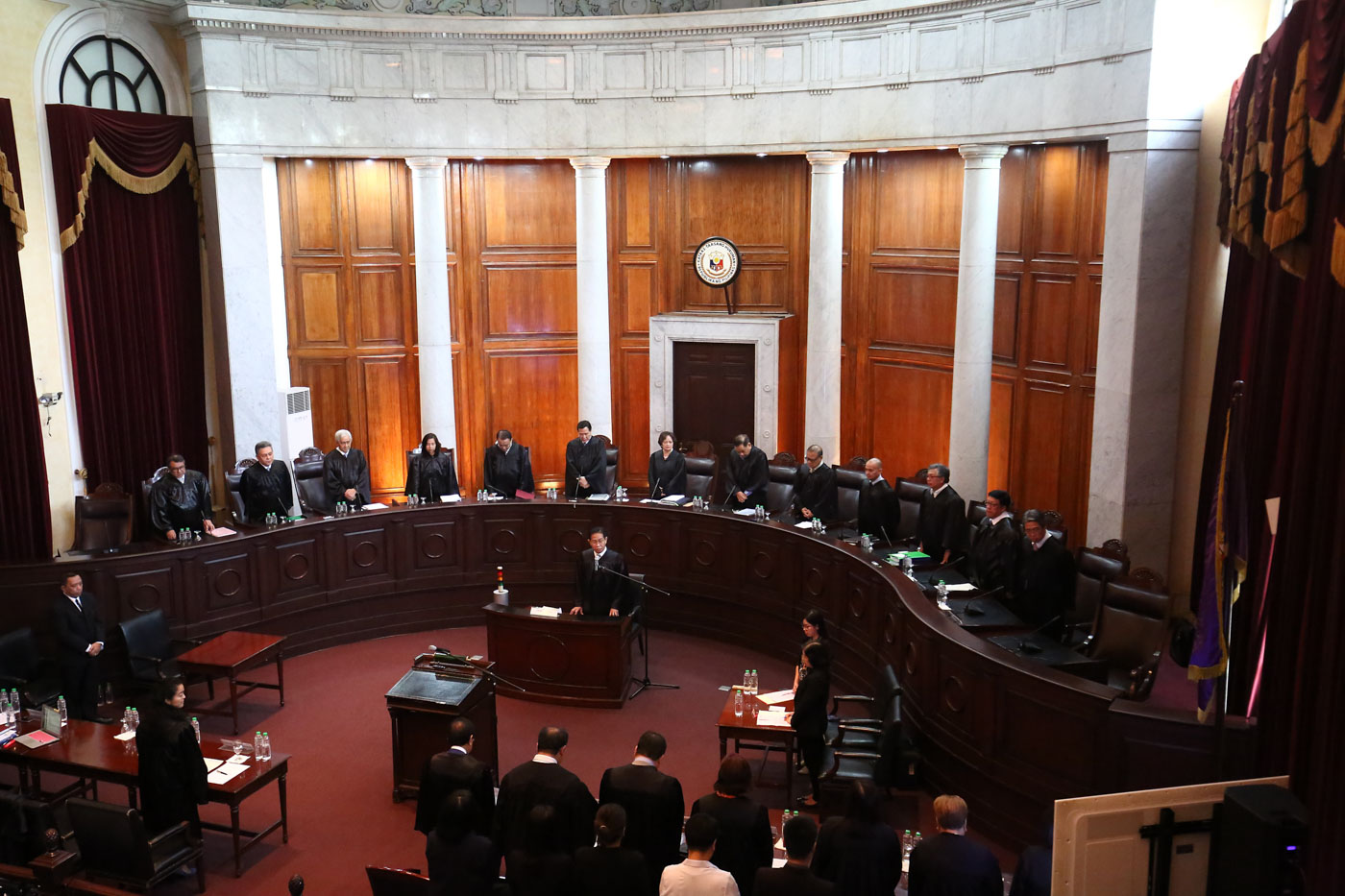 MANILA, Philippines – The Supreme Court en banc has denied several requests for the full Statements of Assets, Liabilities, and Net Worth (SALNs) of the justices of the Court.

The en banc is maintaining its policy of releasing only summaries of the justices’ SALNs, which the Court uploads on its website. The summaries, however, still do not include 2018.

Requests were also made for the justices’ Personal Data Sheets (PDS), but they were also denied.

The policy of withholding full SALNs is based on a Court decision in 2012 – after the impeachment of former chief justice Renato Corona – requiring individuals who request for the justices’ full SALNs to present a strong justification for it.

Rappler cited “public interest” and “journalistic purposes” as reasons for the request for the full SALNs, telling the en banc that this was “in line with the government’s transparency measures.” The en banc said in its notice that it was providing Rappler with a summary.

Rappler saw the request of the Movement Against Tyranny, which read: “Since the majority of the Court has ruled that SALN filing is equivalent to the requirement of integrity, the Supreme Court is now required to be transparent with the SALNs of the incumbent justices.”

The en banc denied the above request “for lack of reasonable and sufficient basis.” The same reason was provided for the request of Villarin.

Former chief justice Maria Lourdes Sereno was ousted for her failure to file SALNs for several years when she was at the University of the Philippines.

The en banc took issue with this, saying it was an integrity requirement that Sereno did not comply with and which made her unqualified for the post.

Why the need for a full SALN

There are missing details that are of public interest.

For example, during the public interviews on August 16 with nominees for chief justice, the remarkable jumps in the wealth of Chief Justice Lucas Bersamin and Associate Justice Diosdado Peralta were discussed.

The selection of a chief justice at the time was delayed because the Judicial and Bar Council, which vets the nominees, needed more time to scrutinize the applicants’ SALNS.

In the absence of a full document, the public is not able to independently scrutinize a public official’s wealth and assets disclosures.

An increase in assets, for instance, can only be understood or could raise legitimate questions if disclosed along with other details, such as whether the official has a newly-acquired property, or newly-acquired business shares, or just cash deposits that may have come from pension or somewhere else.

Rappler requested the en banc for copies of Bersamin and Peralta’s letters to the JBC to address the questions about their assets, but these requests were merely “noted.”

At the House of Representatives, stricter guidelines have also been imposed where one must pay P300 for each SALN request, or a total of P87,300, for the SALNs of all 291 members of the lower chamber. – Rappler.com