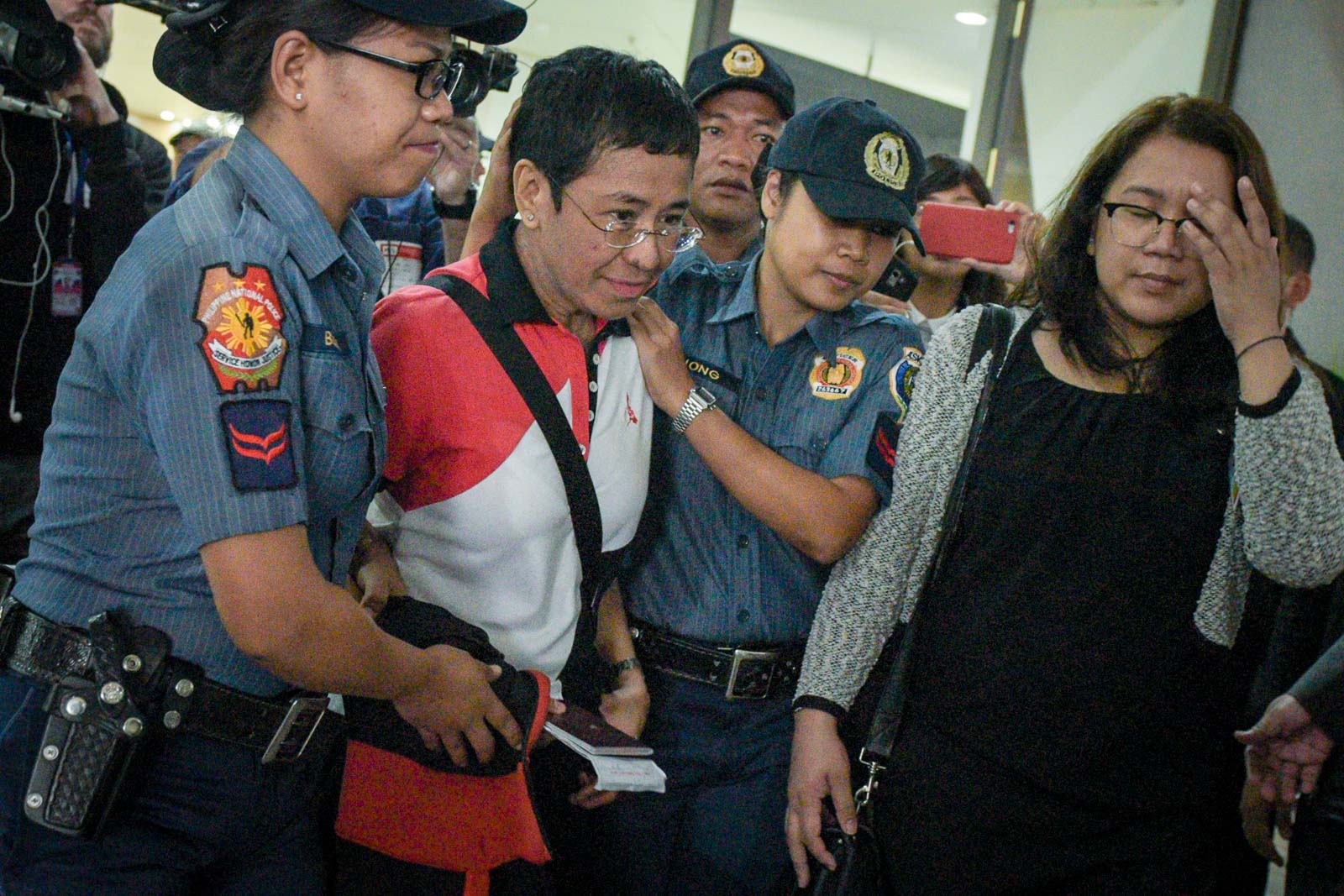 Pasig police officers served the warrant of arrest the moment that Ressa deplaned at the Ninoy Aquino International Airport (NAIA) Terminal 1. Police officers took Ressa and her lawyer on board their police car.

Ressa said she would immediately post bail as she was being escorted to the police car.

“To any officer of the law, you are hereby commanded to arrest the person Maria Angelita Ressa who is to be found at (address redacted) or elsewhere and who stand charged before me of the crime of violation of Section 2-A of Commonwealth Act No. 108 or the Anti-Dummy Law,” said Judge Acerey Pacheco in an arrest order issued on Thursday. 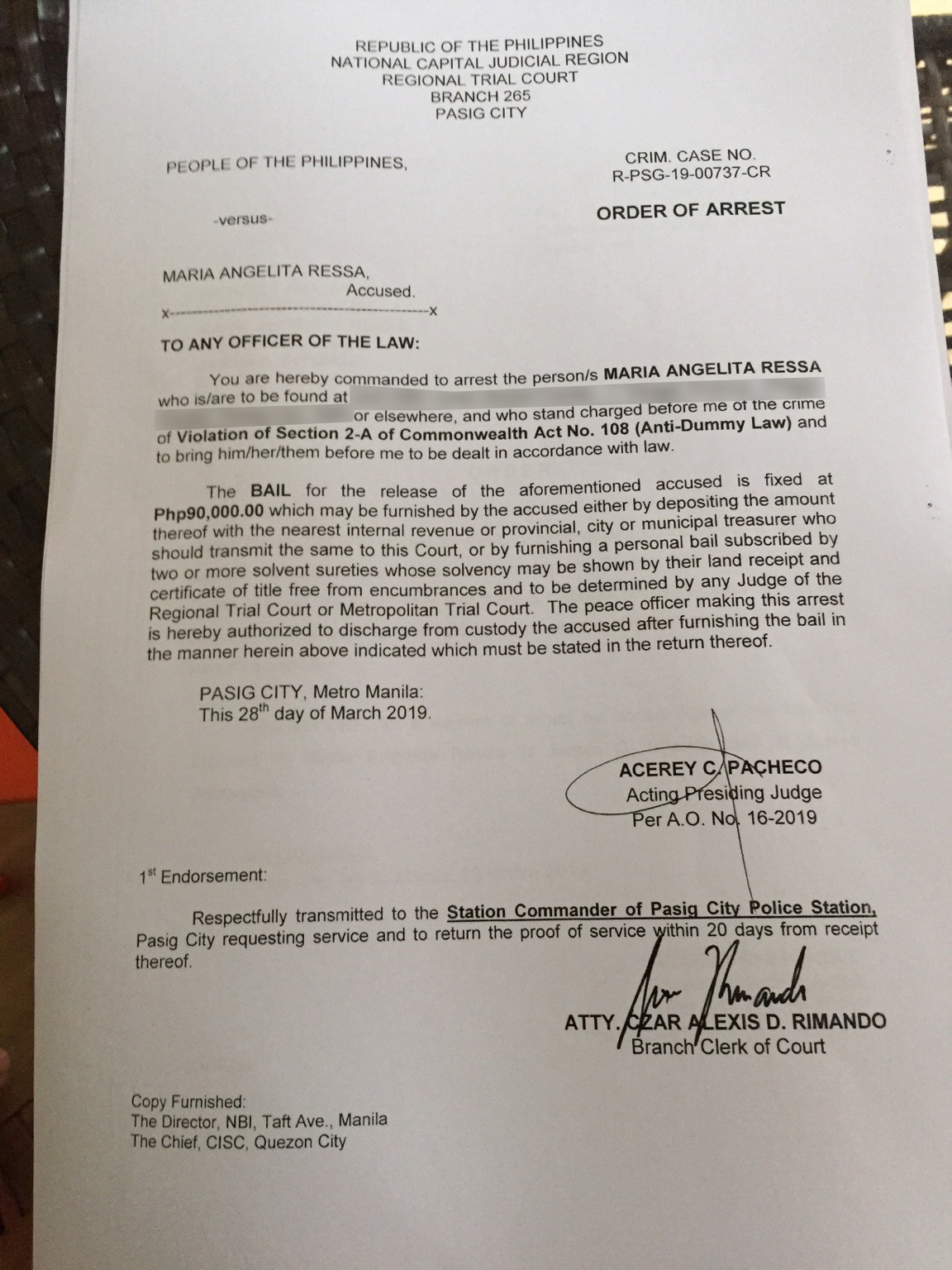 The charge against Ressa was raffled off to Branch 265 only on Wednesday, March 27.

Ressa’s co-defendants in the charge, including Rappler managing editor Glenda Gloria, and members of the company’s 2016 board, paid their bail worth the same amount on Wednesday even if there was no warrant yet.

Defendants can pay bail ahead of a warrant to avoid inconvenience. Ressa was abroad when charges were filed; she is out on a travel bond on her other charges before 3 different courts.

Ressa, Gloria and the 2016 board members are also charged of one count each of violating the the Securities Regulation Code and the Anti Dummy Law. But Judge Pacheco ordered that they be re-raffled to a special commercial court.

They were raffled on Thursday to Branch 158 under Judge Maria Rowena Modesto San Pedro. Bail for the Securities Regulation Code offense was set at P128,000 (US $2,441) each. Defendants were yet to post this bail.

The charges stemmed from a complaint by the National Bureau of Investigation (NBI) which said that Rappler violated the Anti-Dummy Law for issuing Philippine Depositary Receipts (PDRs) to foreign investor Omidyar Network.

The Securities and Exchange Commission (SEC) has attempted to shut down Rappler in 2018 over the PDRs which it said amounted to foreign control.

In its two rulings on the case in July 2018 and February 2019, the Court of Appeals (CA) said the SEC had basis to question the clause but also stressed that Rappler should have been given time to address it.

This is the 7th active court case against Ressa, and the 11th case overall against Rappler, its directors, and staff since January 2018, when the SEC attempted to shut the company down. – Rappler.com