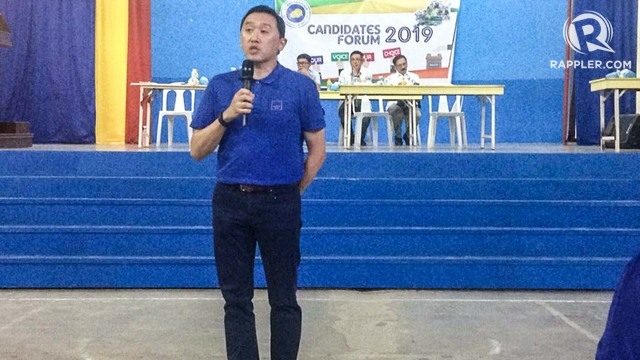 Facebook Twitter Copy URL
Copied
Bohol governor-elect Arthur Yap, who faces a graft complaint, is allowed to travel to Belgium and the Netherlands and to go on a cruise from Japan to South Korea in June 2019

MANILA, Philippines – The Supreme Court (SC) granted an urgent petition filed by Bohol governor-elect Arthur Yap to travel abroad in June, even as he faces a graft complaint at the Sandiganbayan.

Yap argued he was not a flight risk, considering he was a newly-elected public official and had served as Bohol’s 3rd District representative in the 17th Congress. He added that his personal, family, and business interests remain in the Philippines.

In a resolution issued by the High Court’s 1st Division, the SC said, “In view of the manifestations and the assurances by the petitioner that he has no reason to flee the jurisdiction or to evade his responsibilities, the Court finds that he has proven he is not a flight risk.”

The SC said it also considered Yap’s previous posting of a P120,000 travel bond with the Sandiganbayan, which has not yet been withdrawn.

Yap will be in Belgium and the Netherlands from June 6 to 16, then in Japan and South Korea from June 23 to 29.

Yap said that as governor-elect, he would like to attend a solid waste management and desalination program sponsored by the Netherlands embassy from June 10 to 11.

On other days, Yap added, he wants to bring his family around Belgium and the Netherlands and later on, a cruise departing from Japan and disembarking in South Korea.

The SC ordered Yap to deposit a P100,000 travel bond and to put into writing the “personal agent” who would act with authority for and on his behalf while he is out of the country. It also ordered Yap to give written notice of arrival within 24 hours of returning to the Philippines.

The approval of Yap’s travel request comes after the High Court issued a temporary restraining order last May 3 stopping the Sandiganbayan from proceeding with a graft trial. Yap was linked to an alleged P15.78-million car loan scheme availed of by employees of the Philippine Rice Research Institute. – Rappler.com