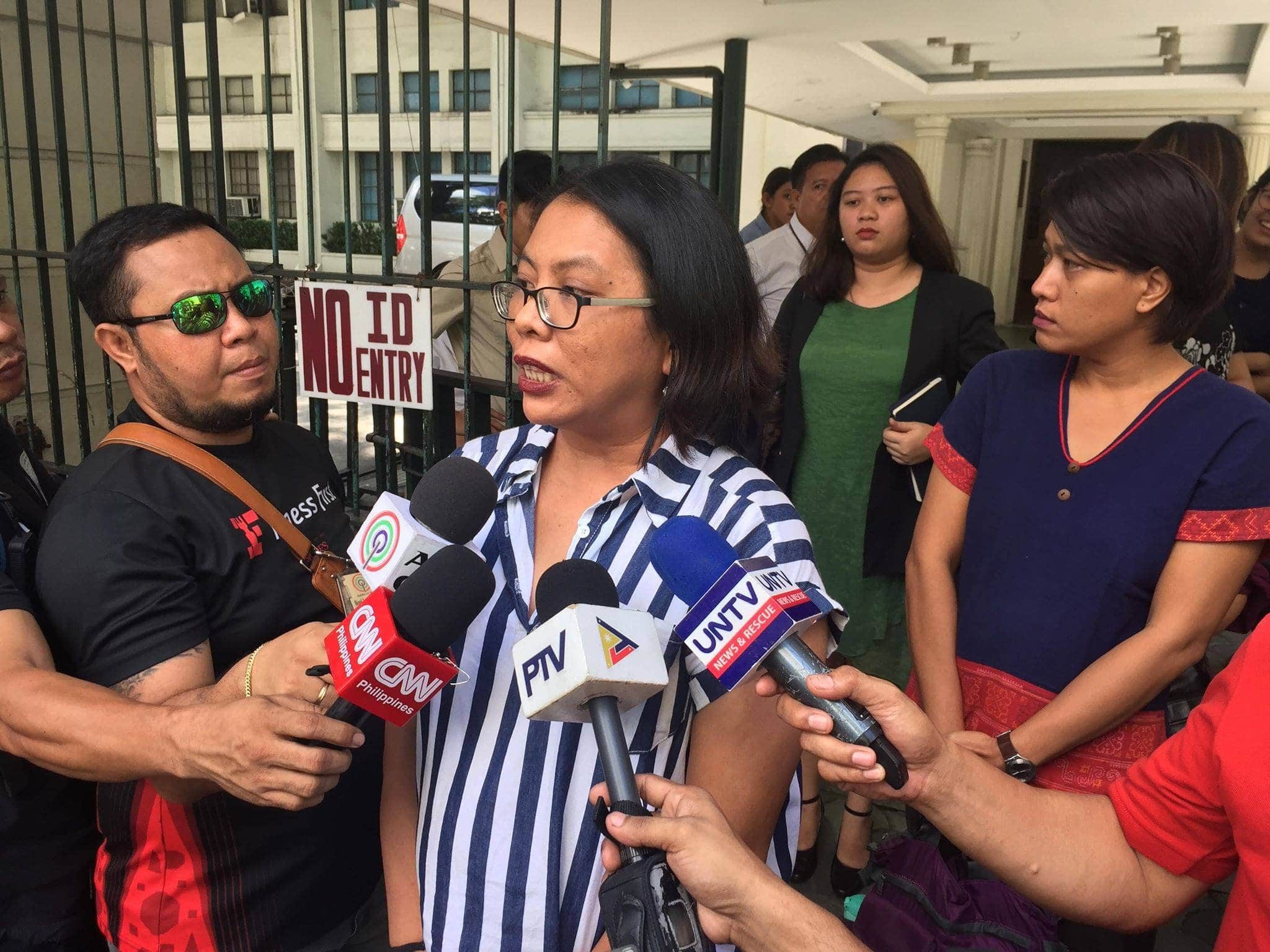 MANILA, Philippines – It was a small victory for rights groups that quickly lost its momentum after the Court of Appeals (CA) on Tuesday, June 18, terminated – after just one hearing – the writ of amparo case of human rights group Karapatan.

Karapatan Secretary General Cristina Palabay said she was “deeply disappointed” at the outcome of the hearing on Tuesday, after the CA 14th Division submitted their case for decision without giving them the chance to present testimonies and witnesses.

In May, the Supreme Court issued a writ of amparo and habeas data in favor of Karapatan, religious group Rural Missionaries of the Philippines, and women’s group Gabriela. They want court protection against threats to the lives, liberty, and security of their members through a writ of amparo; and for the government to disclose and destroy all files or records gathered against their members through a writ of habeas data.

A writ of amparo is a legal remedy seeking a protection order. The CA is meant to decide on the plea of Karapatan for  a protective order, or a restraining order of sorts against the military.

During the first hearing on Tuesday,  Associate Justice Mario Lopez asked Karapatan and its counsels for their judicial affidavit. The lawyers for the rights groups explained that they only brought with them a list of witnesses, expecting the hearing to be a pre-conference.

But Lopez said it was a summary hearing and denied the group’s plea to submit the affidavits at a later time. The case was therefore submitted for decision without presentation of evidence.

The National Union of Peoples’ Lawyers,  Karapatan legal counsel in the case, has its own ongoing writ of amparo trial at the CA Special 15th Division. NUPL secretary-general Ephraim Cortez said NUPL was given a pre-conference.

“So why allow some procedures in some cases involving one petitioner and disallow following these procedures in this particular case? We argued this should have been followed, otherwise there is a violation of due process for our clients,” Cortez told reporters after the hearing.

Palabay said the denial to present evidence felt like a second death to their group.

(Is the court trying to kill us twice over? We went to the court to ask for legal protection because of the threats – we think the President and military officials’ direct statements against Karapatan are not mere words. They’re coming true. We are being killed.)

NUPL assistant secretary general Josa Deinla said she was “deeply disturbed” by the CA’s treatment of their case.