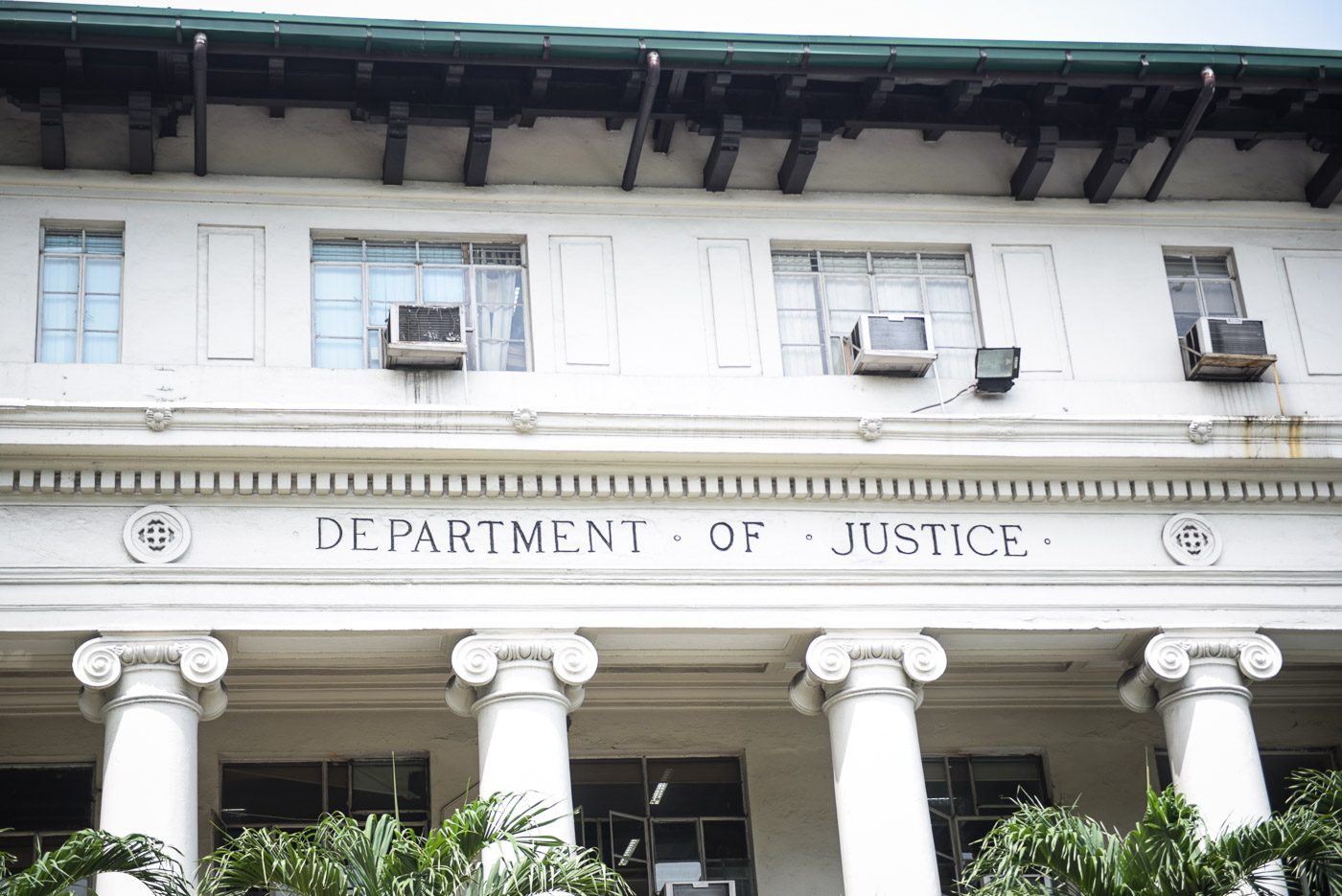 Facebook Twitter Copy URL
Copied
'There were 23 types of meetings/fora/dialogues wherein two to 5 participants were sent by DOJ to attend, resulting in huge amounts of traveling expenses being spent by DOJ totaling ₱5,550,149.44,' the Commission on Audit says

MANILA, Philippines – The Commission on Audit (COA) has called out the Department of Justice (DOJ) for “huge amounts of traveling expenses” amounting to P5.5 million benefiting the same group of officials and personnel in 2018.

According to the audit, the DOJ spent a total of P7.8 million for the foreign travels of officials and personnel who attended 23 meetings, fora, and dialogues. (READ: Auditors flag P7-M worth of OSG travels)

Of that amount, P5.5 million was spent on the travels of the same group of people, COA said.

“There were 23 types of meetings/fora/dialogues wherein two to 5 participants were sent by DOJ to attend, resulting in huge amounts of traveling expenses being spent by DOJ totaling ₱5,550,149.44. We also noted that, majority of those who were sent to attend such events, were the same officials/personnel of DOJ,” said COA.

Auditors want the DOJ to justify the benefits of having so many travels for the officials, and to “provide a cost-efficient benefit on the said undertakings attended by the listed officials/personnel.”

The COA also found that the DOJ has a Government Fares Agreement (GFA), a government-prescribed process for procuring airline tickets.

“Any procurement of airline tickets outside GFA may be subject to COA findings or disallowances,” COA said in its 2018 report on the DOJ.

The COA said the DOJ must “stop the practice of procuring airline tickets through travel agencies.”

State auditors also noted that P771,643 worth of travel expenses were not supported by proper documentation.

“On the other hand, review of disbursement vouchers and liquidation reports pertaining to various travels during the year were not supported with complete documentation totaling ₱771,643.30, contrary to COA Circular No. 2012-001 dated June 14, 2012, the prescribed rules/guidelines listing all documentary requirements for common government transactions,” said COA.

In its exit conference, the DOJ justified the foreign trips and told COA that the foreign travels were not “unnecessary expenditures” because they are required of the Phlippine contingent to attend as members of the Association of Southeast Asian Nations (ASEAN) and other treaties.

The DOJ said it had submitted the proper documentation to COA.

In a text message, Justice Secretary Menardo Guevarra said that “the DOJ will comply with all audit recommendations.” – Rappler.com