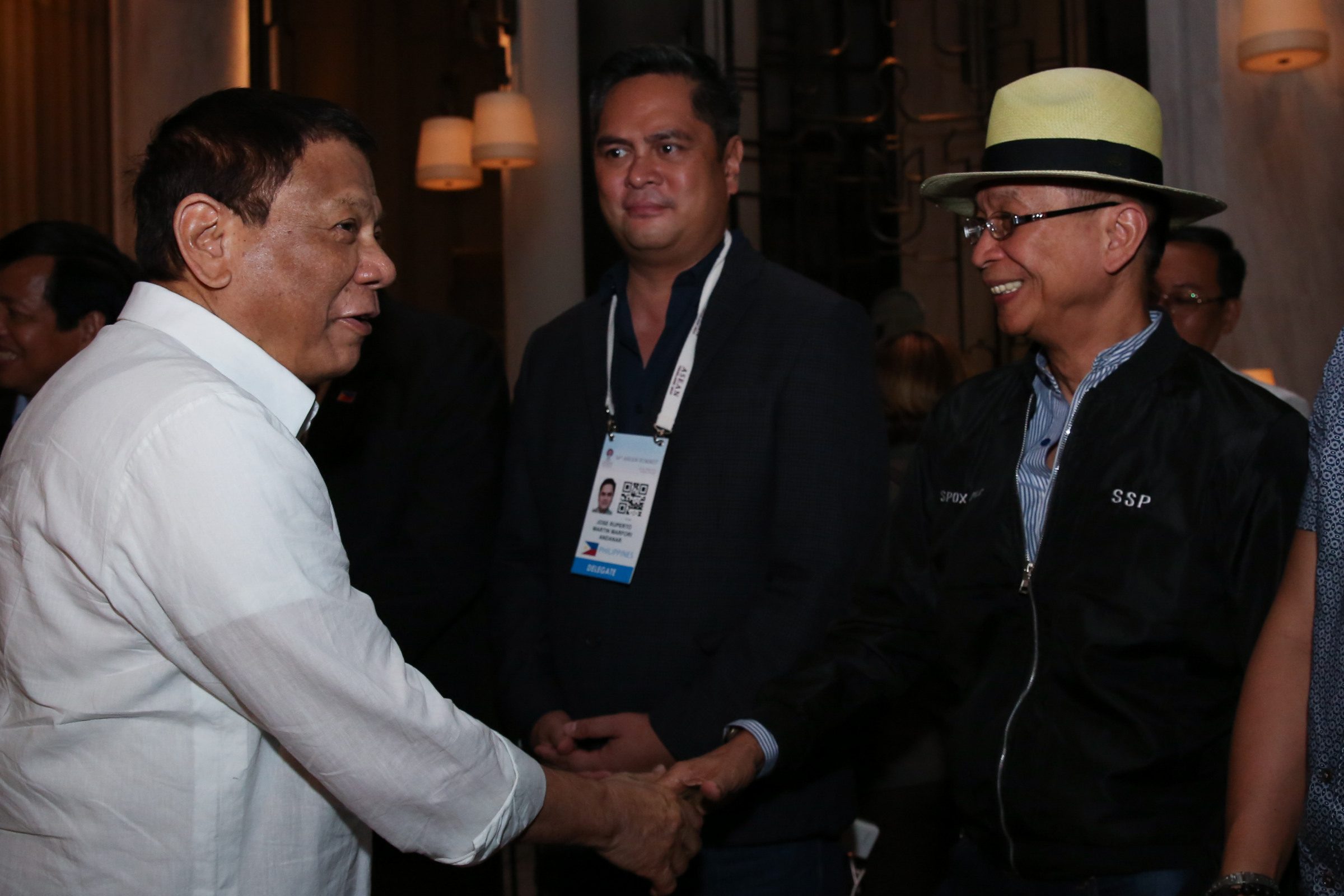 MANILA, Philippines (UPDATED) – It’s another change in tune by the Philippine government as Malacañang clarified the terms of an upcoming joint investigation between the Philippines and China over the sinking of a Filipino boat near Recto Bank (Reed Bank).

Presidential Spokesperson Salvador Panelo backtracked on Saturday, June 22, and said a 3rd party will only come in if China and the Philippines disagree. Panelo and Foreign Secretary Teodoro “Teddyboy” Locsin Jr earlier made categorical statements about the need for an independent 3rd party.

“You need a 3rd party lang kung hindi kayo mag-a-agree. Kung mag-a-agree naman kayo, what do you need the third party for? What is clear is both parties will be investigating and share their findings. Kung pareho, nothing to discuss anymore,” Panelo told reporters in Bangkok on the sidelines of the Association of Southeast Asian Nations Summit, as reported by GMA News.

(You only need a 3rd party if you don’t agree. But if you agree, what do you need the 3rd party for? What is clear is both parties will be investigating and share their findings. If they’re the same, there’s nothing to discuss anymore.)

President Rodrigo Duterte earlier agreed to a joint Philippines-China investigation into the sinking of a Filipino fishing boat by a Chinese ship in Recto Bank, a potentially oil-rich region in the West Philippine Sea (South China Sea).

Panelo said Duterte wants a joint investigating committee with “3 groups of highly qualified and competent individuals,” the third group being a “neutral country.”

Locsin also described it on Twitter as “a maritime inquiry with an independent third party, e.g., Brunei.”

The tri-party probe was called as an “overt surrender of sovereignty” by former chief justice Maria Lourdes Sereno.

Sereno said that with Philippines and China already echoing each other over accounts of the incident, a 3rd party will just be used to “deodorize the outcome,” and will reduce Philippines to just a mere participant in an investigation that should have been exclusively Filipino.

The incident happened in Recto Bank (Reed Bank) where Philippines enjoys exclusive sovereign rights. The Philippine fisheries code empowers the Duterte government to make a summary finding and fine China up to $1,000,000 for just its presence in Philippine waters.

The Department of Transportation (DOTr) has submitted to Malacañang the results of the Marina and Coast Guard investigation into the incident, but the government has yet to release the findings.

Panelo said they were still waiting for China to declare its terms of a joint probe.

(We accepted it, but maybe we have a different concept of a joint investigation so we will wait for them.)

Locsin  – who was vocal against a joint probe – said he agrees to the China proposal of conducting “respective comprehensive investigations, and should there be ‘inconsistencies,’ both sides should establish a ‘joint investigation group’ and exchange information directly rather than through media.”

When asked why inconsistencies should be hidden from media, and therefore the public, Locsin said, quoting Jack Nicholson: “Because it can’t handle the truth?”

China has admitted that it was a Chinese vessel that hit a Filipino ship, but claimed it was a nothing more than an accident at sea. The Duterte government has echoed this statement, with the President himself describing it as a “litte maritime accident.” – Rappler.com